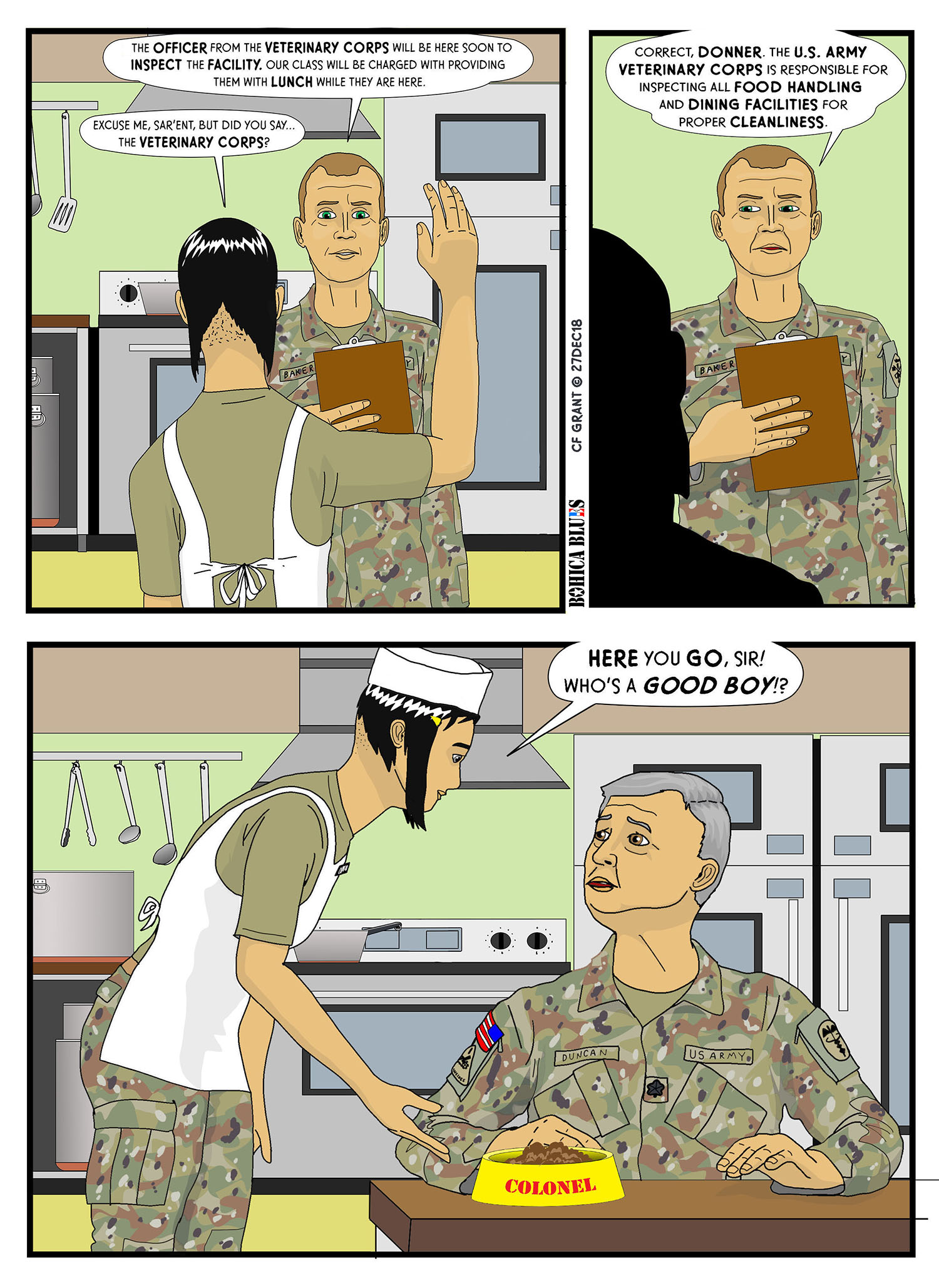 I cannot help but wonder how many Veterinary Corps personnel have to put up with this kind of humor on a daily basis.
That said, yes, it is true: the US Army has a Veterinary Corps. Of course this was left over from the time of horse cavalry and pack mules, when a good veterinarian was as vital to military effectiveness as food or ammunition… or doctors for human troops. Over time we transitioned from horses and mules to machinery, but we retained a Veterinary Corps.
Of course there are still animals in service, primarily Military Working Dogs. There aren’t enough MWD’s to keep the Veterinary Corps afloat, and there aren’t enough pet dogs of servicemember families, either. So what does the Veterinary Corps do?
They’ve been placed in charge of what you see here– food handling, food service, safe storage, and so on. Generally, the sanitation of human food consumption is assured by Veterinary Corps inspections. It may seem odd, but the truth is, medical-level sanitation is the same for animals and human, and if something is medically sanitary, then it is sufficient for food sanitation. So the Veterinary Corps actually serves a vital role in food safety… leaving regular human doctors free to concentrate on dealing with human diseases or injuries.
As an aside, veterinary support is also still vital on the battlefield even in this day and age. Many of the places the Army gets deployed to are in countries where animals are still mainstays of the village economy. In places where troops are trying to gain the support of the local population, the ability to heal and vaccinate goats, cattle, and similar animals the people survive on can be game changing. The Veterinary Corps can help.