What You Gotta Do 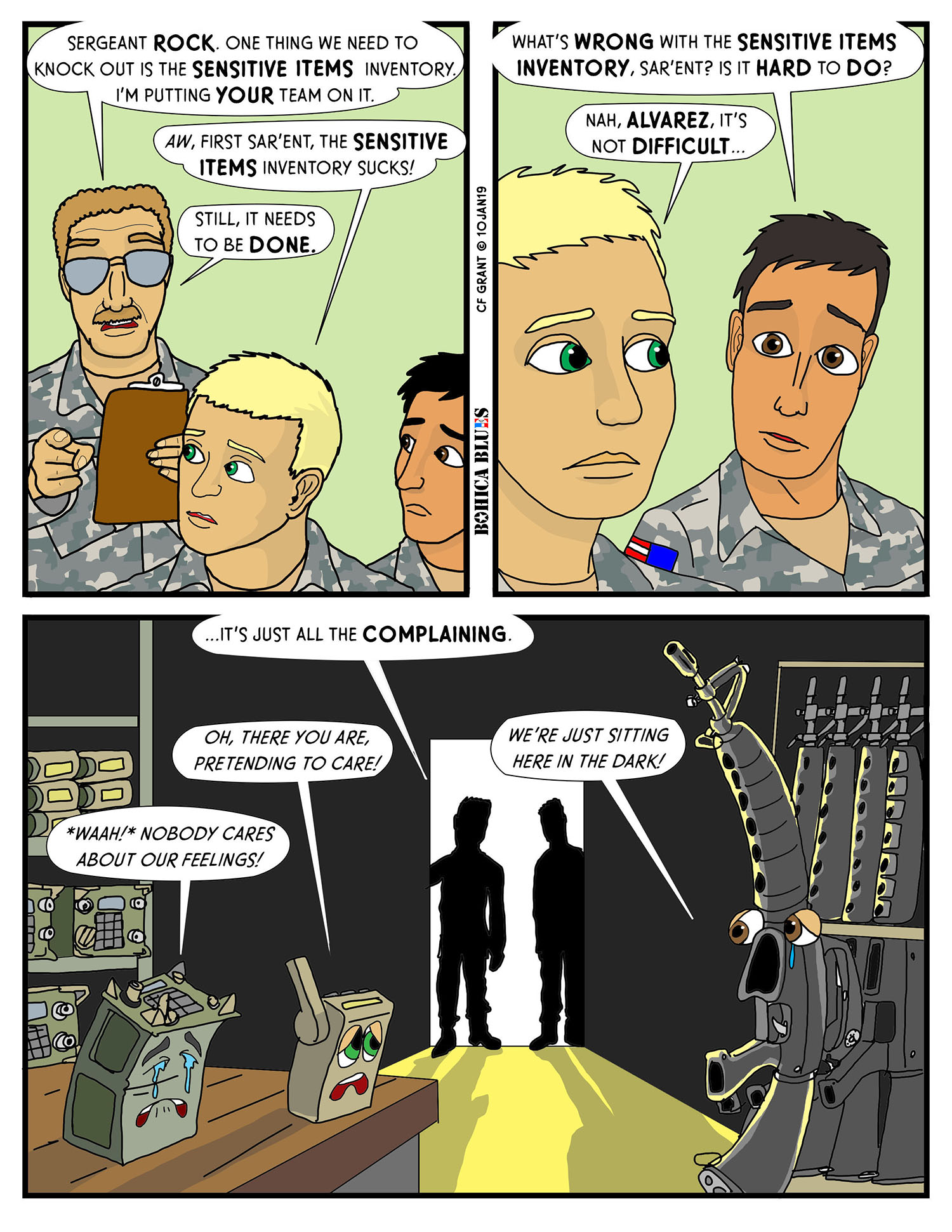 What You Gotta Do

Anthropomorphic equipment –equipment with human-like characteristics– were a staple of the old Army publication, “P.S. Magazine”. PS Magazine was a monthly comic book put out by the Army with the goal of teaching troops how to maintain equipment through official maintenance publications as well as informal “tricks of the trade” that had passed a review process and been stamped with the mark of approval by the Powers That Be.

The comic book was somewhat popular with the troops, sometimes because of what it taught and sometimes with that sense of eye-rolling grin that made you wonder what sort of goofy stuff they were going to come up with in the most recent issue. One thing was certain, and that was that with enough copies sent to each unit, sooner or later a bored troop was going to pick one up and thumb through it and perhaps even learn something despite him or her self.

I’ve used the anthropomorphic equipment in the past but only once or twice; in the Army it is too tied to the PS magazines and I don’t want BOHICA Blues to become a sort of ongoing PS Magazine satire. I will use them from time to time though, because there’s good potential for humor there, and this is one of those times. In this case, “sensitive items”, (as in, items that are militarily sensitive and need to be kept secure and routinely accounted for with inspections) have become “OVERLY-sensitive items” that really need a hug and some attention, not just a mere cold-hearted look-over before being locked back in their dark vault.

Oh, in case you’re wondering– PS Magazine is still around but it is no longer in print; it is now all digital. And yes, the characterization of military equipment as having faces and personalities and human-like characteristics wasn’t just a quirk, it was done by design. I read an interesting article about the use of anthropomorphic machinery in PS Magazine, and the technique was used on purpose for multiple reasons. One– proper maintenance would show a machine with happy, smiling, cheerful faces, while improper handling made the machine’s expression sad or angry or in pain. This delivered a message about maintenance in no uncertain terms, but also did so with humor rather than as an off-putting “finger-wagging lecture”. Two– By showing equipment under soldiers’ care as things with feelings, needs, and dependencies on the soldiers’ actions, the soldier (might, hopefully) be inclined to identify with their equipment and not resort to abusing them out of frustration.

Did the experiment work? If you’re familiar with the PS Magazine and its portrayal of human-like machinery, let me know what impressions or feelings you got from it!