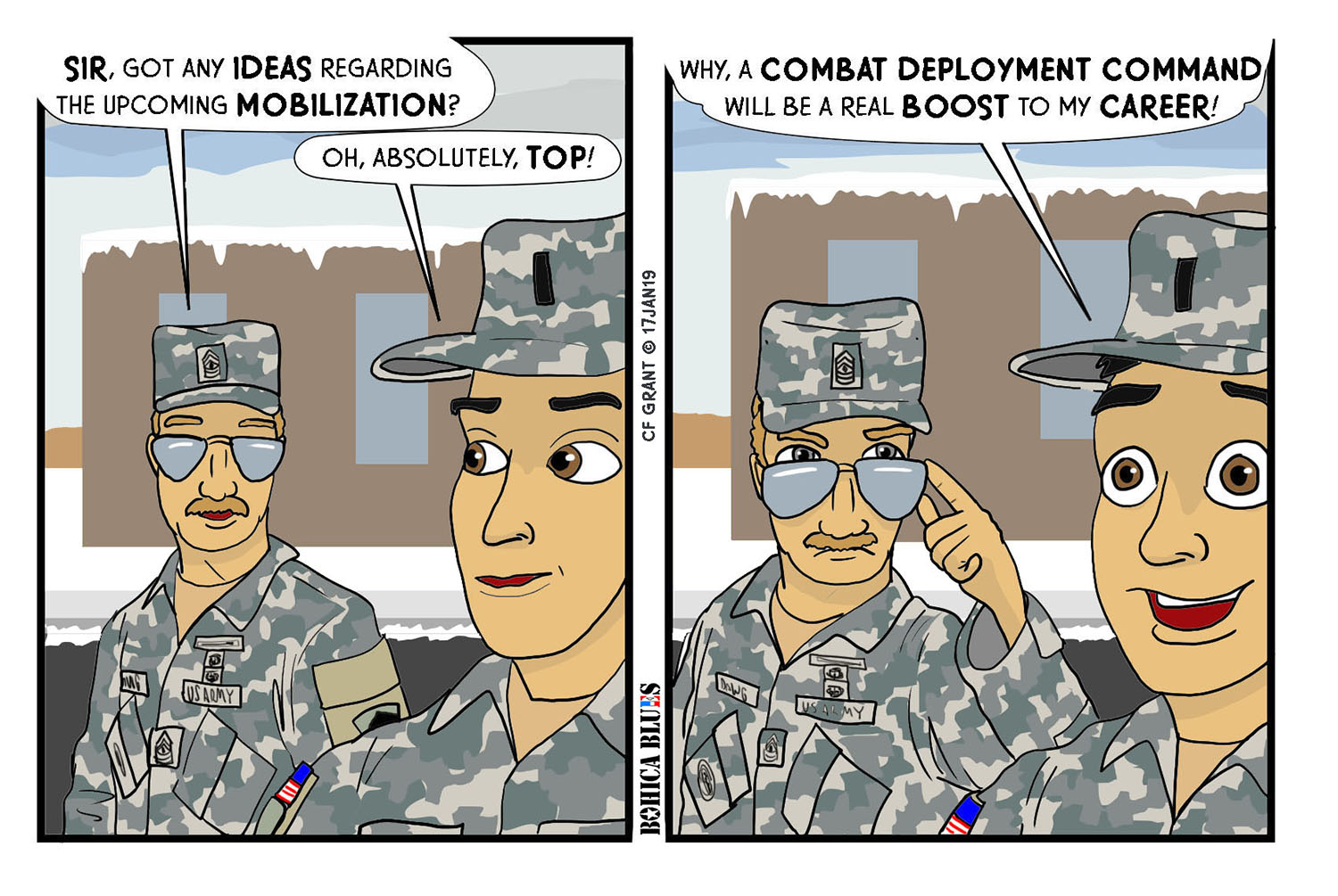 “Actually, sir, I was thinking about ways maintain troop morale and effectiveness, but…. *sigh*”

Sometimes your supposed to be working with someone, looking out for others, but all they can think about is their own career. Of course, what Lieutenant MacGregor said is true– a chance to command a unit on deployment in a combat theater is a major boost to a military career, especially for officers. You just have to, you know… survive it. And that’s where things get sticky.

Of course, there are a lot of weird things about military promotion. In the case of officers, they are encouraged to “wear as many hats as possible”. They have to spend some time in a command position for each rank, so a Lieutenant must hold a Platoon command (about 20 to 30 people) at least once, then later on as a Captain, a Company command (about 90 to 120 people), and so on. Then you are expected to spend some time as a Staff officer, being in charge of a personnel section or a planning & training section, an Intelligence section, or something like that.

The same officer is expected to hold a bunch of “collateral duties” –be the Safety Officer or be a liaison with different organizations, etc. And by the way, if you take too long to do these things, and you start to fall behind peers, then you risk developing a reputation as a non-performer. So even if you find a job you like and are good at, too bad– enjoy it for a year or two, possibly three, but then be ready to pack your bags and move on to other pastures.

This kind of forces officers into a “check the box” mentality that is unfortunate but necessary if they are going to stay in the Army (and I hope good officers do stay in the Army, because God knows I sure don’t want their jobs). There are similar pressures for NCO (sergeants of all levels) and regular Enlisted troops– an “up or out” mentality that means that good people don’t get retained and sometimes the wheel keeps getting reinvented in some units.

This is changing slowly, but there’s always progress to be made.