The One You Know 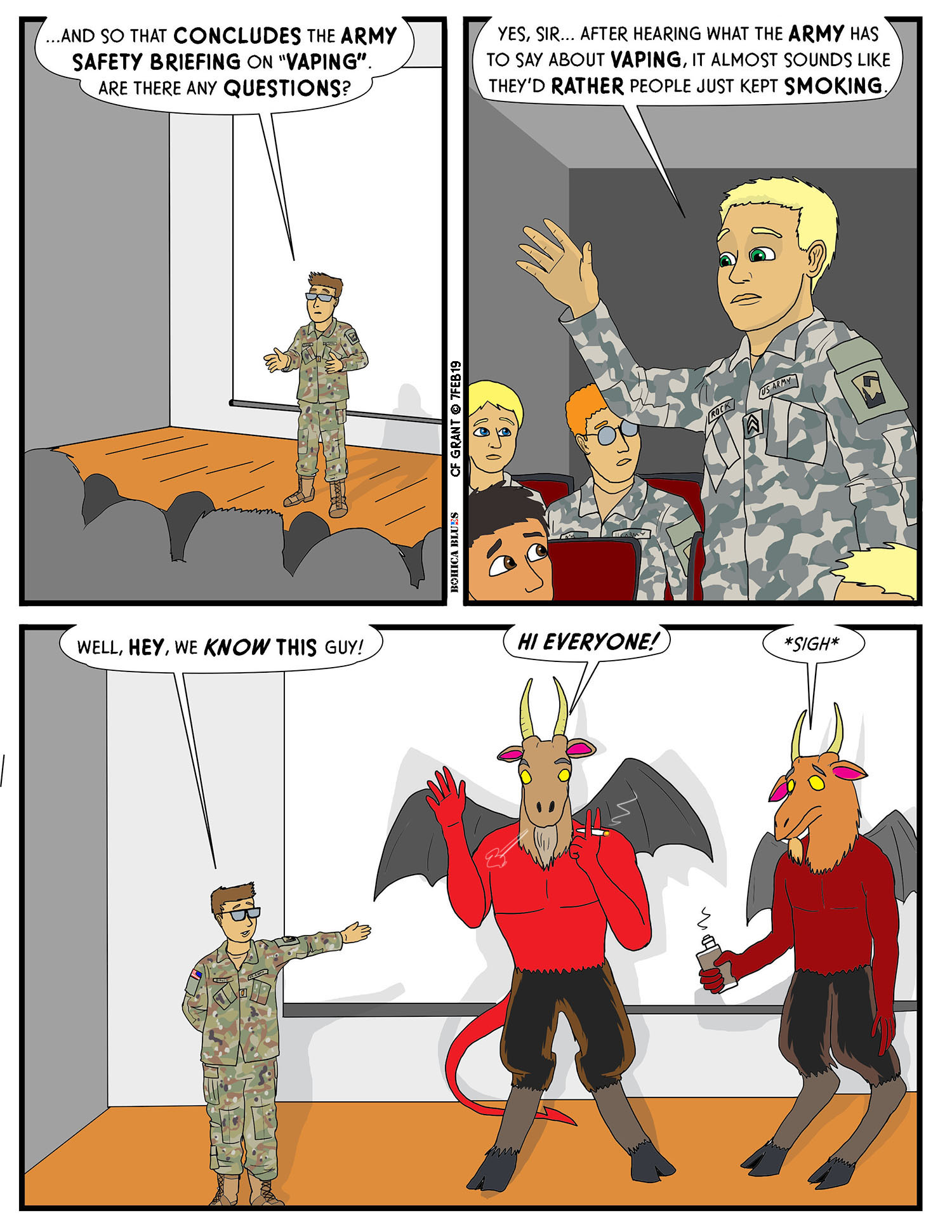 The One You Know

This one was motivated by a real briefing we had just a couple months ago about the health risks and dangers of vaping. And yes, someone did observe that it really does seem like the Army would rather folks just keep on’ smoking that old-fashioned tobacco.

I don’t know anything about vaping; I know it is supposed to be less dangerous than cigarettes, and people who I see vaping kind of remind me of old-fashioned steam locomotives, which I admit isn’t exactly a negative in my book. Yes, I heard the story about the guy whose lungs were turned to a weird spongiform material, presumably from vaping. I have no interest in starting vaping myself although I do indulge in an occasional cheap cigar (not “inexpensive”; no: cheap).

So maybe it is just sticking with “the Devil you know” as opposed to trying some new potential Devil. The Vape Devil up there seems kind of dejected, while the Smoking Devil is quite pleased with himself, having made his connections early.

Enough safety briefs! Back to work!