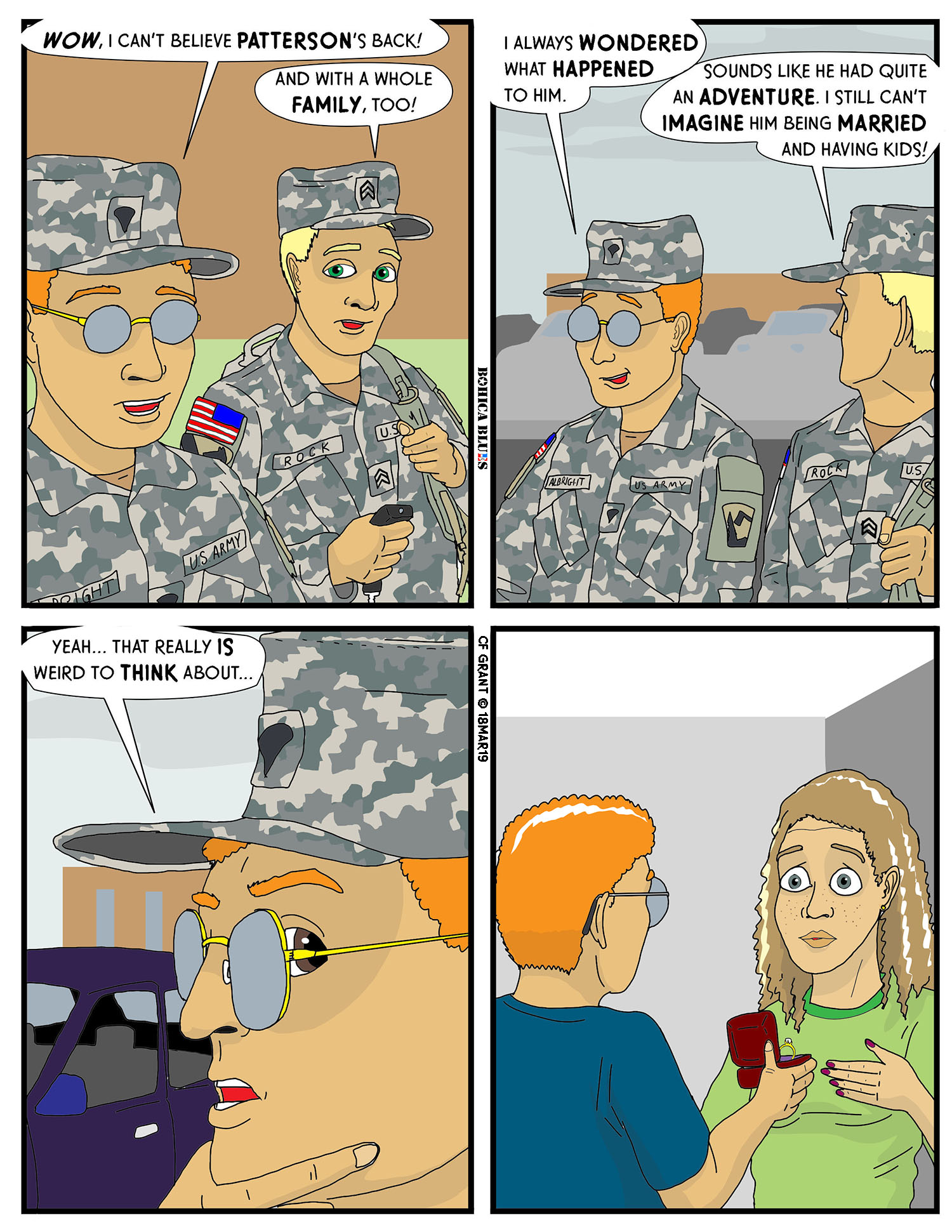 Once someone comes in with a new spouse, it seems like a lot of people suddenly start thinking along those terms… especially as a deployment looms near. Or maybe that’s just my perception? But suddenly, Philip Albright has decided that now is the time to pop the question to Willow Lawrence, his girlfriend of just over a year. Seeing and old friend come back, family in tow, as they get ready to go again might have him feeling a need to anchor himself in something at home.

Anyhow, it always seemed to me that in any circle of friends or acquaintances, once two people decide to get married, suddenly a bunch of marriages follow in rapid succession. Then the same thing with kids– once one couple starts a family, it seems that suddenly a lot of your other young couples we know are starting families. Again, it is more likely that this is happening all the time, but we don’t notice it until it is someone we know closely– then, suddenly, we start seeing this as part of our daily mental landscape and we “notice” it all around and it seems unusual.

Remember that Philip got a job delivering pizza after their first deployment; he was at “Little Leonidas Pizza”, which is my in-story version of “Little Caesar’s”. When his store closed down he got a job as a cabbie, working for Willow Lawrence. So he’s been dating his boss the last few months and I guess he’s ready for a, um, senior partnership. We’ll see how far the “contagion” spreads in the days to come.