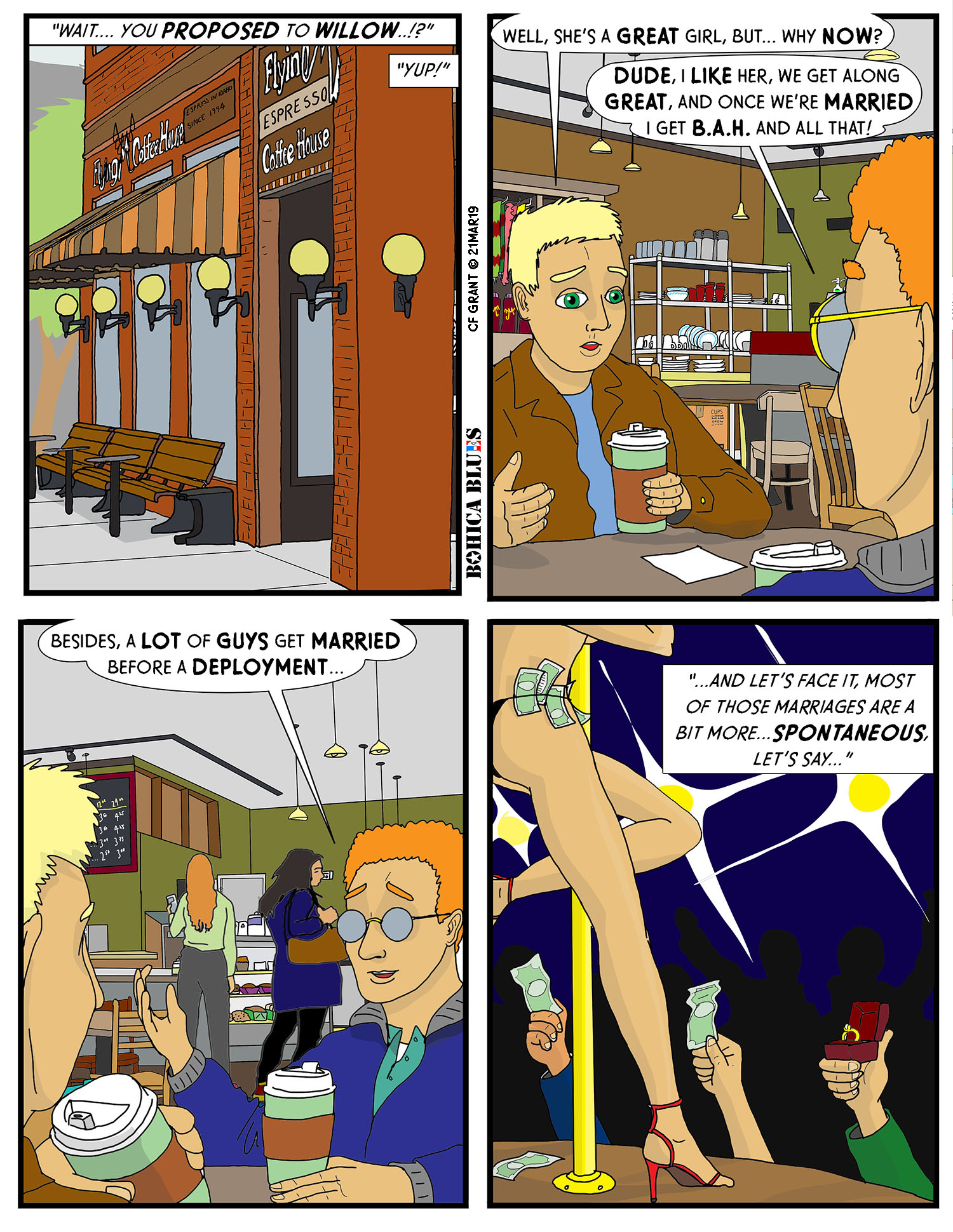 The problem is, for most of the lower ranks in the military (especially in the Army and Marines), troops are not allowed to live privately, off-base, in their own apartments and enjoy some peace and quiet and privacy. Anyone below the level of junior NCO (Non-Commissioned Officers) is required to live in the barracks, which –at best– is comparable to a dorm… and usually the loud “party” dorm. At worst, they are large open rooms with multiple bunk beds into which several dozen troops are panned in with only individual bunks personal lockers to call their own (to be honest, the “open bay” barracks are increasingly rare except for temporary accommodations, but they still happen sometimes).

The downside is that troops living on post in barracks are always available for duties and can be grabbed pretty much as needed by the unit to carry out after-hours chores. Meanwhile, the married troops go home and live a more or less normal life once dismissed. To compound matters, married troops get extra allowances called “B.A.H.”, pronounced “bee-ay-aitch” and not as “Bah!” It stands for “Basic Allowance for Housing” and it assumes that the military spouse is the primary income source in the family (this is especially the case since military spouses frequently work low-level, temporary jobs since the servicemember spouse is transferring to new locations every couple of years).

So, since you get the “freedom” of living off-post, and an extra allowance in pay as well, it is no surprise that troops develop a reputation for marrying the first person they find willing.

For Reserve and Guard troops, this isn’t as much of an issue until deployment looms. Then, the reputation is to marry for the extra money. Guys marrying women they’ve only been dating for a couple months, or outright marrying casual acquaintances or even strippers, has been known to happen.