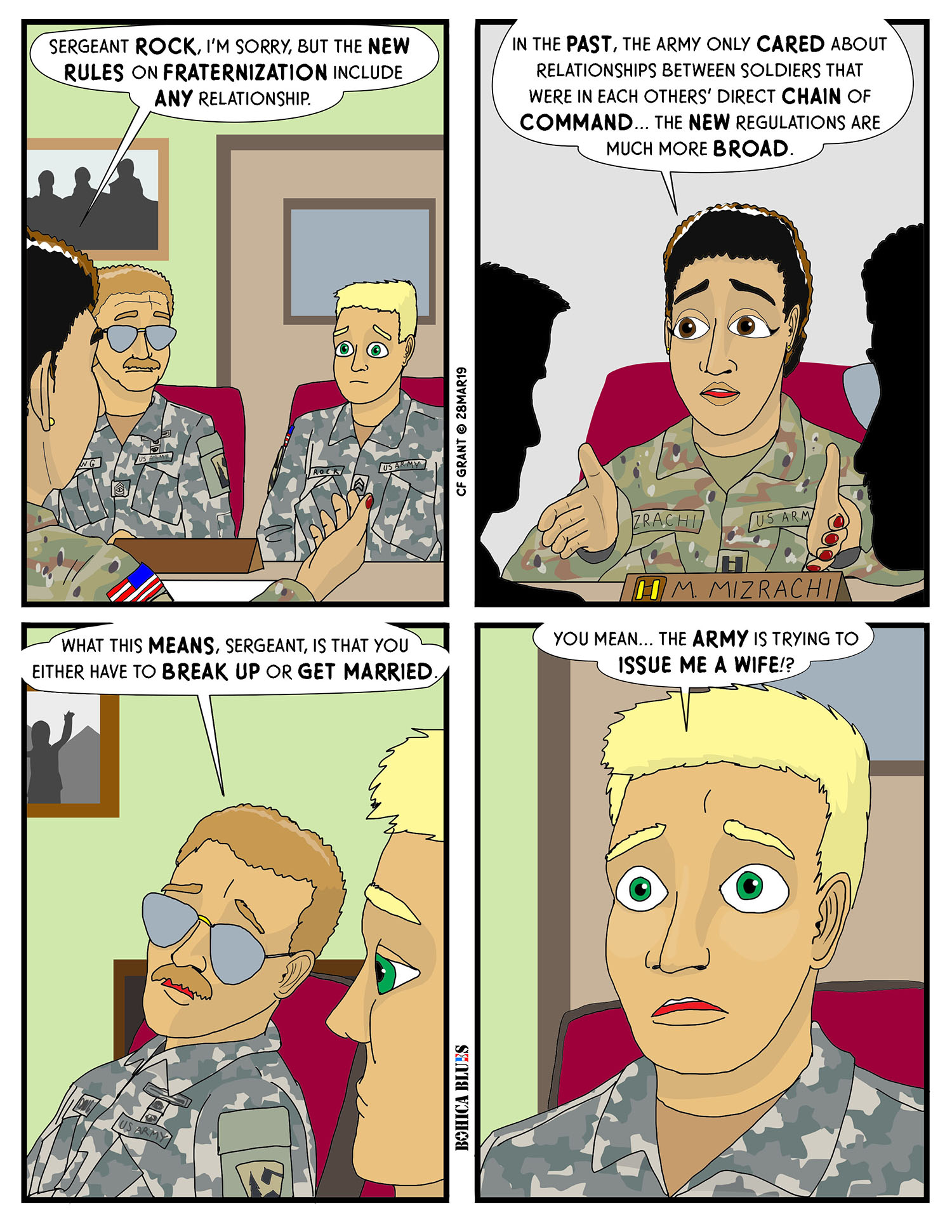 “If the Army had wanted you to have a wife, Sojer, we’d’ve issued one to you!”
–That used to be the common refrain for many, many years. It was rare for soldiers to be married, and in fact a soldier that wanted to get married had to get his commander’s permission first. Wives and families were seen as hindrances to a soldier’s duty, a division of loyalty, time and attention.
Officers, on the other hand, were expected to be married– it was felt that a married commander, with a family to go home to, would be less likely to engage in reckless attacks that wasted his men’s lives (and it was all men back then, at least officially– the rare women that served did so in disguise).
Eventually, sometime around the late 80’s to early 90’s, the Army tipped a balance– there were more married soldiers in the service at all ranks than unmarried ones. The Army had to adjust to the new reality: wives and children were the norm, and single soldiers the aberration.
So now, Joe finds himself in the unusual position of the Army trying to issue him a wife. Of course, this is only because Juni is also in the Army, but…. details, details!
As for relationships in the ranks, until recently it was accepted that soldiers could have relationships with other soldiers, as long as neither of them were in a position of command or other authority over them. Basically, as long as there was no way for one of them to influence the career of the other, the Army didn’t care. So a Private in one Battalion could be friends with (or romantically involved with) an officer in another Battalion, because there was no way for the officer to ensure the Private got awards or promotions. Recently, however, the Army decided that any relationship that crossed the “rank barriers” (Enlisted, NCO, or Officer) was unauthorized.
So even though Joe has no way to determine Juni’s career, they have to either marry or break up.
Draconian? A bit. And in truth, most Reserve or Guard commanders probably would have just turned a blind eye as long as no trouble came of it. But since they will be mobilizing, and going to a mobe site and deploying, they will be under a lot of scrutiny.