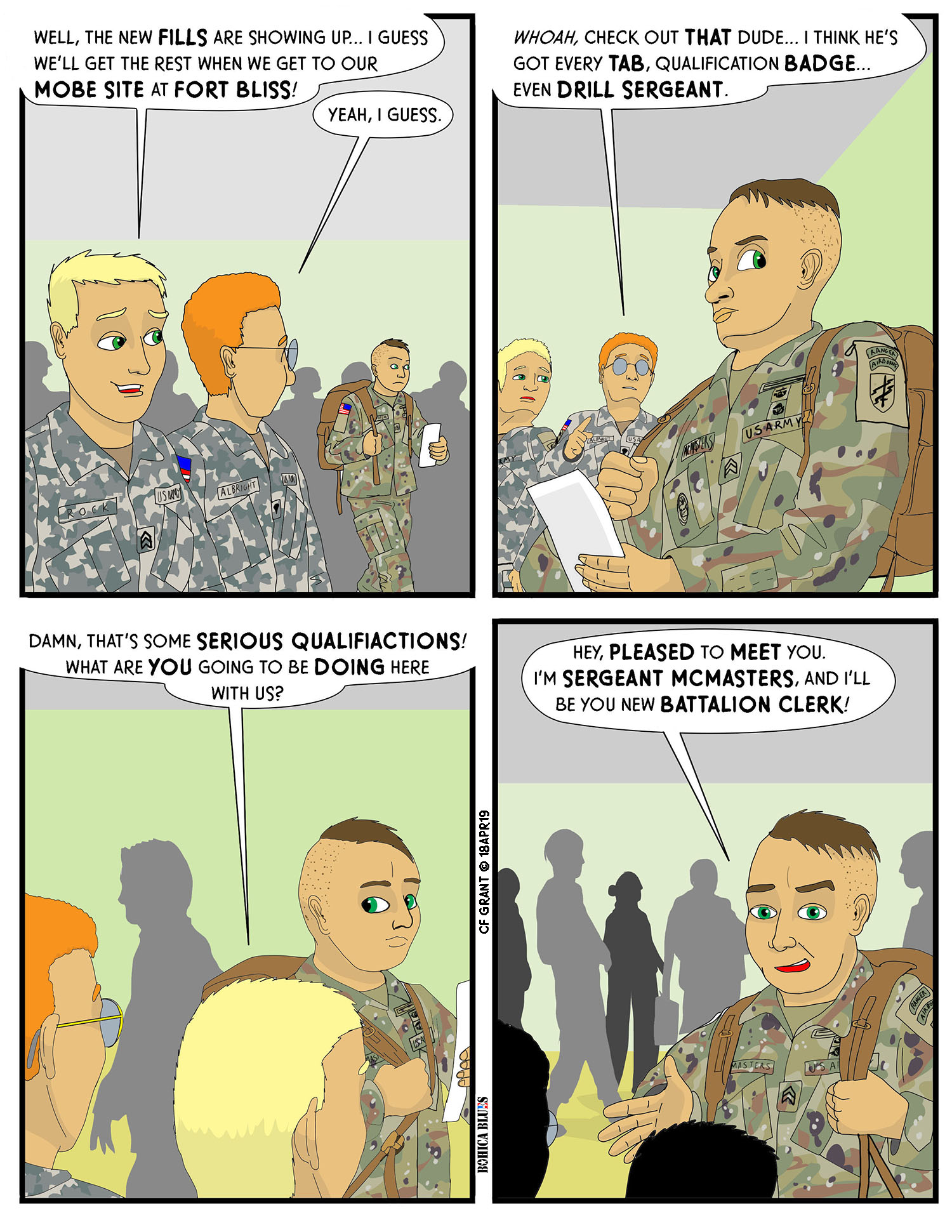 One thing about the Army (and most of the military, but especially the Army) you literally wear your identity on your sleeve –and on your chest as well. In this case, the new guy has a Ranger tab on his shoulder as well as an Airborne tab; he also has the Airborne, Air Assault and Expert Infantry Badge on his chest above the “U.S. ARMY” name tape. On one pocket is a “Drill Sergeant” badge.

What does this say? It definitely shows that this guy, McMasters, has been to a lot of qualification schools. It is not unusual; a lot of people who first join the Army (especially the Infantry) are given the opportunity to sign on for as many schools as possible; in my day they actually encouraged it. If I’d wanted to, I could have gotten Airborne (parachute infantry), Air Assault (helicopter deployed infantry), Ranger and Special Forces (“Green Beret”) just by asking for it as part of my enlistment contract. I didn’t want that stuff (it is something like an extra year and a half added to your enlistment contract) so I didn’t do it, but I could have.

So it is possible for a person to enlist as a fresh Private, go to all these schools, become extremely qualified, then go on to earn an Expert Infantry Badge and Drill Sergeant school, all while at a relatively young age. People used to spotting Army patches will notice that McMasters does not have a “Ranger Scroll” patch or a deployment patch, so while qualified in a lot of stuff, he hasn’t been able to really “experience the life”. There is a reason for this that will be addressed.

Another thing that will be addressed will be the large number of characters I have. Rest assured, you don’t really have to worry about most of them. They should just be familiar enough so that they are not *total* strangers when they come in as needed; the truly important characters by now should be easy to recognize.