Get Them to Want To 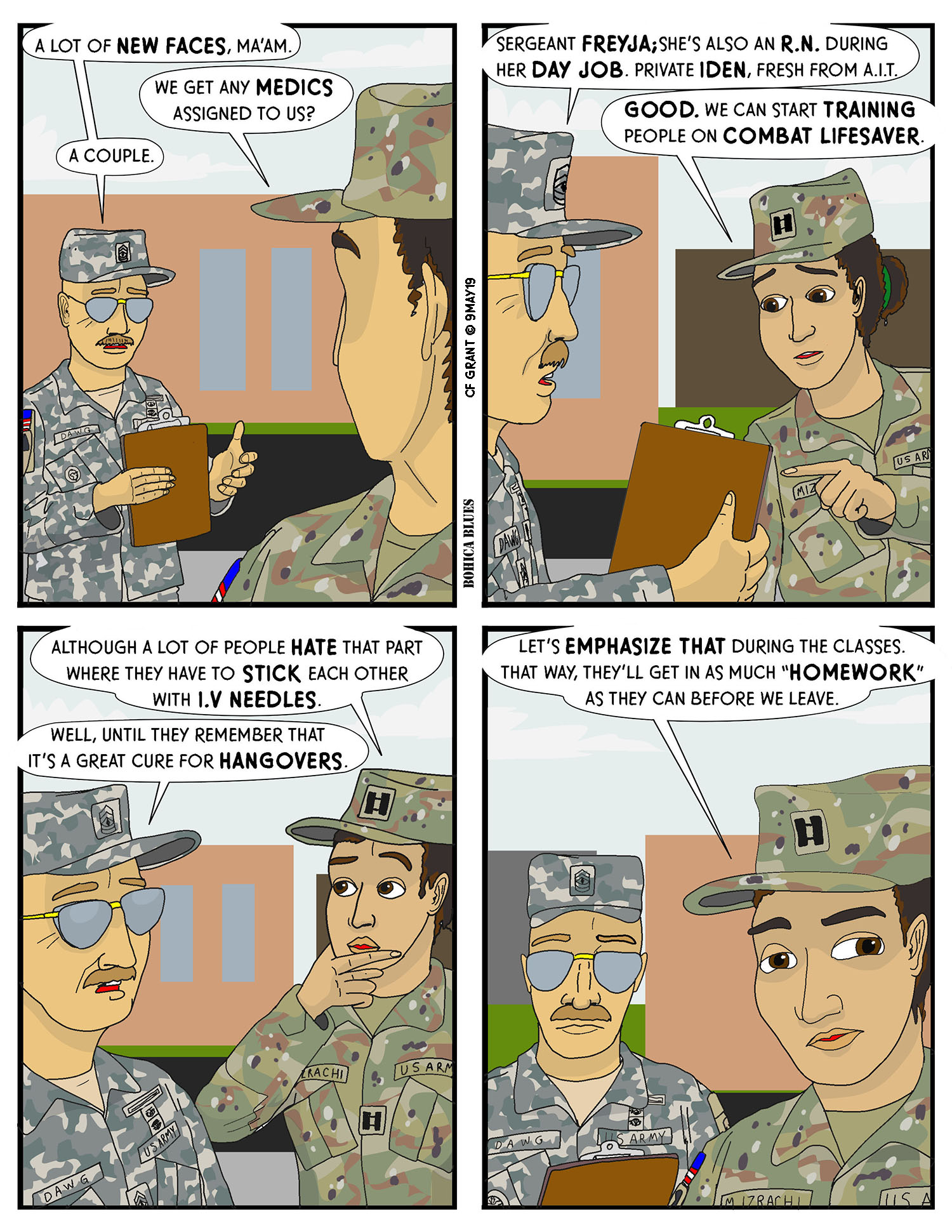 Get Them to Want To

Many years ago, the Army issued first-aid kits to soldiers in the field. These first-aid kits were pretty basic, and for the most part they were really just a piece of folding cloth that could be used for a splint or sling. Most of the time they ended up being used as cravats worn on the head under helmets. First-aid training was given, but it was about how to use the cloth bandage as a splint or sling.

Eventually, the Army realized that this wasn’t enough and started training us on a course called “Combat Lifesavers”. This was a much more in-depth course that covered nasal tubes to ensure breathing, and how to put a needle in someone for an IV. The IV was a saline solution meant to help hydrate the patient and such.

About the time this comic takes place (“a few years ago”, give or take) soldiers were still training to “stick” each other with IV needles. This part of the training has since been done away with, perhaps because it was considered risky. But for a few years, it was common to have IV bags available and people “trained” with them all the time. Because, yes, after a heavy night of drinking, an IV bag to hydrate with does a lot of good.