Even The Best Of Us 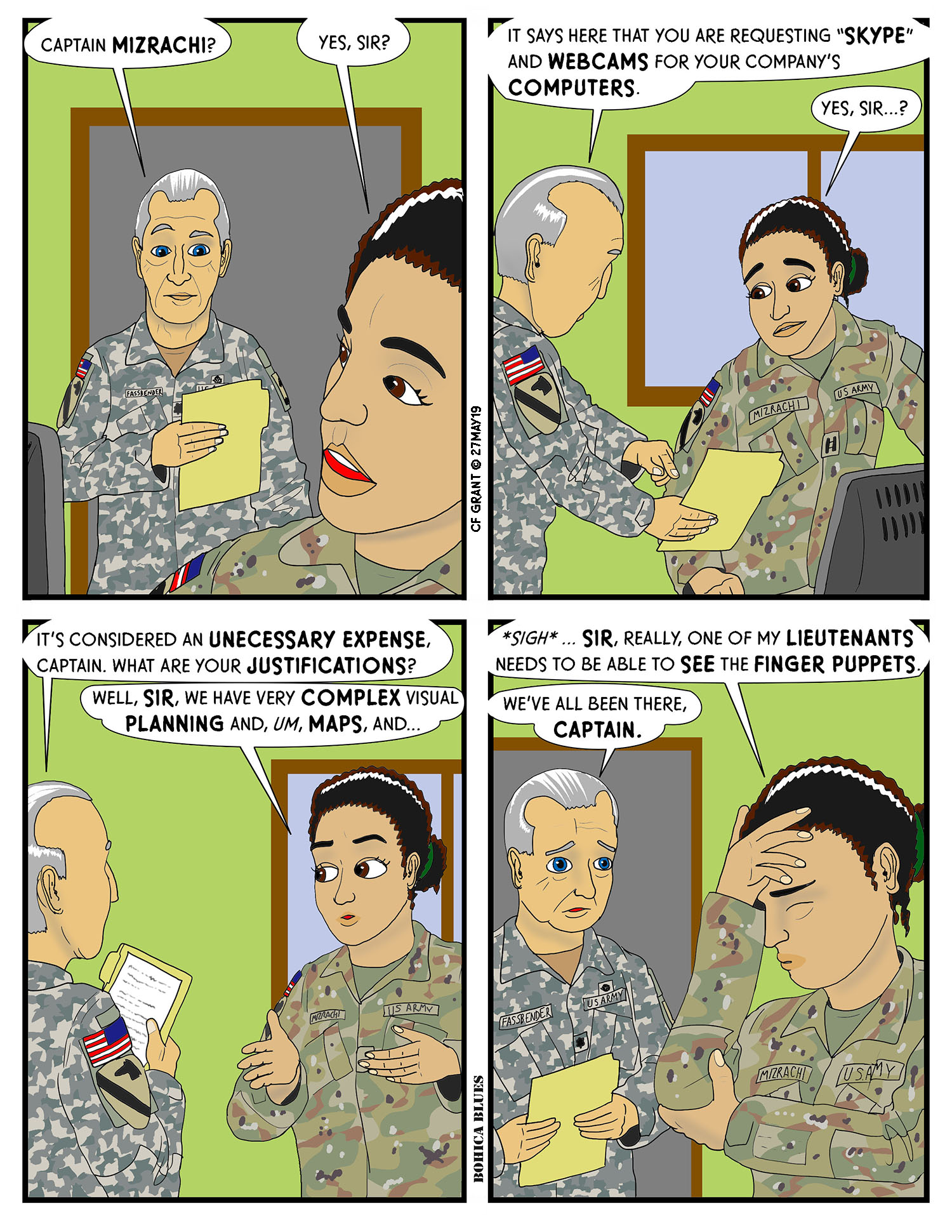 Even The Best Of Us

Of course nowadays pretty much every computer comes with webcams and Skype, but a few years or so ago it wasn’t guaranteed– especially on Army issued computers. In truth, a lot of military computers and software are a few years behind the latest stuff– it’s expensive to update electronics every time there’s a new cycle of technology, and it would also be impractical to outfit the entire military at once anyway. So we tend to lag behind by a few years.

There are practical reasons for using older stuff, too. An older computer or software has probably had a lot of its “bugs” and patches worked out, and in the field reliability has an edge over speed. And there might be some merit to the argument that hackers don’t bother with older systems, but I don’t know how applicable that is. It seems to me that determined hackers would also already know how to break into older systems with ease compared with more challenging modern stuff… but then, I’m not a computer systems guy.

Character wise, I still have Lieutenant-Colonel Wesley Fassbender in command of the Battalion, even though in real life he would have been rotated out long ago. The various Reserve and Guard forces rotate command staff out frequently so they don’t become too comfortable and “fortify” themselves in their positions; sometimes called “empire-building”. This is one of those circumstances where the entertainment needs of a story, be it a webcomic or a Hollywood epic, has to weigh against reality. Audiences love the familiarity of known characters, but the military is a very fluid thing where the only constant is change.

I’ve kept a fairly regular cast of characters, with a handful of people as always reliably there, while a circle of others drift in and out, being seen for a few episodes before fading into the background, only to re-appear months later. In most Reserve and Guard units, the regular troops remain pretty constant. For consistency of storytelling I try to “fade out” and “bring back” characters that, if I was accurately reflecting the real world, might never been seen again and replaced with new characters. This would be hard to keep track of with most audiences, especially civilians who aren’t used to the revolving-door style of leadership positions.

No special comic for Memorial Day; sometimes I do special holiday comics and some times I don’t. A lot of times I do not, since they are almost always guaranteed to be out of place when someone stumbles across the comic months or years later. Just take a moment to contemplate those who have been lost in wars around the world, and most importantly ask what their sacrifice was for and if we are living up to the principles that make those sacrifices worth it.