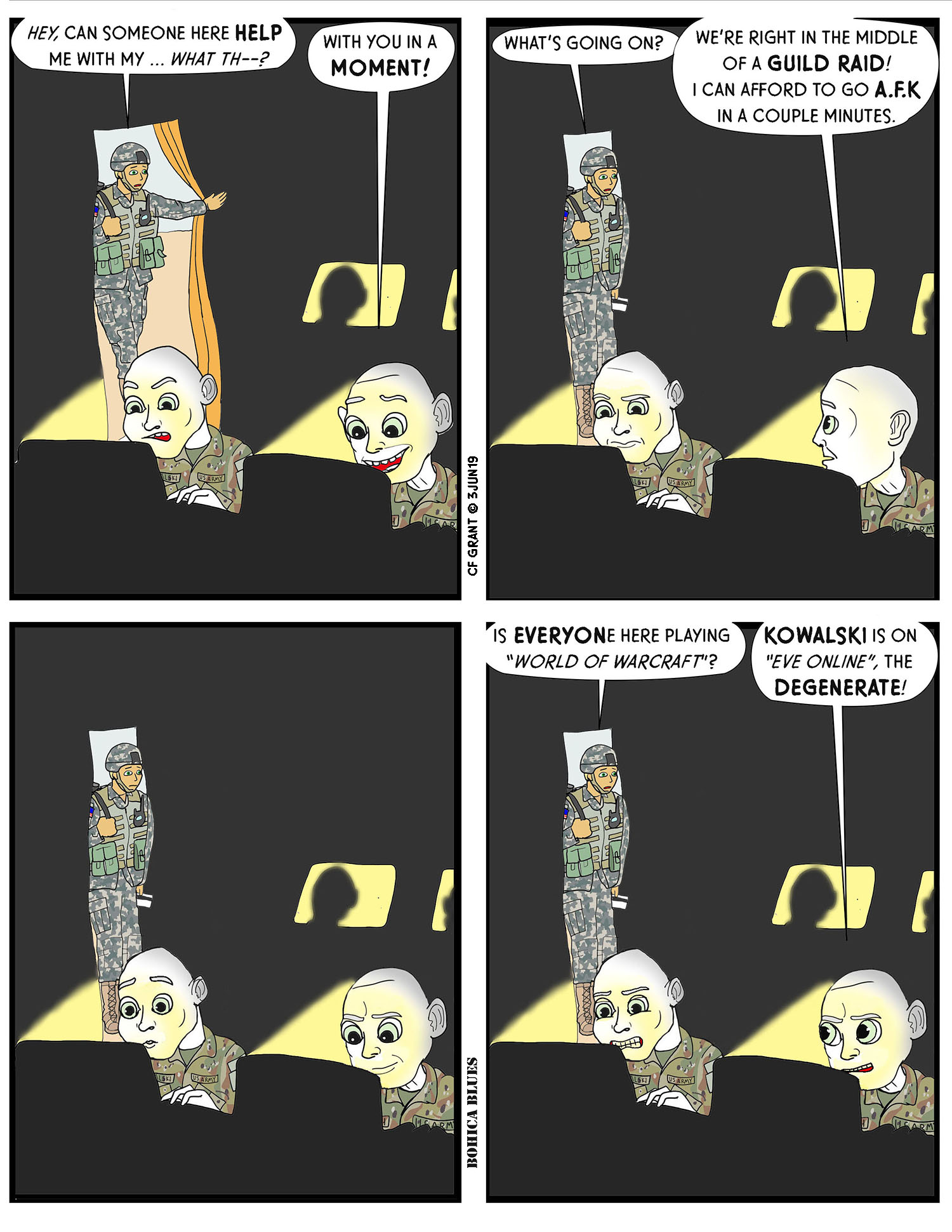 So, continuing the saga of the expired CAC card, Joe finds the Communications section –the “S-6”– in their own little dungeon, doing dungeon things. One of the things about Commo Section is that while it typically means that they work with radios, they also have to work with computers, the internet, and connectivity centered around that. They have the same problems we all do with the internet, such as needing bandwidth and having to deal with system slowdowns, buffering, and so on.

Of course, most of us are convinced that they are somehow saving all the best bandwidth for themselves, through some arcane magic, and they are sitting on there like little Gollums, searching virtual lands for their Precious while the rest of us take 20+ minutes to load a page or, God forbid, try to finish that Cyber Awareness class before 1600 on Sunday. One of them can be “A.F.K. in a moment, which means “Away From Keyboard” and is one of the handiest acronyms to sling when you’re busy.

Of course “World of Warcraft” was certainly popular a few years ago, when the comic takes place, as was “EVE Online” which for awhile they were the two “big ones” among internet gaming. I have no idea how they fare today. I’ve had EVE Online explained to me once by an avid player (the IT guy for my day job, of course) and it sounded like a lot of fun– fun enough to tempt me. But I just would not have time to devote to any such thing even if I wanted to.

As an aside, a reader, Aaron Feltman, made a comment on the previous comic about the error of the ways of sending people to the S-6 to have CAC cards “fixed”. The CAC cards have to be dealt with at another department called DEERS, which is “Defense Enrollment Eligibility Reporting System”. It didn’t occur to me until I read that but, yes, whenever there’s a problem with a card we are sent to S-6, and they always tell us they can’t help and to go to the DEERS office. I can only guess that a leader says “Go to S-6 and have them check it out” is a way of saying that they Did Something About The Situation even though it came to nothing.