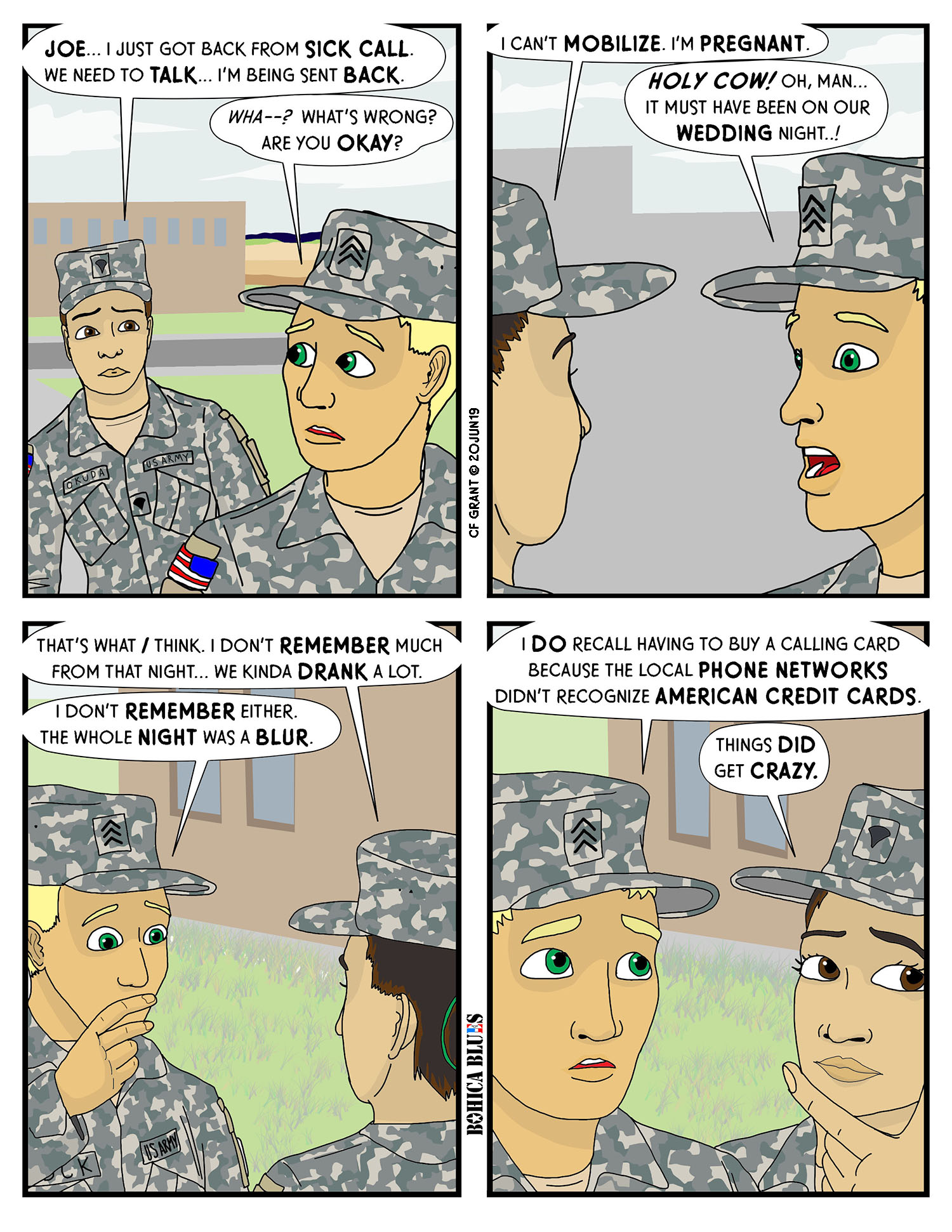 I used to have a joke back in the day of pay phones and land lines –well before cell phones were commonplace– that I got so lost that “I had to call collect because the phones there didn’t take American money”. It worked better when I lived in southern California, I suppose; but I was able to make it work in the modern age (I think).

So Joe and Juni got a little wild on their wedding night and ended up forgetting a few important things. Now there’s a bun in the oven and Juni will stay home. Being pregnant is obviously not going to work during a deployment, and so female soldiers who turn up pregnant are rotated out.

Different commands have different ways of approaching this. Some commanders just accept this and work around it, some consider it to be a subversive act and insist on counseling and punishment. Obviously the vindictive route comes with drawbacks to morale, but some feel that the “message” it sends is worth it. Usually, though, the more flexible route is preferred by all.