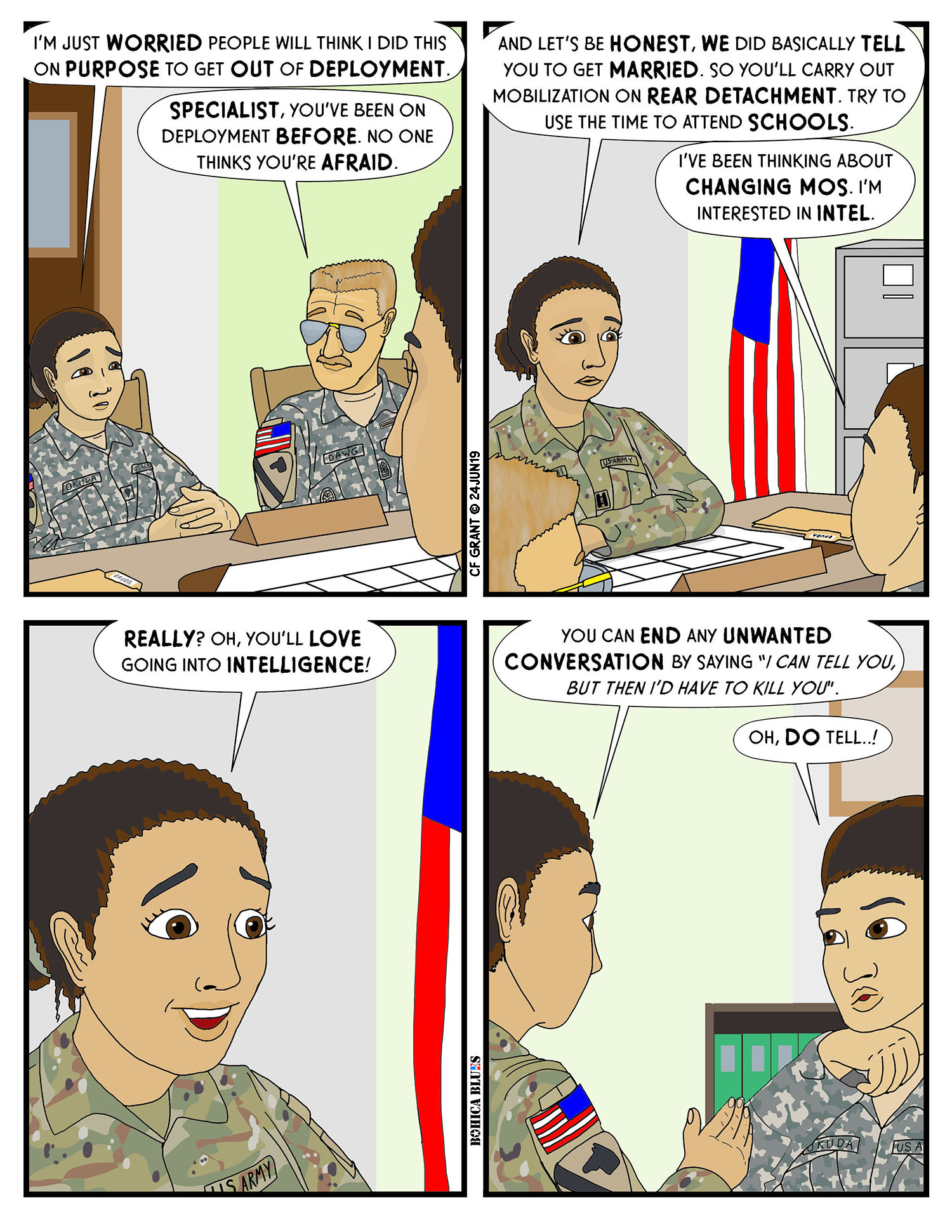 “Rear Det” is “Rear Detachment”. It is the group of soldiers that stays behind at the “home station” while everyone else deploys. There can be all sorts of reasons why a person is placed on Rear Det. In a few cases, rear detachment might be their duty station, where they can actually do the most good for the deployed unit– this will be very few people, and it is not guaranteed that every unit will need a stay-behind person.

There’s also people who, for whatever reason, can’t deploy; usually medical related. That would be Juni’s case– a pregnant soldier can’t deploy, but also one that might have other medical issues or injuries that make them non-deployable.

There are also new soldiers who join a unit while it is deployed– kids that come in, fresh from Basic Training, and they have not gone through mobilization training or any of the other stuff, and it would actually be more of a hassle to get them “caught up” and deploy. They’d get there for the last couple months of deployment and then rotate home, so it is really just not worth the effort. Especially since pre-deployment training isn’t just training for its own sake; it is also important for intangible reasons like getting the soldiers to integrate together as teams and work out personal dynamics among themselves.

So Juni will, for the most part, go back to her regular life. As a TAMMS clerk and a Specialist, they probably won’t be much for her to do so she is expected to use the time wisely and apply for schools that are more academically oriented so that her pregnancy won’t be a hindrance to physical demands. She’s thinking about going Intel, so that gets an enthusiastic thumbs-up from Captain Mizrachi, who used to be an Intel Sergeant herself.