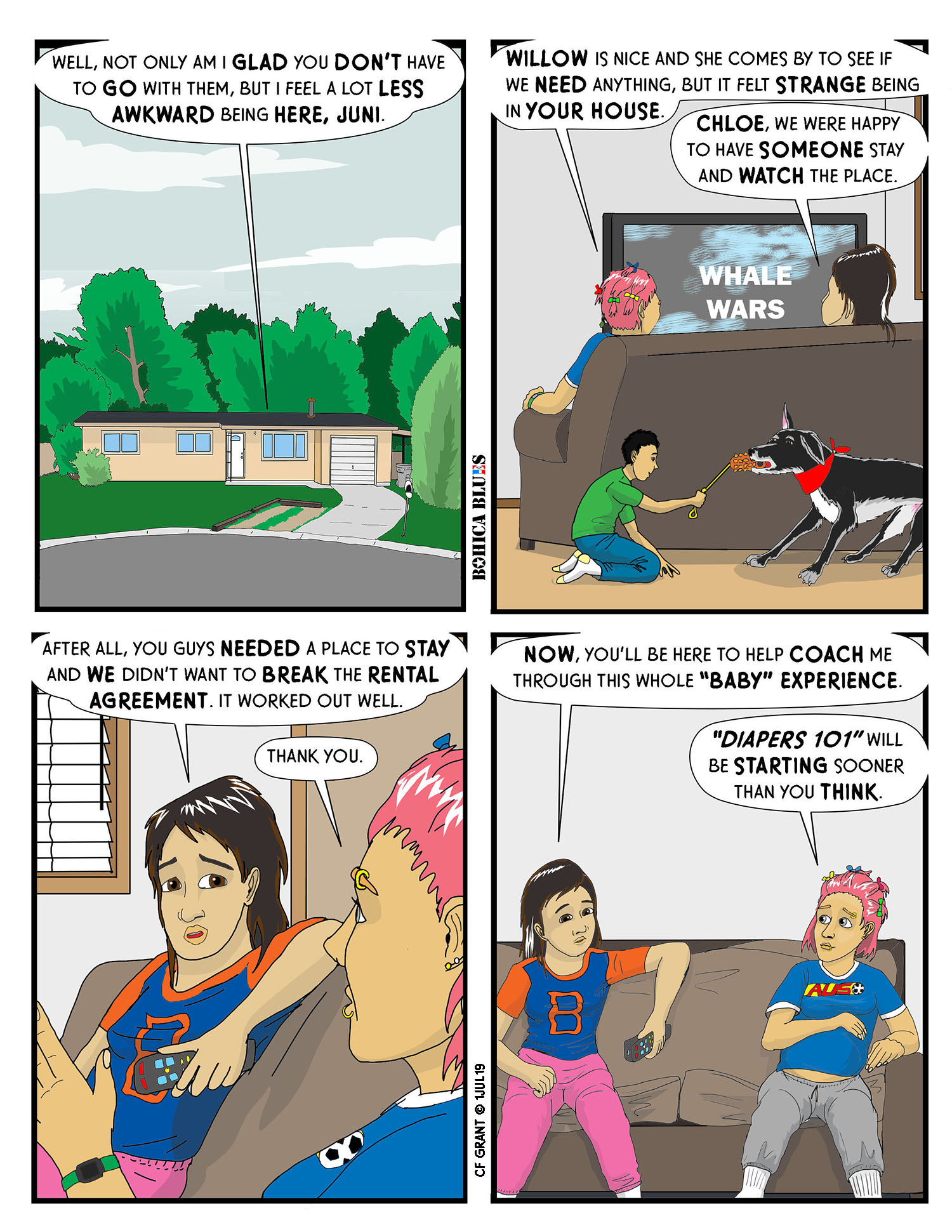 So, young Patterson’s family was going to stay at Joe and Juni’s place while they were deployed. The demands of the Army make pragmatism a virtue and people you met only recently are relied on. Joe and Juni probably worked out a deal where Chloe paid a certain amount of rent and utilities in exchange for having a place to stay that was a permanent mailing address. The way Immigration works, an applicant needs to have a regular place of residence so they can be contacted for appointments and the like.

Chloe will be on an I-485 Family (spousal) visa, with an I-130 Immigration Petition also based on spousal relationship. Watson will have his own I-130 as a child of a US Citizen. They were going to stay and watch over the house while Joe and Juni were away, since they liked the house and its location, and they didn’t want to put up with the hassle of finding a new place to live right after deployment. The dynamics changed a bit for them when Juni found out she was pregnant and staying at home– now she and Chloe will be roommates, basically, and they can rely on one another for mutual support.

Military families tend to bond together in many ways, since they face a lot of unique stresses in a world that is largely unaware of the types of challenges they face. Housing, juggling jobs, frequently changing schedules (that also tend to change pretty quickly) are some of them, but a lot of military families also have immigration to think about since it is common for servicemembers to meet foreign spouses.

Chloe is very lucky in that she has Juni to help her understand what to expect from the military; Juni obviously now has someone with experience being a mom to help her in return. And Philip Albright’s wife, Willow, stops by as well to help out or commiserate as needed.

Military families can be their own unique hybrid extended family in and of themselves.