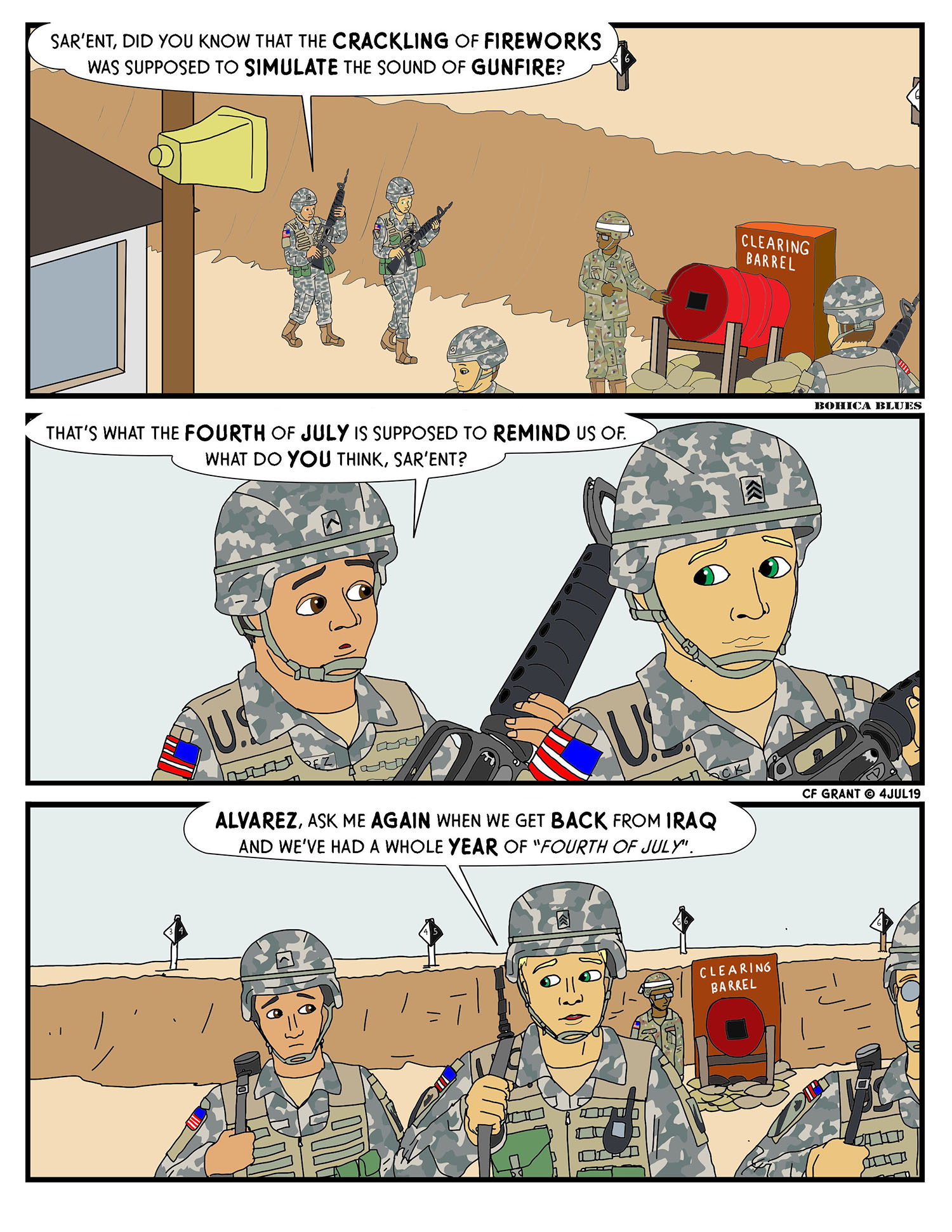 When I first came back home from Iraq, it was in March, and so July was soon to come– just four months later. That first ever Fourth of July was a bit rough for me, because there was not a day that went by in Iraq that there wasn’t the sound of combat, gunfire, and explosions… at least in the background, somewhere. Because I was in the big, comfortable main base of Camp Victory North, I admit that most of these “sounds of war” were far enough away as to be a sort of “background soundtrack” and not a real or immediate threat. Yet, they were there, seemingly constant and never-ending, some days worse than others and some days not so bad.

Ever since that first Fourth of July, I’ve gone back-and-forth on the holiday’s observations. Some years I think it is fun and enjoyable; some years I just kind of sigh and shrug and “get through it”. It isn’t nervousness or fright at the noises, since they are scheduled and I know they are coming– sudden, unexpected detonations might be another story– but sometimes it is just hard for me to reconcile the sound of massed gunfire to be associated with fun rather than a duty to face.

This year I feel kind of “meh” on the holiday; who knows, maybe next year I’ll have a much more festive mindset. I don’t think any particular feeling is better or worse, good or bad, you just got to roll with the feelings you have at the time and be honest with yourself.