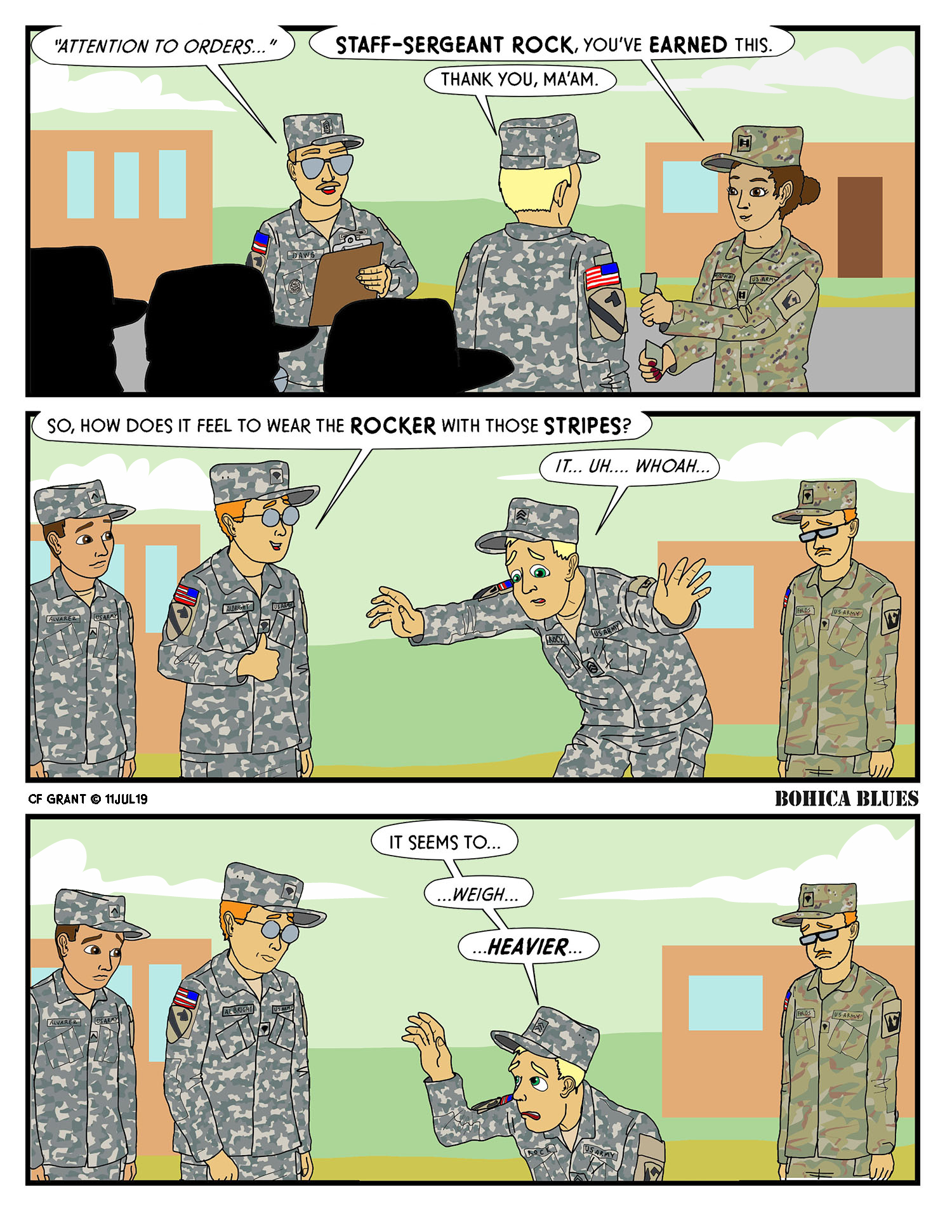 A few promotions will go around!
You know someone is going to get some sort of award, promotion, or other pat on the back when the officers are there and someone –a 1st Sergeant or an appointed speaker with a good public voice– reads out, “Attention to Orders”.

In this case, Joe Rock has been in for many years, he’s had Active Duty time, finished his Bachelor’s degree, and has a successful deployment under his belt. The chain of command has put him in for a promotion, and now he has a full squad at his command.

Other promotions will come soon before the Battalion deploys, but for now Joe is the first. And while it feels good to get the enhanced paycheck as well as the appreciation of peers and the affirmation of confidence from higher-ups, the weight of responsibility will make that little extra bit of cloth stitching feel like it weighs much more than it actually does.

In case you’re wondering why his hat still has his old rank on it, that’s because it is sewn on, and will need to be replaced at the PX.