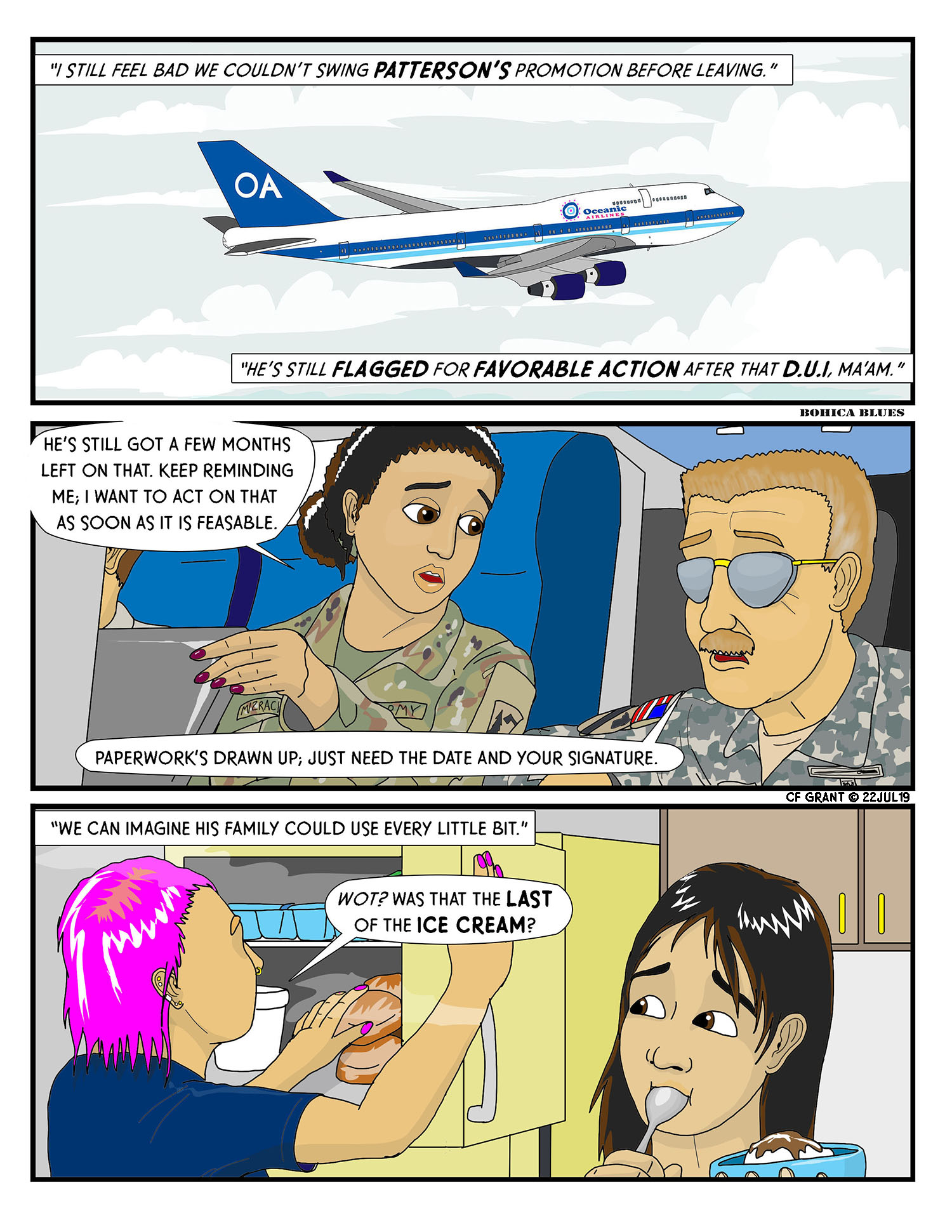 The funny thing about being in the military is that not only do you get paid more as you get promoted, but if you are married, you get paid more as well. You also get paid more for each “dependent” (children) on top of that. So a Sergeant with a spouse and two kids will get “pay + 3”, whereas a Sergeant who is unmarried will just get Sergeant pay.
So Patterson gets pay for himself, a little bit more for his wife, then one more boost for his son, Watson. When his next kid is born, he’ll get another boost. His chain of command would like to give him a promotion to a higher pay grade so he can provide more for his family, but his recent DUI means that he is “flagged” for any “favorable action”.
A promotion, an award, a pass, a request to attend a school or transfer to another unit– all these things are “favorable actions”. If you’ve committed an offense like a DUI or other infraction, you are “flagged”: your personnel records have a sort of alert placed on it for a set period of time stating that you are not eligible to receive any of these good things for awhile. Once the period of time has passed you can qualify for a favorable action. You’re sort of “on probation” until you can prove good behavior. Once proven, you can let the good times roll.
Back home, Juni and Chloe are a couple of pregnant ladies living together, so you can just imagine that the grocery bill for ice cream could use a boost.