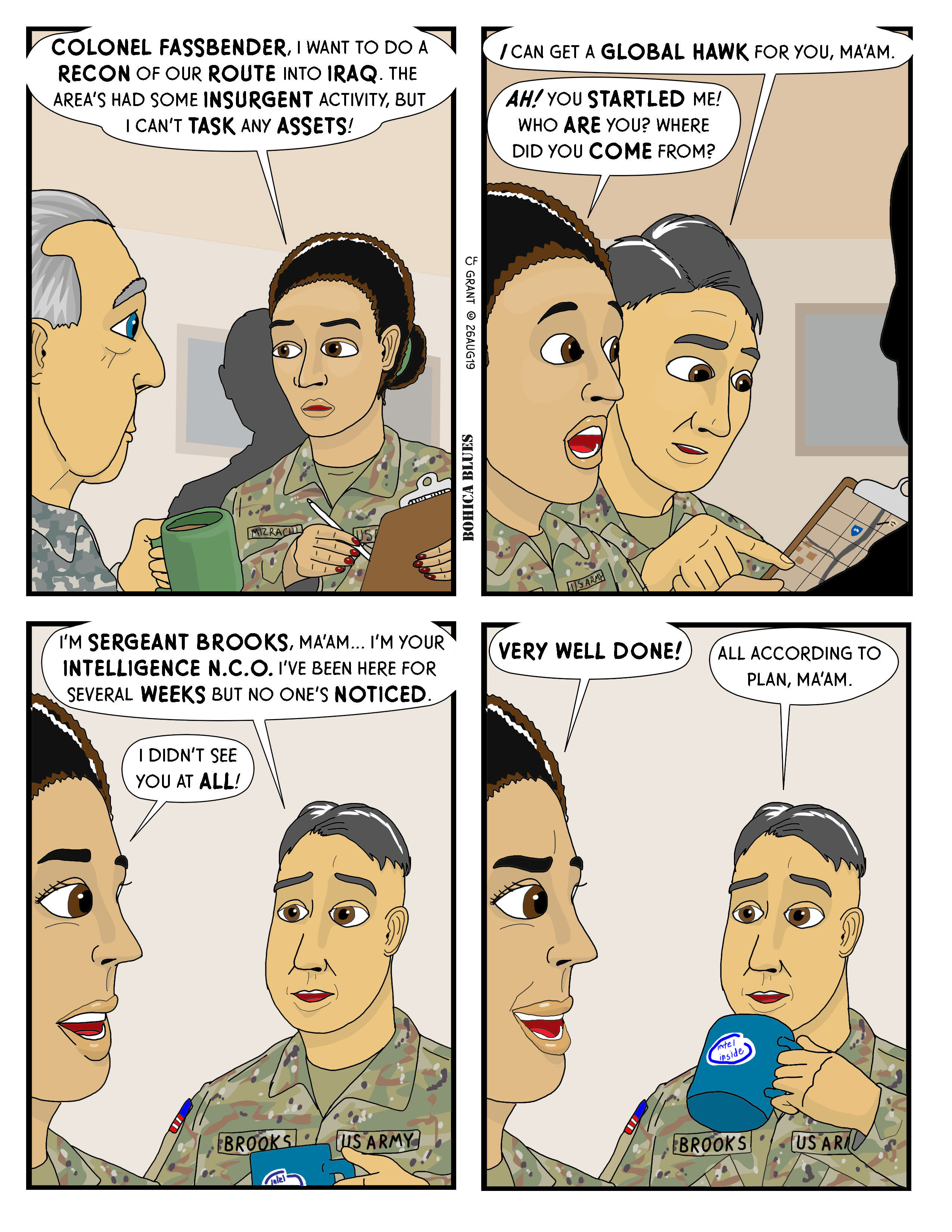 You may recall that in the past I’ve outlined the various “staff sections” in the Army. There’s S-1, S-2, S-3, S-4 and so on. The “Intelligence” section is called the S-2, and there is always a sort of aura of mystery about them and what they do.
One reason for this is because a lot of S-2 personnel work in secure offices that require special clearance to get into. This is unlike, say, the S-3 (training & operations) and S-4 (Supply) offices, which are to an extant open to visitors. In a lot of units I’ve worked in, the S-2 office is frequently called “the vault”. The walls and ceiling are hardened and it is not a place that people can casually enter.
So the S-2 people are frequently not seen, and just sort of “pop out” into the general population, interact as needed, and then disappear back into their rabbit hole.
Sergeant Brooks is one of my Patreon characters and spent some time in Intel, so this seemed like a great place to put him. Captain Mizrachi used to be an Intelligence NCO herself, once, and later an Intelligence Officer after she got a direct commission. But now she’s “branched over” into Combat Engineers to take command of the company, so she’s starting to lose some of her S-2 mojo.