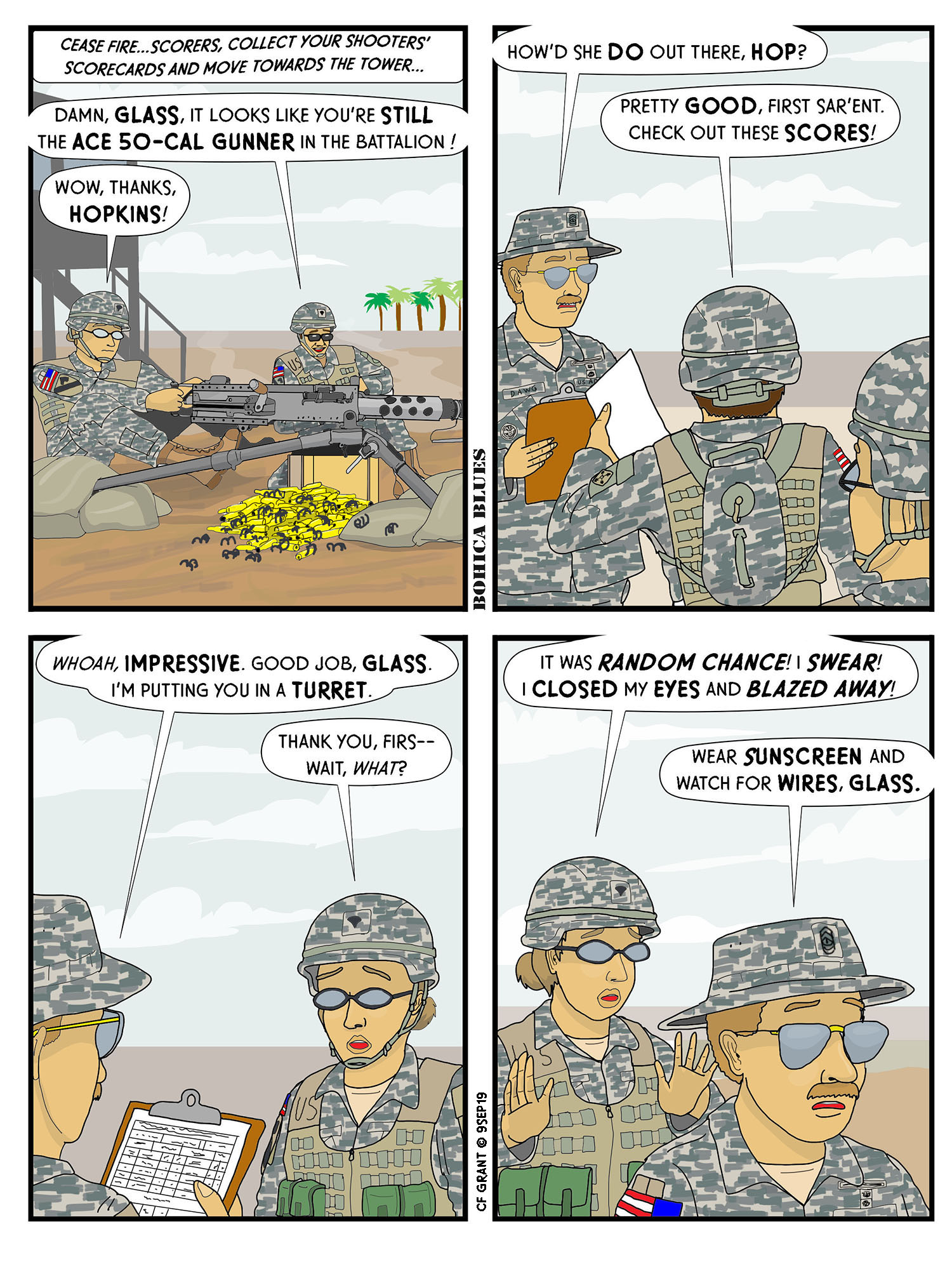 “Fam Fire” is short for “Familiarization Fire”, which means firing a weapon just to prove you know how and to keep your skills fresh. Obviously in this case Glass is firing for a qualification score. She’s really not interested in being the best 50-cal gunner, she’s just really good at it by nature. Perhaps, if you don’t care, you aren’t affected by the stress of over-thinking and trying too hard?
Specialist Glass was noted as a natural gunner back in the first deployment but now First Sergeant Dawg is determined to put her skills to work.Specialist Hopkins is one of my Patreon supporters who gets to be the one that passes the news off about her scores.
The last thing Glass wants is to be in the turret of a vehicle. It’s not so much that it is dangerous –everything there was dangerous, to varying degrees after all– it’s that being in the turret means being blasted by the hot wind and usually direct sun, if you haven’t rigged some sort of cover over the top. And you have a commanding view of mostly nothing but empty desert for much of the way, while towns and villages can be dangerous.
Riding inside a vehicle presents a false sense of security, but it is usually more convenient. Passengers weren’t supposed to nap but sometimes on the long stretches you know people “tuned out a bit”. It’s that weird tipping point between being bored but preferring boredom to the “excitement” that was likely to be dished up.
I think that’s one of the ways Iraq fundamentally changed me. These days I am blissfully happy and satisfied with boredom. Finding myself with nothing to do is like finding an oasis in the desert, a respite from stress.
Until later.