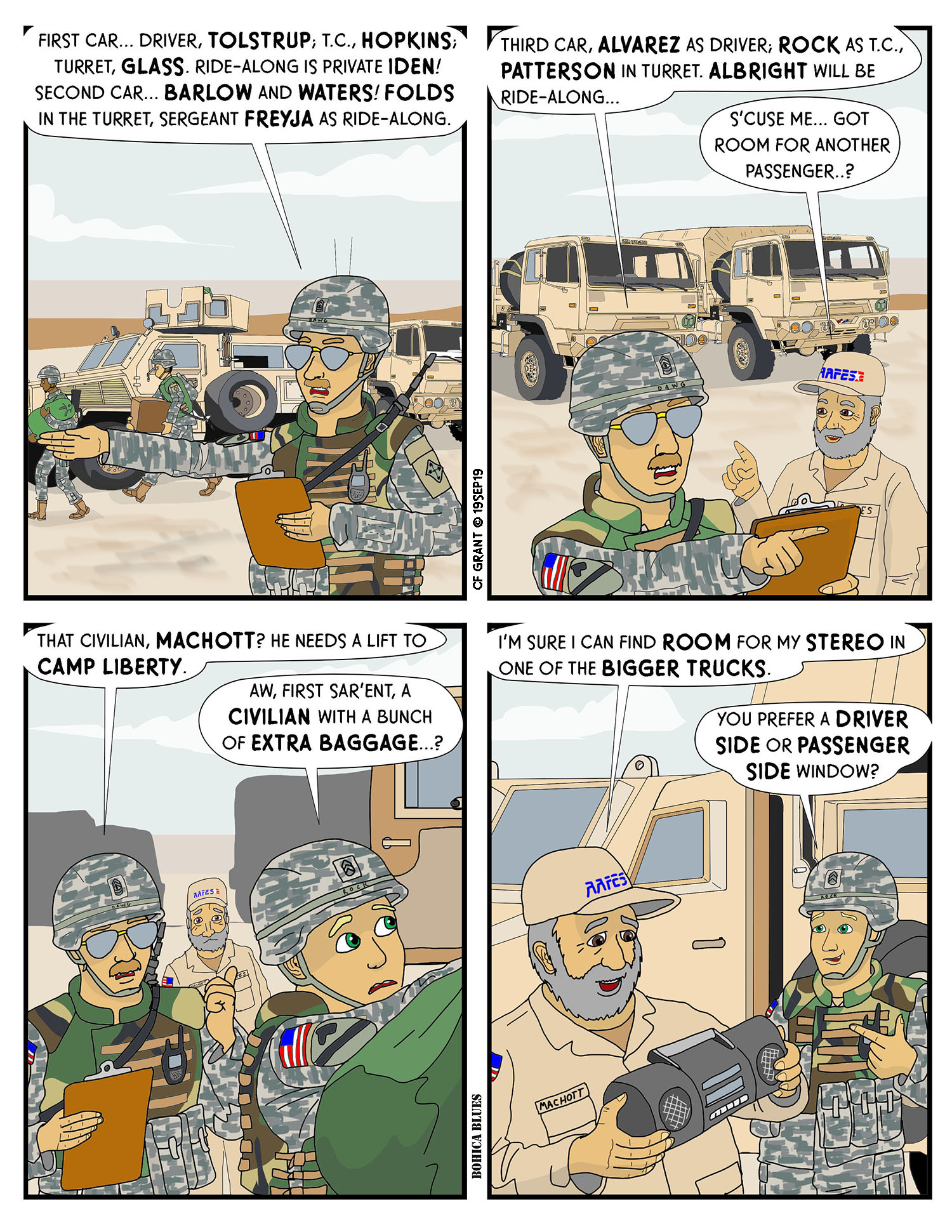 We’ve transported civilians from time to time, civilians that were assigned to missions for various reasons… usually translators. I’m not sure if contractors or AAFES personnel would be allowed to ride-along on a convoy like this but for the purposes of the comic I’m going to fudge things a bit. It gives me another chance to keep some of my Patreon supporters involved in the action (more to come) and to show that we’re getting ready to re-enter Iraq.
Mr. MacHott’s stereo may be modest in size, but a good radio blasting some cool tunes can help alleviate the boredom and tedium of travel, as well as keep you mentally “geared up”. It was very common for people to have their playlists before going into danger areas; music to psyche you up and put you in your “game mode”, so to speak. Sometimes a whole vehicle would have a group playlist, but often times personal iPods (the basic iPod was still a thing back then) would be used.
I used to have a playlist as well, for our convoys to Tikrit through the Sunni Triangle, but I’ve largely lost track of it over the years. Mostly some heavy metal stuff, a bit of rap, and of course I also had some classic “Ride of the Valkyries” available with a quick turn of the dial. I didn’t listen to much; I was paranoid about not having my hearing available in case something went down, so I’d pull out my ear buds and put in earplugs since we were moving in a loud vehicle. The irony of all that is not lost on me.
Some of the guys I knew that did route clearance in the big Buffaloes would usually have a boombox type stereo in their trucks, playing pretty much the whole time they were moving– good music really helps when you’re downrange.
Until later!