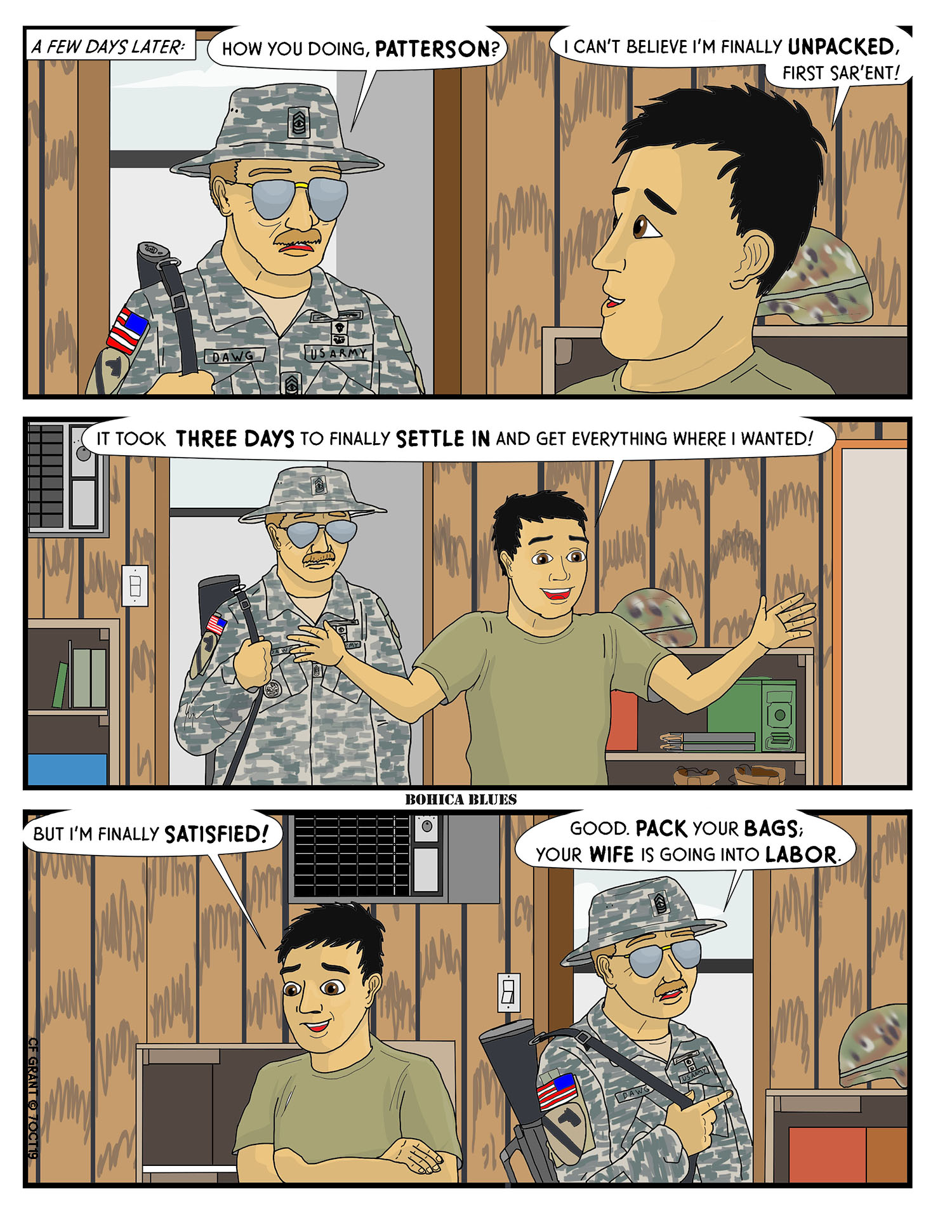 A lot depends on your chain-of-command, but for the most part if a soldier is having a significant life event while on deployment, then a serious attempt will be made to get that soldier home for it. Generally, a birth or a death will be the type of event that can cause a soldier to be rushed home from deployment. This is considered an important morale issue, and a soldier who is stressed about missing an event like this won’t be able to focus on their mission.
In peacetime training, a soldier will be able to pretty much drop everything and be sent back to attend a sudden birth or funeral; during an Active Duty training mission at Fort Carson, one guy’s wife went into labor and a helicopter was sent out to pick him up and fly him to the hospital.
Some restrictions apply, of course, if a person is operationally critical at that moment they may need to delay a return home, but ideally their part of the operation can be turned over to someone else. And of course, a birth or death needs to involve an immediate family member.
Patterson’s wife, Chloe, was about to pop when they left and now they’ve barely gotten to Camp Liberty when Patterson turns around and starts heading back. In my mind this would be pretty frustrating, since this will most likely end up being his leave rotation– so when he gets back, he’ll have the whole rest of the year with little to look forward to until the deployment is over. When I deployed, my leave rotation came almost exactly at the half-way point of the deployment, so it was well-timed… and once I got back to Iraq I knew that I had less time to spend there than I had already spent.
All is not lost for Patterson; because of the circumstances he’ll probably be put back on the leave rotation schedule, but he’ll be towards the bottom of the list. But meanwhile, the rest of the guys will have more traveling to do on their own.
Until later!