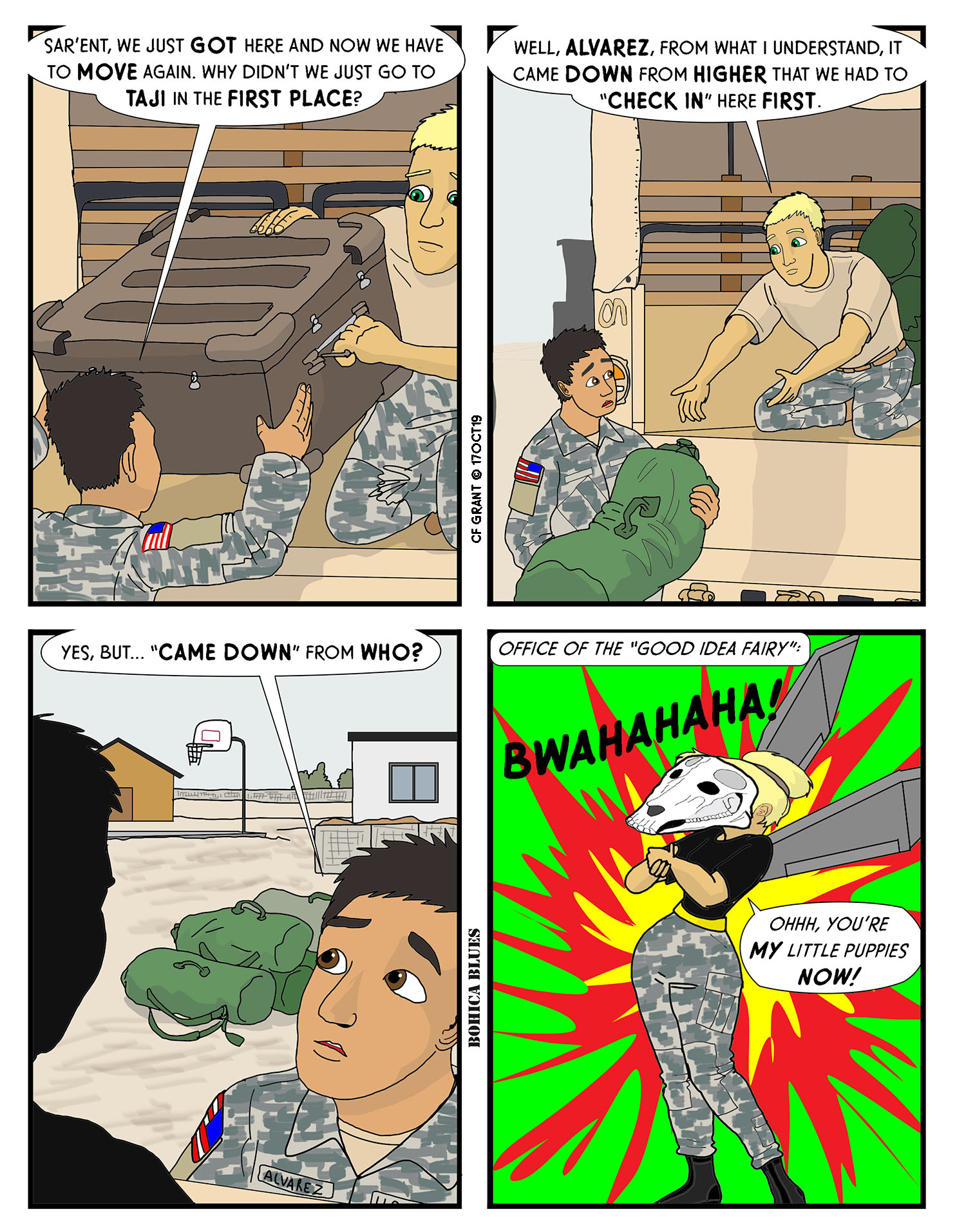 I’ve heard that there are historically two Armies– a peacetime version and a wartime version. The peacetime version is full of people climbing the ranks through the ladders of bureaucracy, with reports, “ticket-punching”, and the always-present favorite, coming up with “good ideas” for other people to carry out. Usually, the “wartime version” of the Army tends to scrape away this layer of careerism based on paper pursuits. Pointless exercises and checking boxes become unimportant as the Army focuses on its main mission.

But from the way things look these days, at the larger bases at least this usual filtering-out process wasn’t happening. The bigger bases were (in my view) packed full of higher officers and Sergeants-Major that wanted a deployment to a combat zone to enhance their career prospects. Of course they didn’t actually *need* to be there, but promotions and eventual bragging rights were the goal.

On top of this, there were large numbers of rear-echelon support troops clustered on the large bases; personnel who lived their entire deployments “inside the wire”, and no doubt a lot of these confined-to-post higher-ups felt that these troops needed “routine” and “something to do”. Filling their days with the same types of paper-chasing routines that they had back on their Active Duty bases were probably also designed to give them a sense of continuity. I don’t think the rear echelon troops needed pointless pursuits to keep them busy; many of the ones I knew were working 12+ hour shifts as it was. But I’m sure it was all someone’s “good idea” at some point.

That’s my take on the situation– there was a lot of “Good Idea Fairy” pixie dust in the air at times that surprised me. And now, our guys are trapped in this… maybe at Taji they’ll have a chance to escape.