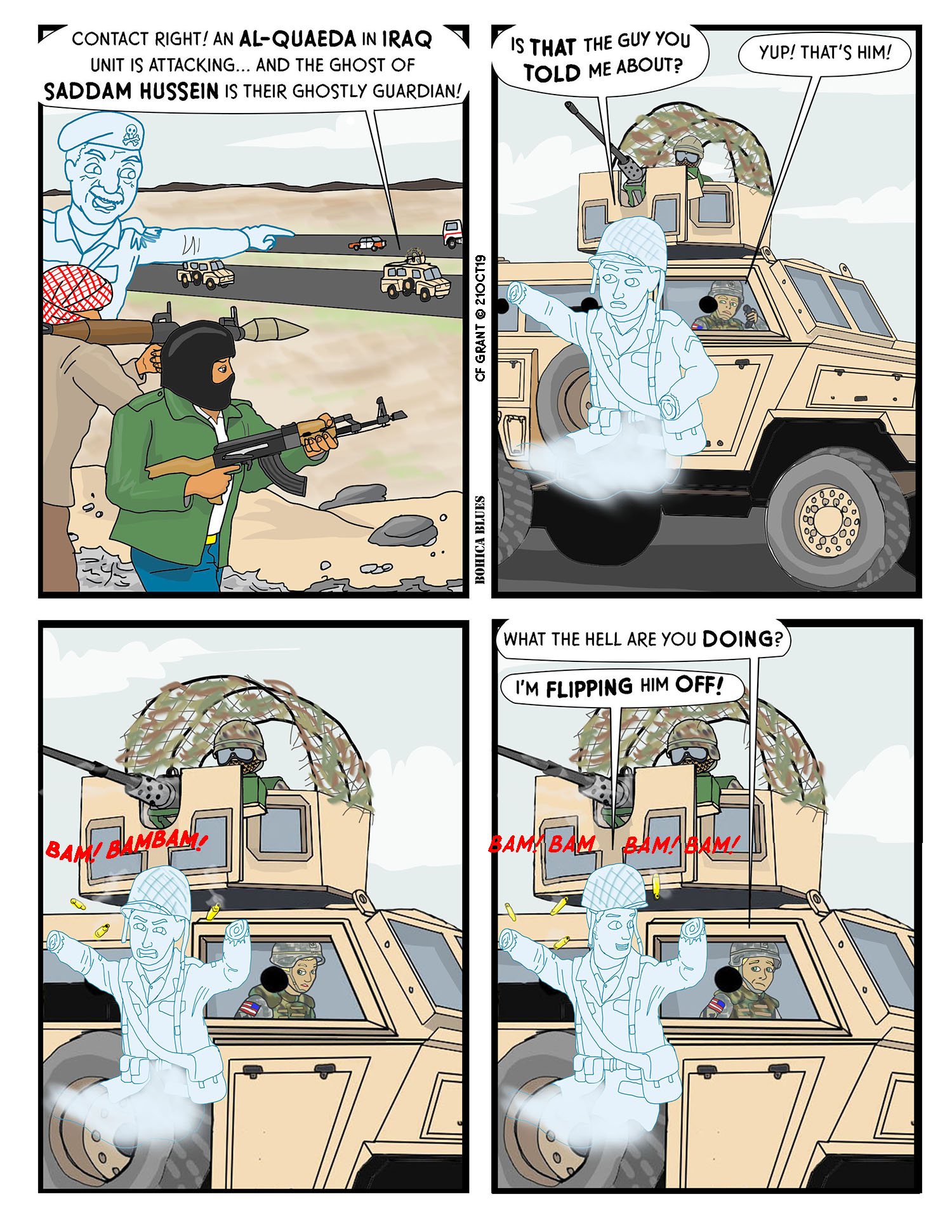 It’s been awhile since they saw Saddam Hussein; last time the Battalion knew of him he was still a prisoner of the allied forces. In the real world he was held and tried, then hanged for his crimes according to an Iraqi court. Now he is a Ghostly Guardian, just like Private Otis Walters is for the MRAP that Joe Rock’s squad is in.

In general, ghosts in almost any form of legend can’t affect the physical world, so Otis can’t attack Saddam and do any damage. He can, however, taunt or use psychological attacks, so he does the best he can. Otis Walters’s hands were blown off by a faulty Bangalore Torpedo during the Normandy attack in June, 1944, and while he survived the initial blast he died of his wounds– hence why his ghost manifested without hands. So when he wants to make a rude gesture, all he has is stumps to wave.