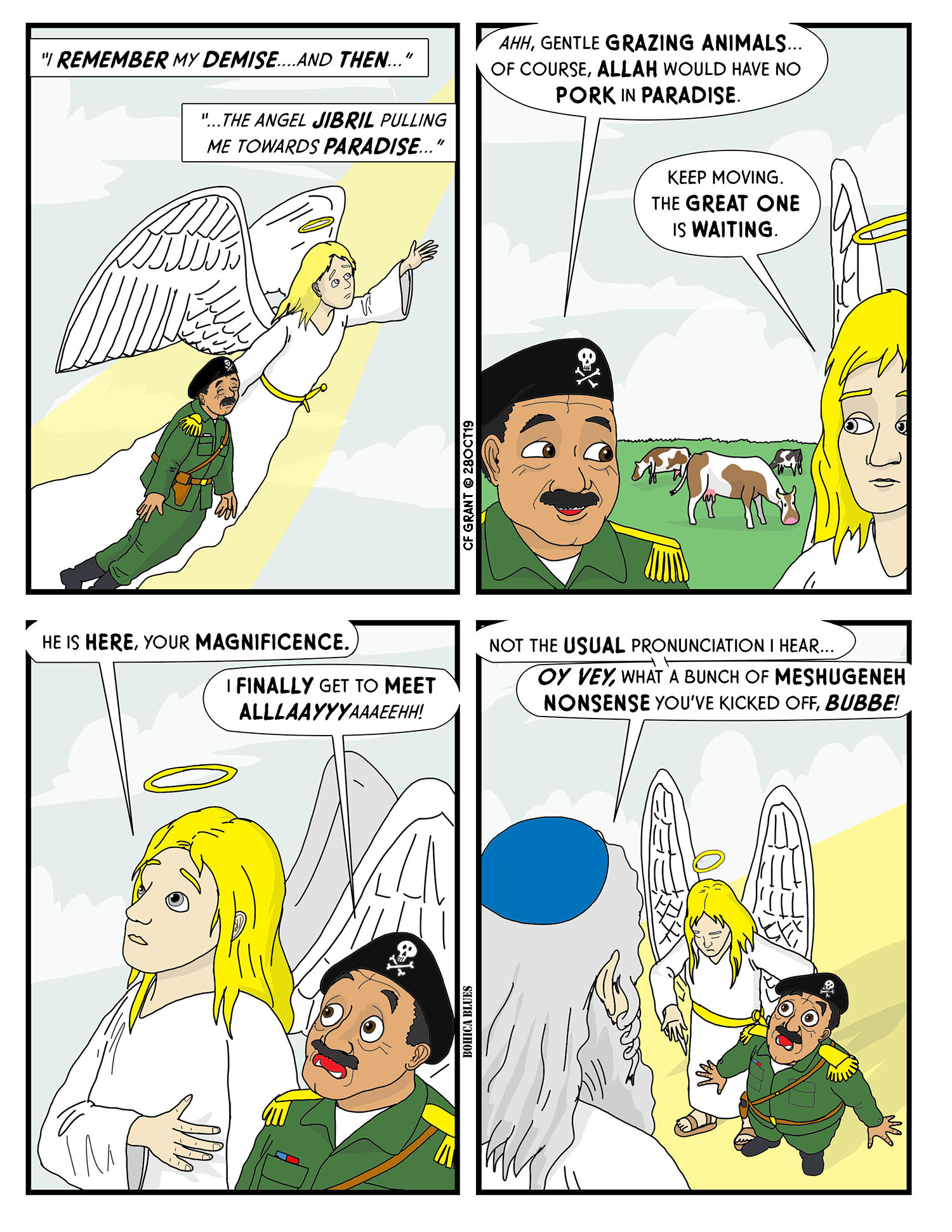 Surprise, Saddam!
The angel “Jibril” is the name “Gabriel” in Arabic and he has a special connection to Arabic speakers, since it was supposed to be Jibril that acted as the interlocutor between Allah and Mohammed, the Prophet among the Muslims. According to the legends, the Prophet Mohammed went out to the desert for 40 days and 40 nights, where Jibril dictated the word of Allah, which was written down to become the Qur’an, the holy book of the Muslims. So, it is only fitting that Gabriel/Jibril, one of the “warrior angels” (hence the sword) is sent to retrieve Saddam Hussein, who was at least nominally Muslim, even if not in practice.
I have been looking forward to an episode like this for some time. Why? Because about a year ago or thereabouts, I realized that I had featured the Devil on multiple occasions; there is even an entry here at the website’s Characters page featuring the Devil as “a frequent tormentor of the Battalion”. The existence of the Devil would presume an existence of the God, and I had not yet featured him –or even an Angel– in the comic yet. So I figured standing in judgment of Saddam Hussein might be an ideal opportunity to show the other side.
Of course the usual portrayal of God is a bit “hands-off”, it’s usually the Devil who has an interest in messing with people. So, God and his angels will probably not be showing up much, but they do exist in the comic. In the case of this reality, he is represented as the original Hebrew deity that now manifests as a modern Orthodox Yiddischer who is most disappointed by Saddam Hussein’s actions against others in the past.
Of course, a being such as God could manifest as anything he wanted; even a she or, say, an animal or mountain or even force of nature, so it’s probably not important to get too bogged down in any one particular form or appearance.