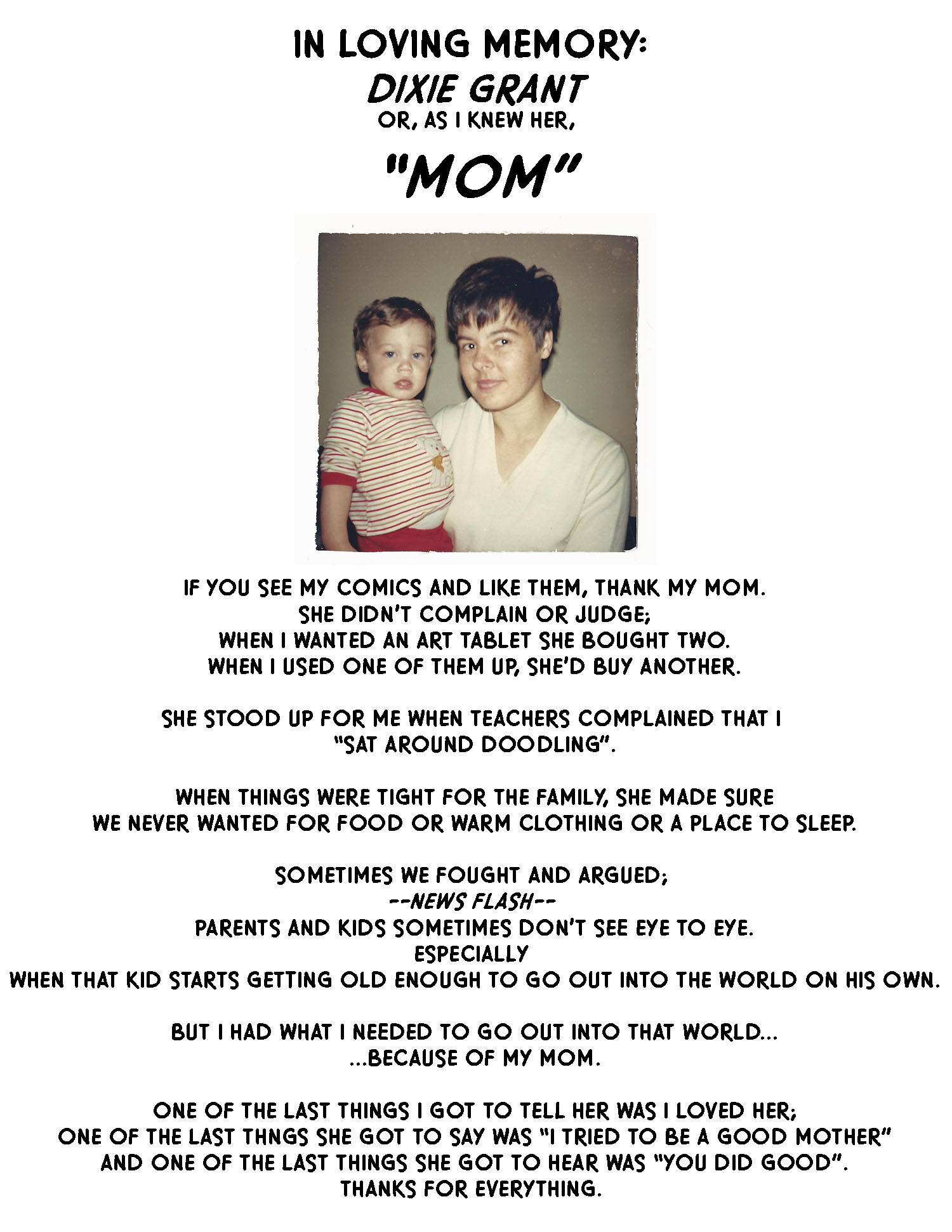 Readers who saw last week’s comic and blog post probably saw the mention of my mom dying. I lost her about a week ago; she had been diagnosed with pulmonary fibrosis several months ago and we expected just a few more years. She was on oxygen but still otherwise robust, and our family was investigating some really nice assisted living facilities in the area for her to relocate to.

Such was not to be. She took a sudden turn for the worse and, in the space of about 48 hours, found herself unable to continue. She asked to end her fight and we had time to gather the nearby family & friends and we got to be there for her. The whole thing was a sudden and unexpected surprise.

In cleaning out some of my mom’s effects, I found evidence of a life lived independently and on her own terms. Society frequently constrained some of my mom’s ambitions –even after business school, an employer in the 1960’s fired her because “they only hired single ladies” as their clerks & cashiers. A few years into more modern times and she probably could have been a CEO of one of those companies.

My mom didn’t get the support she sought in her time, but she did try to see to it I had support for my wishes. She didn’t complain about buying drawing tablets for me to fill with endless doodles, sketches, and cartoons. She let me explore my desires at whatever pace I chose to set– in short, she was a good mom.

Ten years earlier, almost to the day, my dad preceded her in death. I feel this can’t have been a coincidence. She missed him terribly; now they can be together again.

I will take some time off, then slowly bring back comics on Mondays as I accommodate this change into my life. Not three months ago I lost my family dog; now I lose my mom. 2019 quite frankly sucks, as far as I am concerned. Thanks to my readers and supporters for their understanding and patience.