All Those Winter Lights 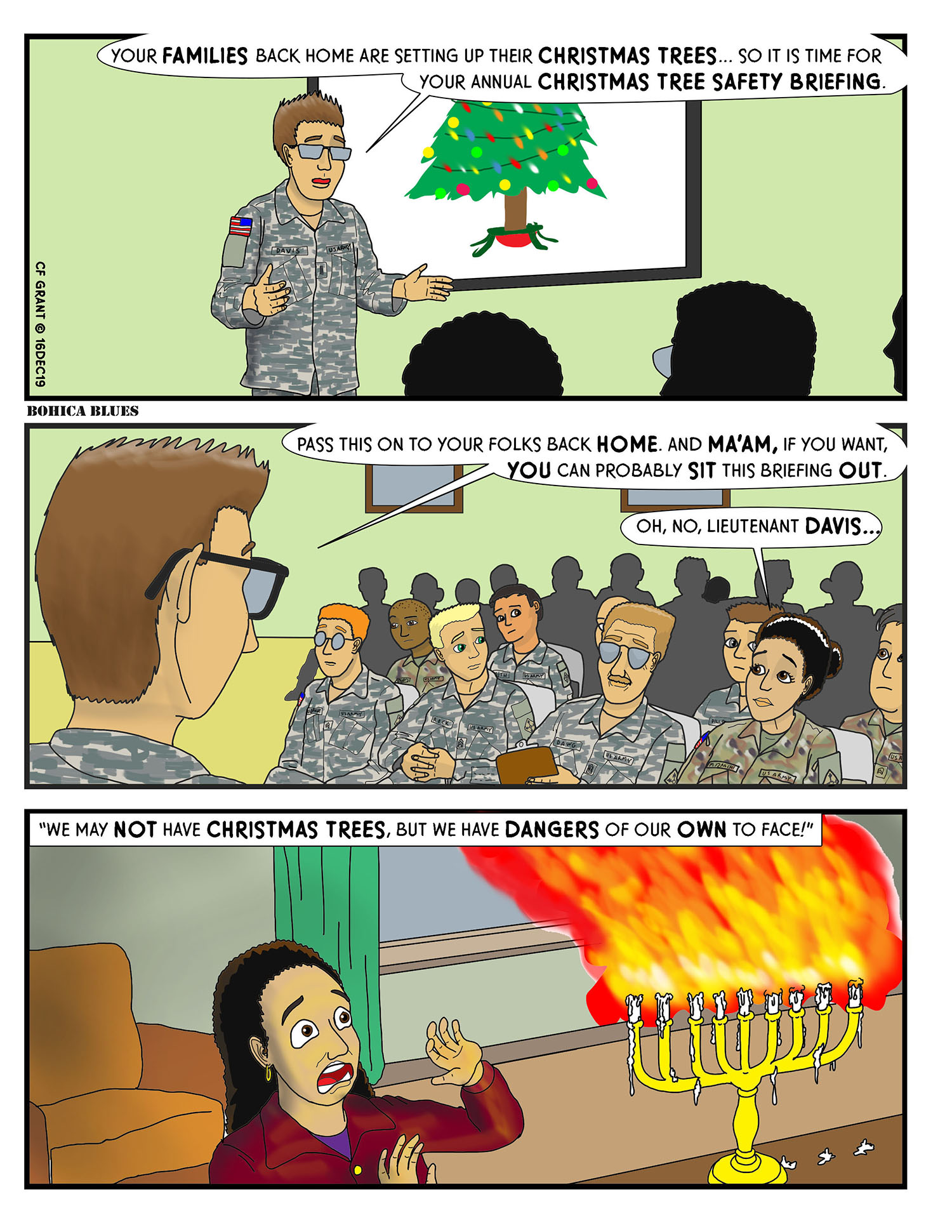 All Those Winter Lights

Would you believe that we really do get annual briefings on Christmas Tree safety? Nope, it’s true! Of course, considering how many people suffer fires and damage from tree-related mishaps, it is probably a good idea.
But really, there are briefings about Christmas trees– frequently electricity related warnings (such as don’t plug power strips into other power strips) and getting rid of old lights in exchange for LED style lights, which don’t burn as hot and have the added advantage of saving money on your electrical bill. There are others, but you get the idea.
In fact, every December it is customary to have a whole raft of safety briefings about all sorts of things. Not partying too hard, not drinking and driving, and so on. There’s also military stuff like not talking about plans and operations and shredding your personal papers after you’re done with them so identity thieves don’t get ahold of anything valuable.
As for Hanukkah, after eight nights you’ll have a lot of candles burning, and sometimes it seems that you get a batch of candles that just burn hot and fast. Make sure that “the light that is shone out unto the world” doesn’t get out of control.
Stay safe and have a great holiday season.