It’s Who You Know 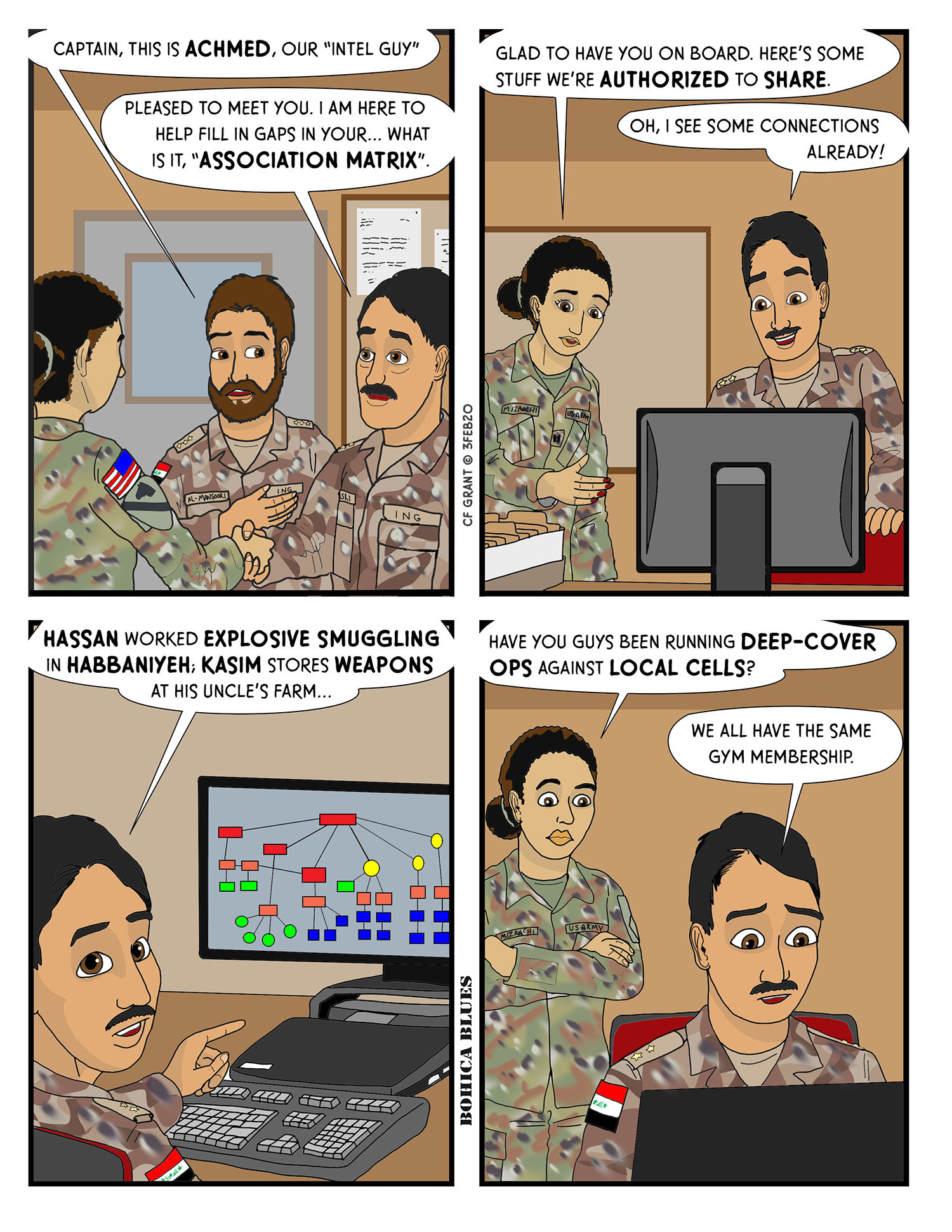 It’s Who You Know

It all comes down to local connections.

Okay, so, in the Army we have something called a “SALUTE Report”. If you’re out walking around and you spot an enemy unit, you are supposed to send up a “SALUTE report” on the radio. The word “SALUTE” stands for “Size, Activity, Location, Unit (or Uniform) Time, and Equipment”. It represents the basics needed to get a good idea of what kind of enemy you are dealing with. You are only supposed to report what you can actually see, and not bring in any guesswork.

Troops have to send these reports up and I was always pretty good at them, because I had a knack for identifying foreign equipment and uniforms. What happens to these reports? Are they just to let the commander feel good? No, they go to an Intelligence section somewhere and they start building a picture of what is “out there”. A lot of times it goes to fill in what is known as an “association matrix”.

An association matrix is what it sounds like: a visual matrix of what everyone has seen while they are out patrolling. If one team sees a bearded guy in a red truck driving east, and another team reports a bearded guy in a red truck driving east 30 miles away, and he stops at a blue farmhouse, then you know there’s an association of some sort. If, the next day, an old man takes the red truck from the farm house and drives it to a different place to load weapons, then you can figure out that the blue farmhouse is some sort of meeting and hand-off area, and so on.

This is where having a local guy helps out. Locals have informal networks of information they can tap into to “fill in the blanks” which can then be confirmed by observation later. Outsiders have no access to these informal networks, and can’t just show up asking questions without making everyone wonder. SO Achmed will be a big help as the guys and gals in the 213th head towards the village of al-Halvah.