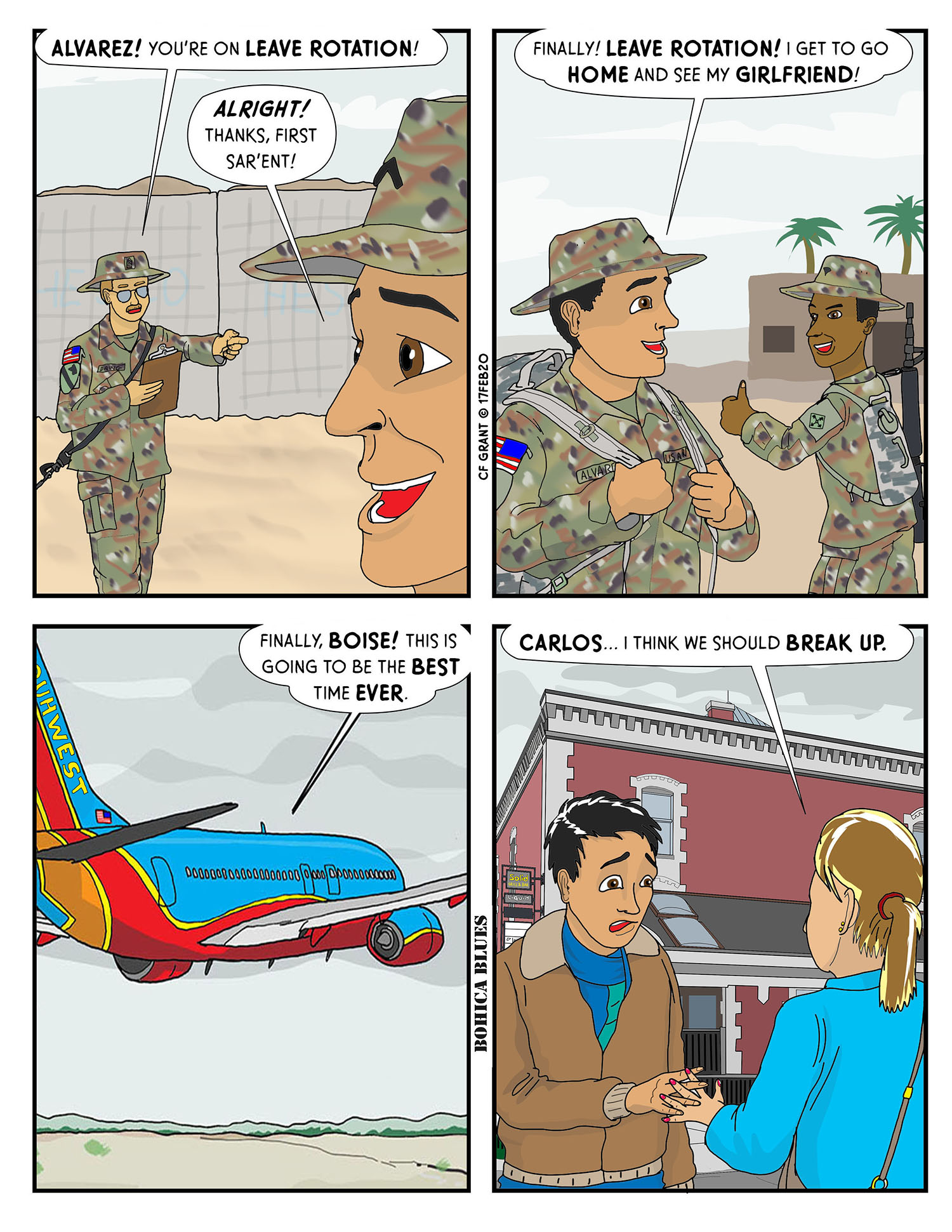 Poor Alvarez; he’s mentioned a girlfriend a time or two but I never gave her any face time (unlike, say, Willow, who eventually married Philip Albright). I had figured that at one point, someone was going to break up with a character, and Carlos Alvarez draws the short straw.

Breakups during deployment (really, breakups during any long “away-from-home” type job) are a fact of life for some people, and just about every deployed military person knows someone who had a relationship come to an end during the time away. There are a couple different strains of thought on this: one (a common perception) is that it is kind of crappy to break up with someone during a deployment– they need the emotional support of someone back home, and so on. But others (and I’m one of them) feel that it isn’t right to put up a charade of support only to have the person come home to a lie. I’m more of a “rip the Band-Aid right off” type, if it was going to happen at all.

But some people don’t want to deal with that while downrange and I understand. Each of us is different and some people want to know and some just want to put it off until they come home. Everyone has their way of dealing.

Of course, Alvarez now has two weeks off, but without the company he’d hoped to be with. If you know Boise, then you know she broke up with him in front of the PF Chang’s in the BoDo (“Boise Downtown”) District. He’ll have to find something else to do with his time, but the trip back and the rest of the year are going to be a long haul.