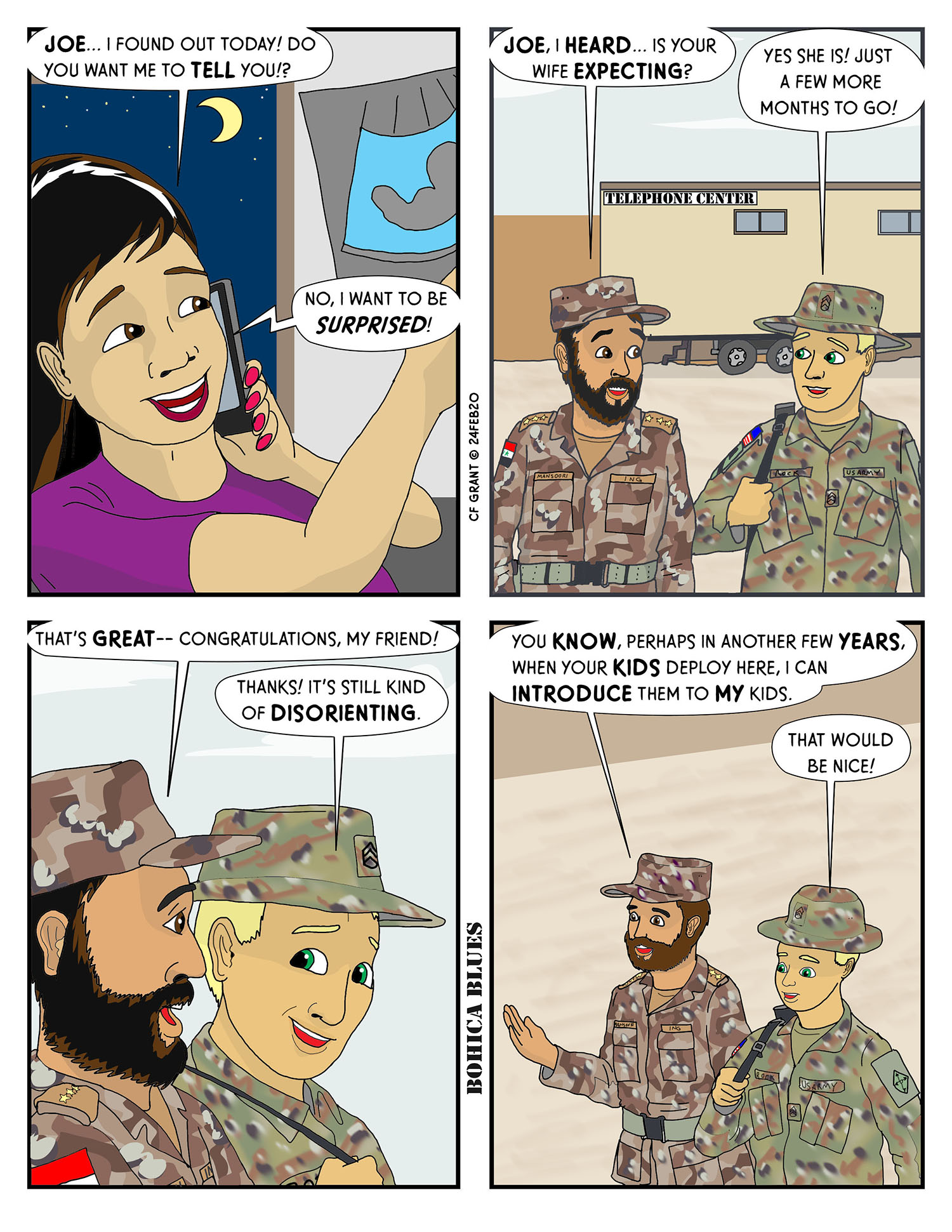 Ohh, little did we know when these conflicts kicked off, all the way back in the early 2000’s, how long they were going to drag on. The Iraq war kicked off in 2003 but right now it is technically possible for a child born after the Afghanistan invasion to serve in the same theater of war his or her parents might have served in. It’s kind of sobering to think than in just a couple more years, the same could be said of Iraq.

The 213th Battalion in BOHICA Blues did their first deployment in 2004 and ended around 2006 (having been extended for a year), and now they are supposed to be on the current deployment somewhere around 2010 or so– just before the “official” US forces pullout of Iraq.

As we all know, even though the bulk of US forces left by around 2011, many formations got posted to remain behind because it was around this time that the organization that had once been “Al-Quaeda in Iraq” was beginning to transform into the eventual “Islamic State in Iraq & Syria”, or “ISIS”. As far as BOHIXA Blues goes we’re not quite there yet and the Iraqi Army (still, if I remember correctly, going by the moniker “Iraqi National Guard” or “ING”) was still being “stood up”, which is the focus here with the 213th Battalion working with Hakim’s company of Combat Engineers.

Who knows, maybe their kids will fight together in Syria or something.