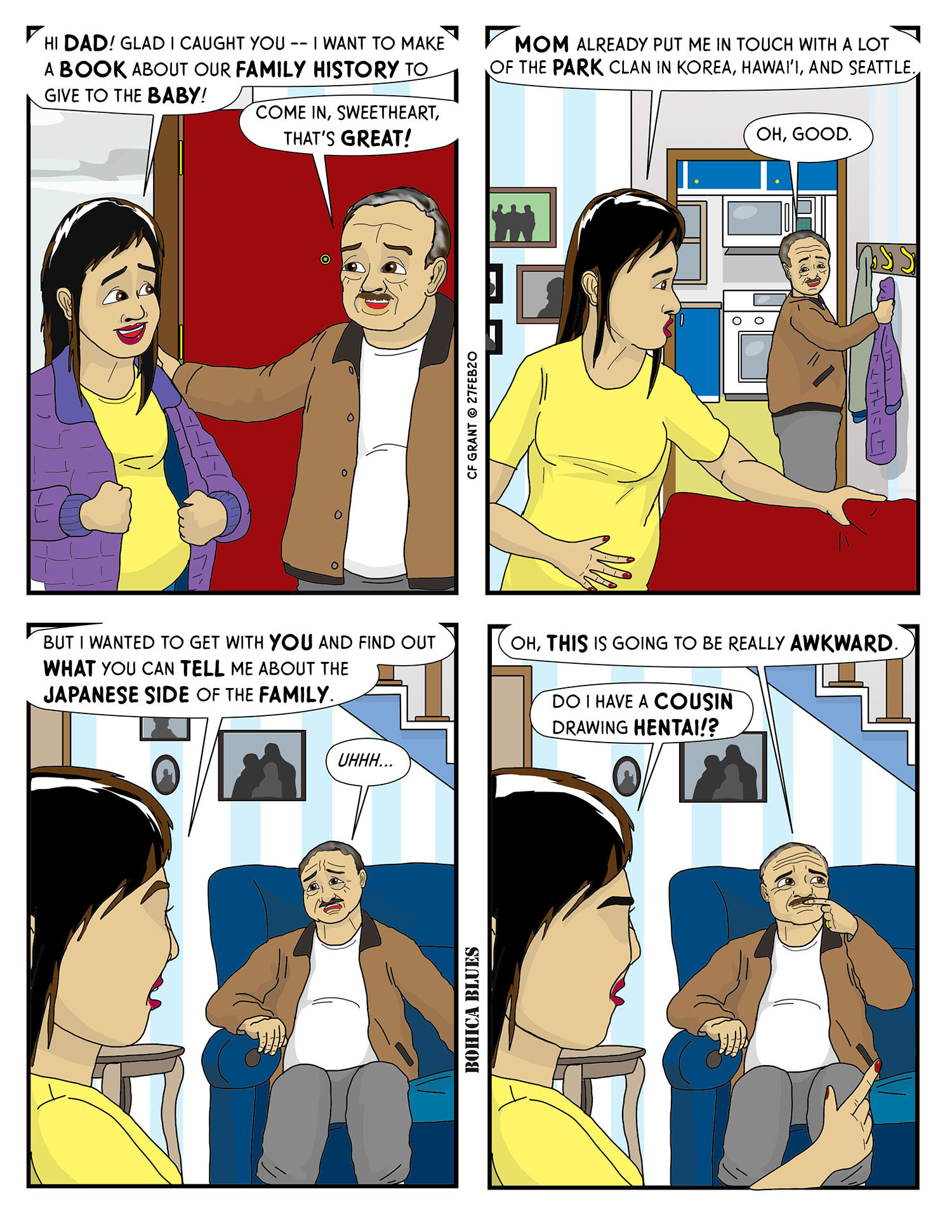 So, the backstory I’ve touched on before: Juni’s mother’s family emigrated from Korea to Hawai’i, about the same time her father’s family came to Hawai’i from Japan. The kids were young and bonded over the immigrant experience and learning English, drifting apart for a few years before eventually meeting again and getting married, resulting in Juni.

Juni’s father was influenced by the trends in Japan at the time to be the “salaryman”, the tireless workaholic that provides for the family through long hours. As a result, Juni spent most of her time with her mother and grew very close to the Korean side of her family, speaking a lot of Korean with her mom but not learning more than a few “tourist” words and phrases of Japanese. So she needs to sit down with her dad and ask directly because for Juni, her dad’s side of the family are largely strangers to her.

Typically, in Asian culture the women do not change their names to match their husband’s family name, but they were told by well-meaning but misled friends and family at the time that they would be required to in order to assimilate properly. So Juni’s mother Kyung-soon Park changed her name to Karen Okuda when she got married. So Juni’s last name is Okuda.

Of course, the past history of Korea-Japan relations provides ample opportunity for past awkwardness as well.