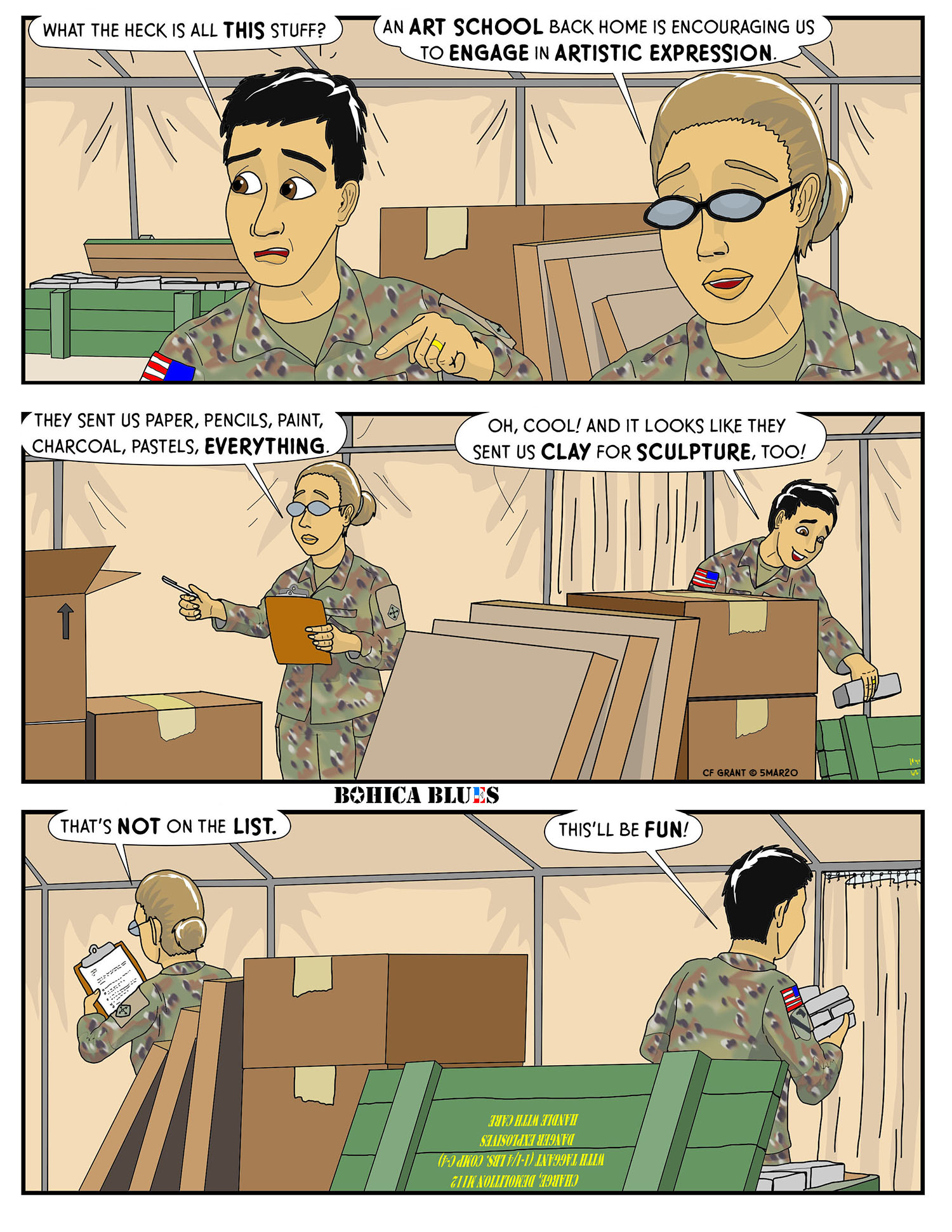 Okay, back to the folks downrange!
I remember during my deployment –and admittedly it was early in the war– we got a lot of support stuff from the general public, Letters to “any soldier”, swag, I heard of the folks that made Dungeons & Dragons sending copies of the game to troops downrange, and so on. I don’t know if that stuff continued throughout the war or not, but I assume it did. I imagined some attempts might have been made to encourage art as a way to express one’s feelings and thought of this. After all, that’s how I express my feelings.

Unfortunately, it seems that before the “morale supplies” showed up, someone forgot to clear out a box of C-4, otherwise known in popular culture as “plastic explosive”. Patterson has helped himself to what he thinks is sculpture clay.

In truth, this mix-up is unlikely to happen in real life; C-4 is usually wrapped in plastic covering with words printed on it declaring in no uncertain terms what it is. But if that plastic were (for some reason) to be peeled off, then there’s be a sort of light greyish-white plastic block, that is 100% moldable.

The possibilities are endless.