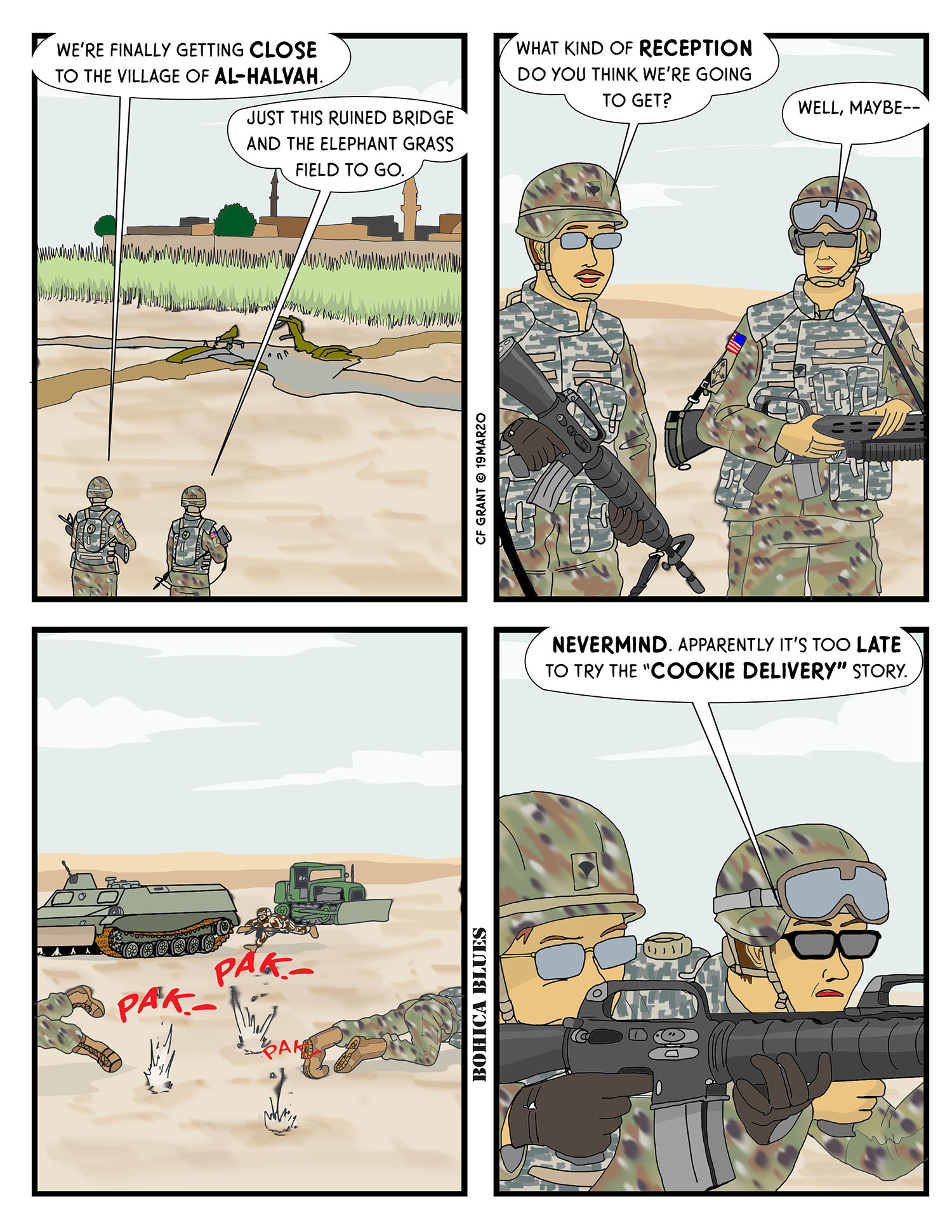 The guys get closer to the enemy-held village of al-Halvah and there’s just a little ways to go. The ruined bridge over the small canal is reminiscent of an actual bridge situation that my company did a recon of shortly after we got there– a small local village bridge had been bombed in the 1991 war, and a Soviet-era bridging tank had been sent to deploy a metal combat engineer bridge across the span. When we went there, we were going to see if the location might be a good spot to build a new bridge as a sort of outreach and community support mission.

Here, the military bridge has also been destroyed, so that will have to be dealt with. And once on the other side of the canal, there is a cluster of elephant grass masking the near approaches to the village. Since this village is known to be hostile, that makes things dangerous as the joint American-Iraqi operation gets closer. There were areas of elephant grass and other vegetation around Iraq; the image of endless, featureless desert is not entirely accurate (although there was a heck of a lot of desert, too).

It may be March, but it may also be too late for the “cookie delivery” ruse!

This is the first comic in which the characters in it are both Patreon supports’ characters, and none of the regular cast is present! Find out more by joining the 213th Battalion over at Patreon and see over 1300+ unique images and comics!
Patreon: https://www.patreon.com/Coyote