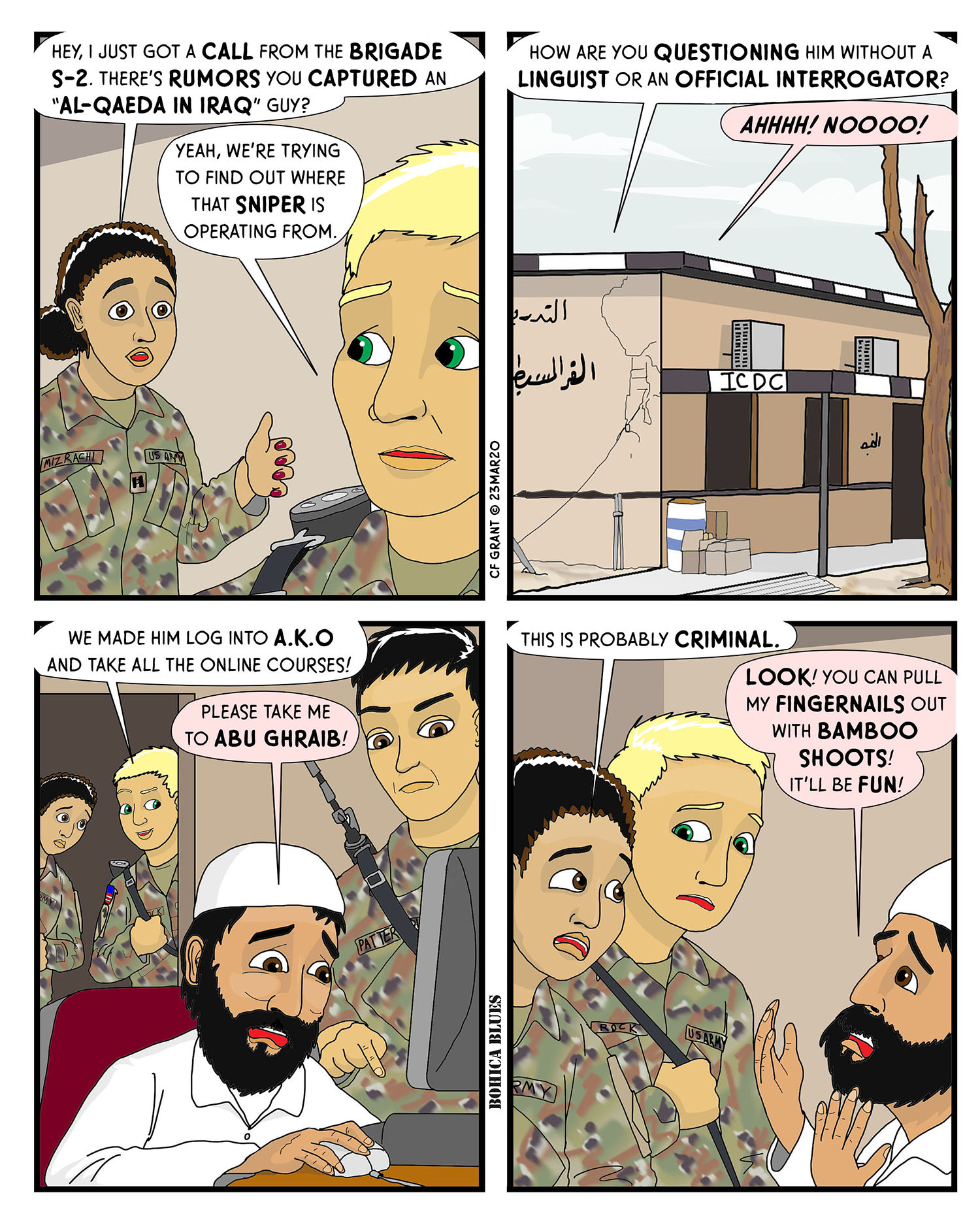 So for those not familiar with the military, remember that a “Brigade” is higher than a “Battalion”, and they want to know what a Battalion is up to at any given moment. And an “S-2” is –for long-time readers– the sort of “insider’s code” for the “Staff-2” position, which is “Intelligence”. This is how people talk in the military; we wouldn’t say “Brigade Intel” or “Intelligence”, we use things like S-2 or similar shorthands. It’s one of those things that Hollywood changes but I don’t blame them for it. “Intel” can be understood by an uninitiated audience, whereas the more accurate “S-2” would be too cryptic and require too much familiarity.

On the building, “ICDC” is painted; it hearkens back to the earliest attempt to re-establish an Iraqi Army, when they were called the “Iraqi Civil Defense Corps”.

Remember that in the previous comic, a sniper opened fire on the troops; now they’ve caught one of the “al-Qaeda in Iraq” guys and are questioning him. Since the sniper opened fire on people they know, they want to get the information right now to deal with it directly. They don’t have the proper assets –a professional interrogator, for example– but they have other ways.

I would not make light of actual torture, but in the military we get online learning courses shoved at us constantly. It becomes tiresome, and because the websites are generally clunky and the scripts for the training are usually awful, we liken it to a sort of necessary evil*– the word torture is tossed about. The al-Qaeda guy would rather roll the dice at abu-Ghraib prison than put up with it any longer.

*And the word “necessary” is viewed with suspicion as well.

Looking for something to do during the virus sequester? Don’t put yourself to the torture of online courses– read webcomics! Share BOHICA Blues with friends, and invite people to binge-read. There’s something like 800 comics now, so that should keep your friends and family occupied for at least… a week?