When the World is Your Playground 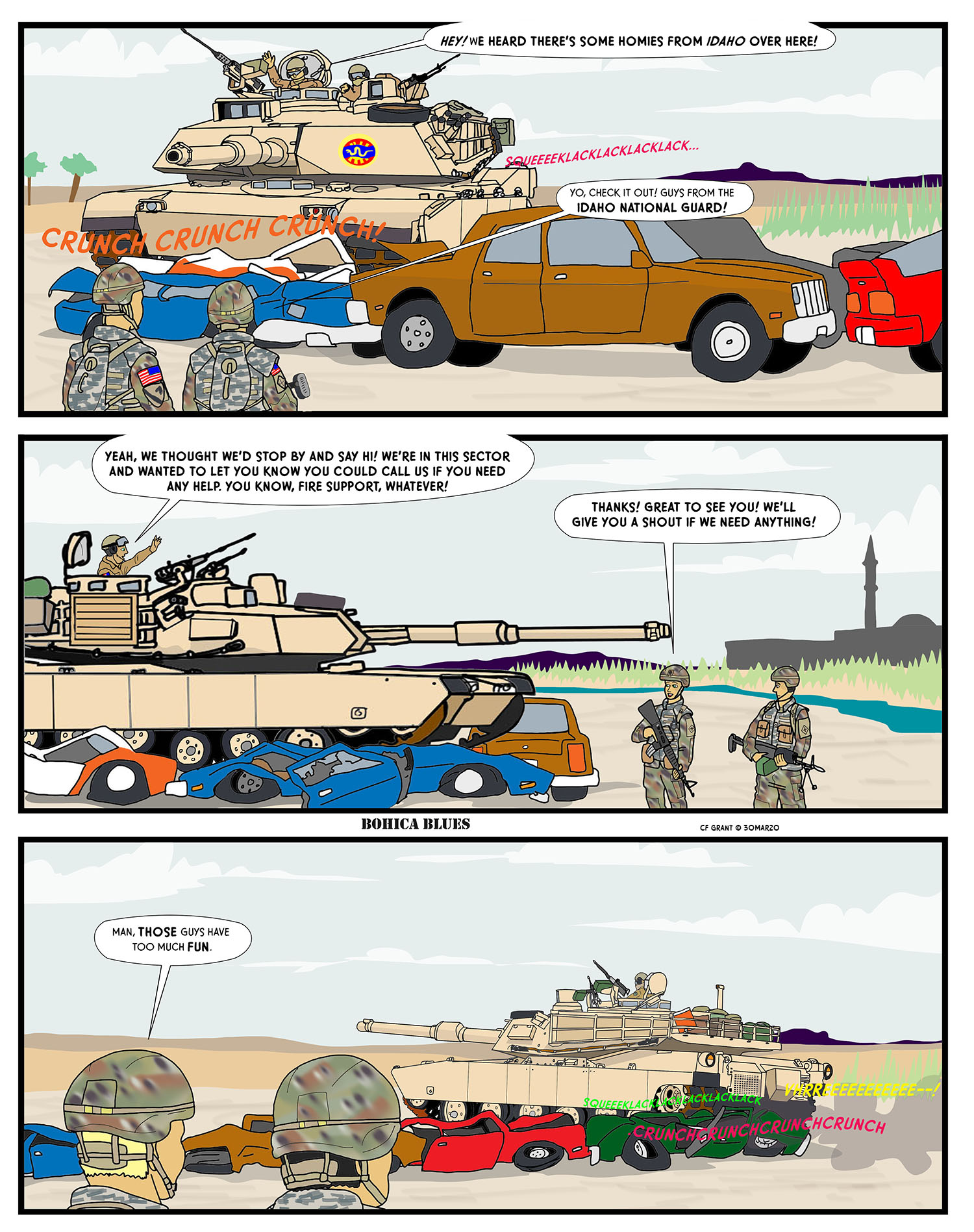 When the World is Your Playground

So I wanted to give a shout-out to the Idaho National Guard, who was also deployed to Iraq. The 213th Battalion, featured in the comic, is Army Reserve, but the Reserves and the Guard share a lot of similarities (it’s easy to get them mixed up if you’re not involved with either organization). However, they are two distinctly different organizations. The National Guard can be called up for State emergencies, while the Army Reserve remains a part of the Federal military structure. Other than that, they both drill on one weekend a month, and at least two weeks at some point during the year.

It can be nice to run across people from your home state while deployed. Your obscure references to place names or recent local events are understood, and you feel a sense of belonging. But our National Guard in Idaho has tanks, and the Army Reserves, all across the country, don’t have any tanks at all. And tankers –tank crewers– have their own idea of fun.

The Idaho National Guard has their own unit patch, the 116th Brigade patch which features a snake on it, in a dark blue band; this stands for the Snake River. A tank with that unit symbol painted on it –the “sneaky snake” is is sometimes called– was photographed running over a car in Iraq. The thing is, I think if tankers had their way, every road they traveled with be paved with cars ready to be crushed. The fact that only the one car got crushed (at least as far as photographic evidence) is kind of a testament to their restraint.

After getting out of the regular Army many years ago, I was briefly in the National Guard as a tank driver. It was a lot of fun but I switched to the Army Reserves to be a Combat Engineer. Still, I sometimes miss the fact that I didn’t get at least one old junked car to drive over… just to see what it was like.

Enjoy the comic, welcome new readers and if you *are* new to the comic, go back and check it all out from the beginning. Each individual comic builds on a running story over time, so it is best to read it in order. It’s still going after almost 7 years so there’s plenty to read.