What Are YOU Wearing…? 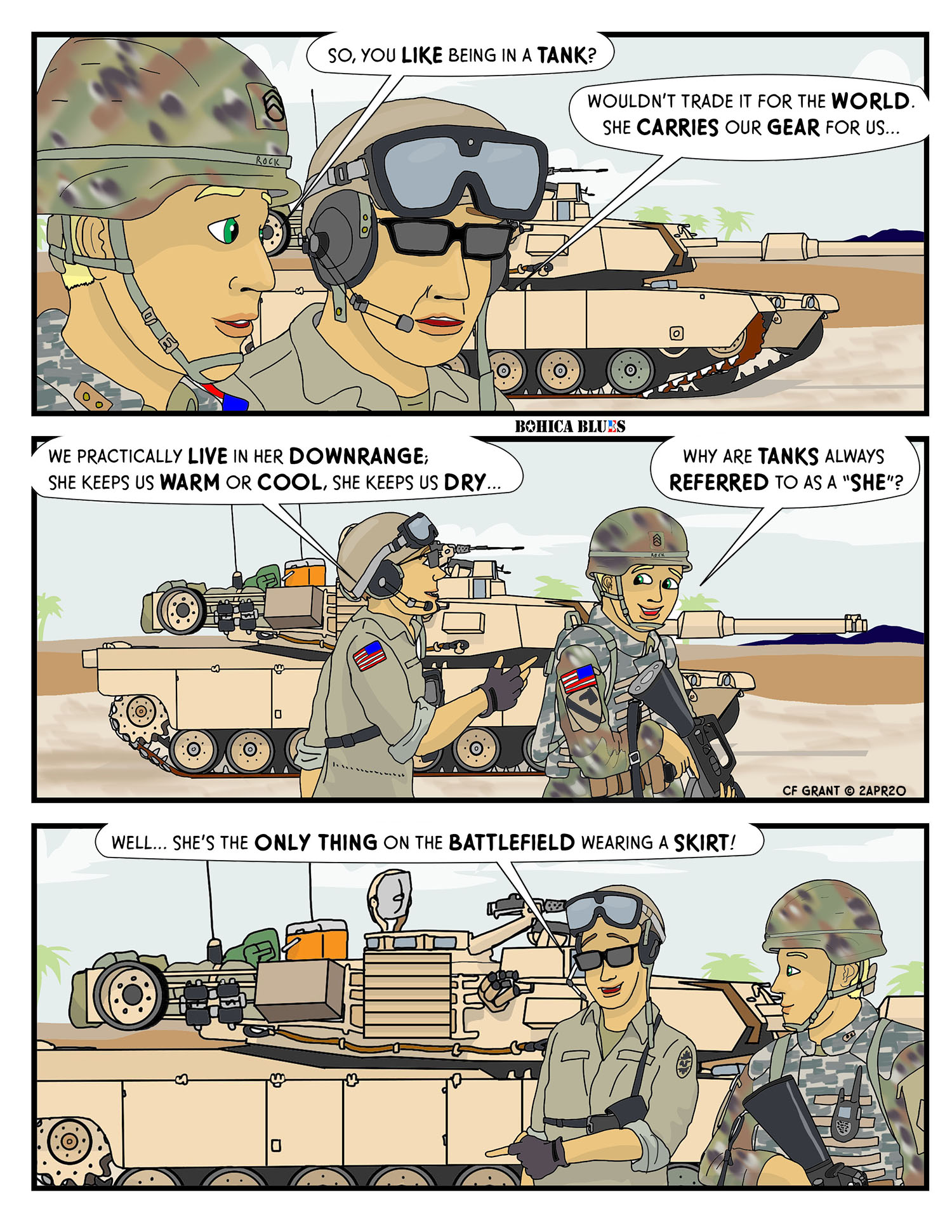 What Are YOU Wearing…?

It’s true! Tanks have armored side-plates protecting the tracks and suspension, and they are called armor “skirts”. As far as I know, the idea of putting extra armored plates on the sides of tanks came from World War Two German tanks, which were given these extra plates and they were called “Schurzen”. In English, “Schurzen” actually translates as “Aprons”, but in this context has come to be called “skirts” instead.
The idea behind “skirts” is to allow for an extra layer of armor so that incoming rockets and missiles can explode “safely” along the outside of the skirts, rather than letting the blast reach the inside of the vehicle. It is better to sacrifice a heavily-damaged vehicle and save the crew, ideally, since it is easier to simply replace the tank than the people.