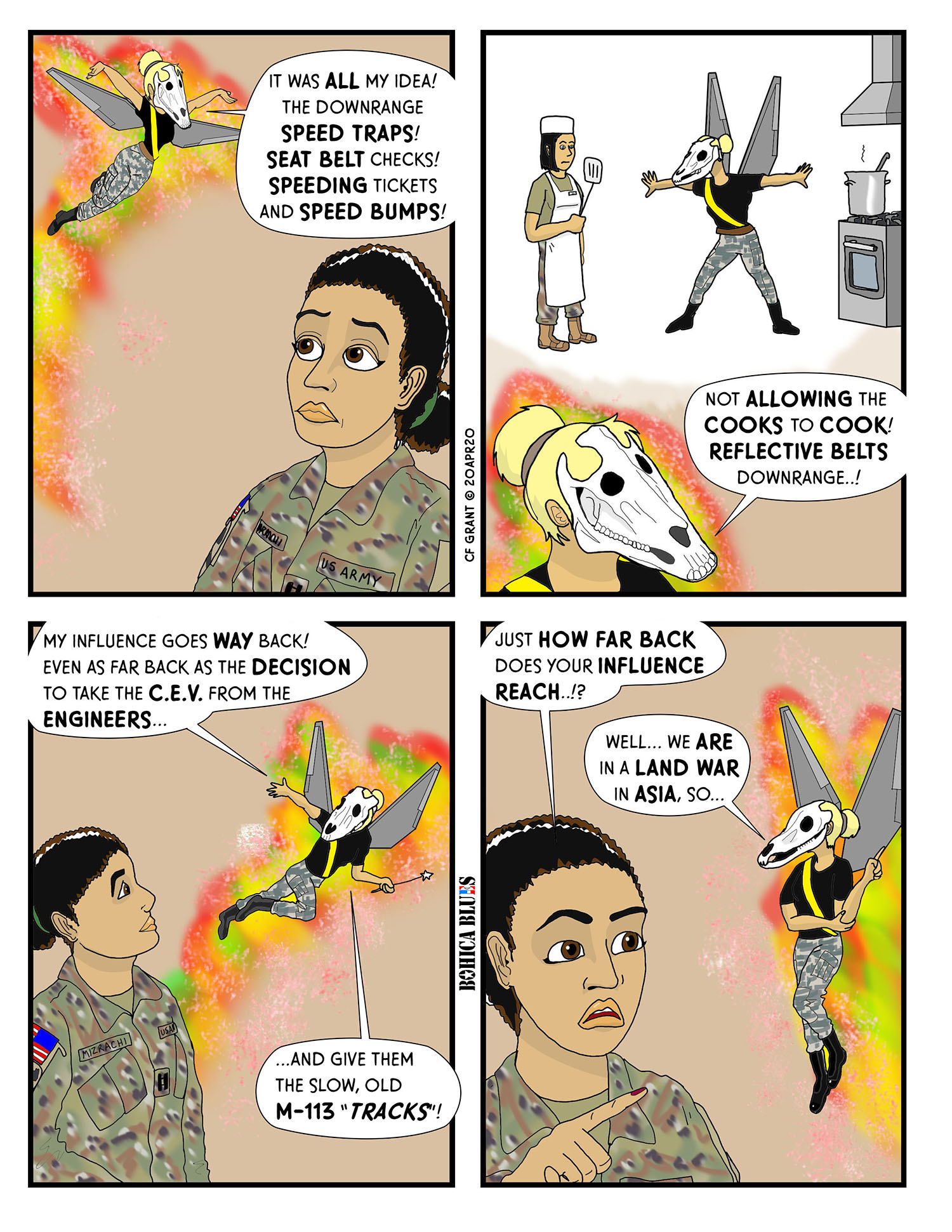 The Good Idea Fairy affects all level of thinking, from the small-unit level to the very top strategic planners and doctrinal thinkers. It might have seemed like a Good Idea to do some of these small things, like reflective safety belts in combat… or larger decisions like not letting cooks actually do their job in-theater but rather to turn the food prep job over to civilian contractors. Taking away strategic equipment without a solid plan to replace it with something of equal capability, and so on. I try to examine some of these things from different angles and see if I can figure out how they could be seen as “Good Ideas” and some I can understand and some I can’t.

There’s been a sort of long-standing truism to military thinking over the years that –unsurprisingly– gained traction after Vietnam: “don’t get involved in a protracted land war in Asia”. It makes sense; after all Asia is a huge continent, encompassing such vast swathes of land as China, Siberia, India, and more. Included in that land area is a whole lot of population as well.

We generally think of “Asia” as the far east: China, Korea, Vietnam, Japan, Malaysia, etc. But it technically starts from Turkey, Syria and Israel all the way across. Iraq, Persia (Iran) and a lot of countries whose last names are “Stan” are all Asian. In the West we think of a lot of these places as the “Middle East” but the term “Middle East” describes a socio-political region rather than a geographical one.

A lot of people were worried about enduring long term, protracted war in Iraq during the 1991 Gulf War, but the allied coalition nations carried out the war essentially like one big, massive raid rather than a true war– jumping in, striking fast, and jumping back out without trying to take and hold territory. Operation Desert Shield, the build-up to Desert Storm, took months longer than the actual combat. The second time around was different, and we ended up staying there for years… and I think we learned why it is not a good idea to get involved in these areas. Working with one side or another means we end up adopting all the local long-running feuds, whether intentional or not.

To me, that was the worst of the “good ideas” we’ve had to endure over the years, and the funny thing is, I can understand why some planners and deciders might think that “going in to stick around long enough to straighten things out this time” seemed like, at the time, a good idea. But the Good Idea Fairy is always followed around by the Shadow of Unintended Consequences, and she casts a long shadow indeed.