The Why of Things 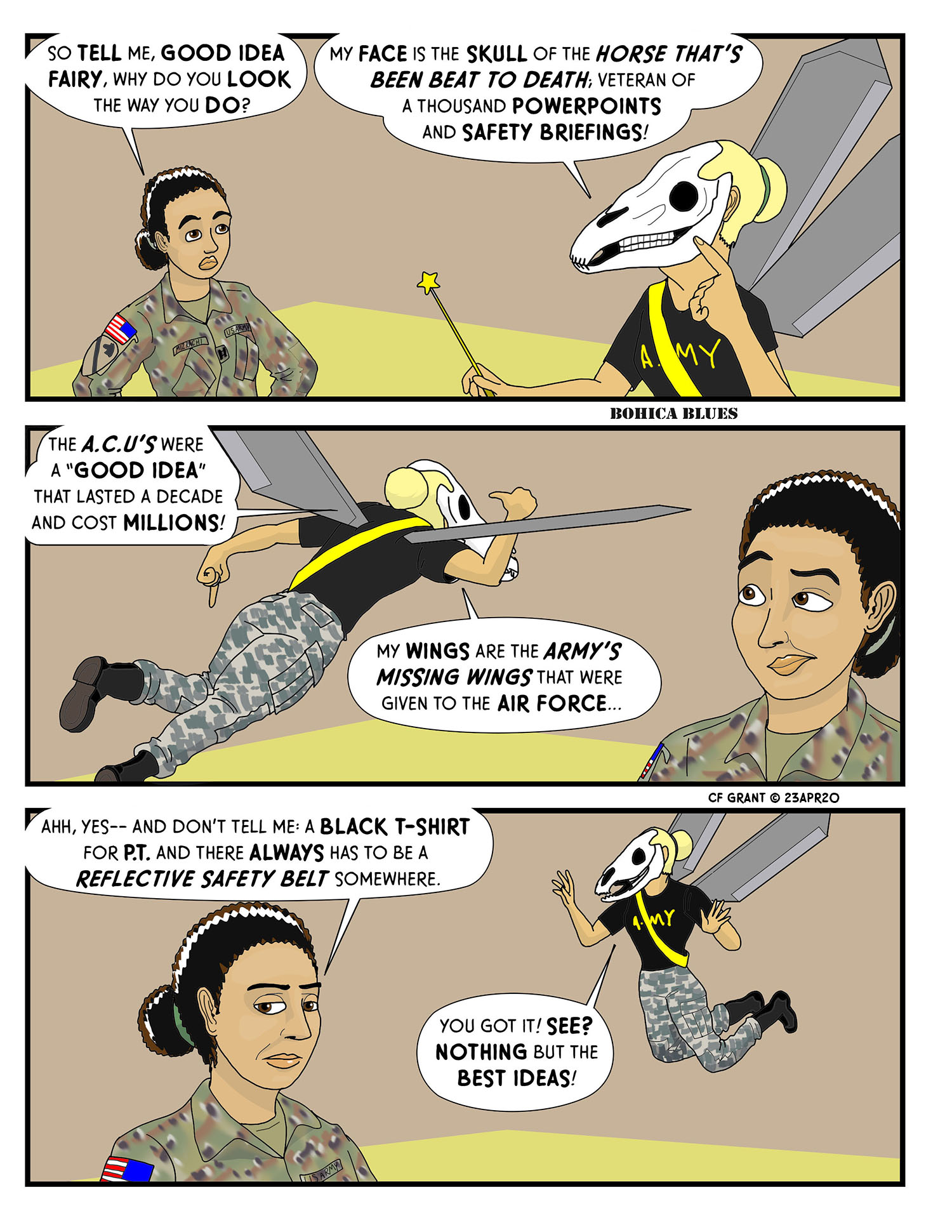 The Why of Things

I’ve been looking forward to explaining my Good Idea Fairy’s appearance for some time– I wanted to have something that symbolized many of the Army’s “good ideas” over the years. There are really way too many to put, symbolically, on one character but I got a bunch that I thought stood out in my mind. About the only one I didn’t include was the black beret, another pointless “good idea” that last for about a decade.

A lot of people forget that the U.S. Air Force used to be part of the Army. It was the “US Army Air Force” or “USAAF” and before that, the “US Army Flying Corps”. During the entirety of World War Two, the “Air Force” technically didn’t exist– they were Army Soldiers in airplanes. Of course they were so different in structure and organization and culture that they were treated as an entirely separate entity, but it wasn’t official until after World War Two that the two forces were split apart from each other and the Air Force stood up separately. That was a “good idea” by someone that took airplanes away from the Army, and now weirdly enough, the Army is now the only branch of service that doesn’t have airplanes of their own. The Air Force, Navy, Marines and even Coast Guard have their own fleets of planes, but aside from a handful of small transport planes, the Army is “wingless” (plenty of helicopters, though).

Also, anyone who has been on an Army post in the mornings know that there are always people or units out running along the roads int he morning, doing P.T, or Physical Training. People getting hit by cars while doing PT is a huge safety issue that always comes up, and yet someone had the “good idea” of issuing PT uniforms that are all black. And I’ve made issue of the digital ACU, or Army Combat Uniform camouflage before– a camouflage that cost millions of dollars but was finally abandoned after 10 years when finally someone admitted it was worthless. The list goes on.