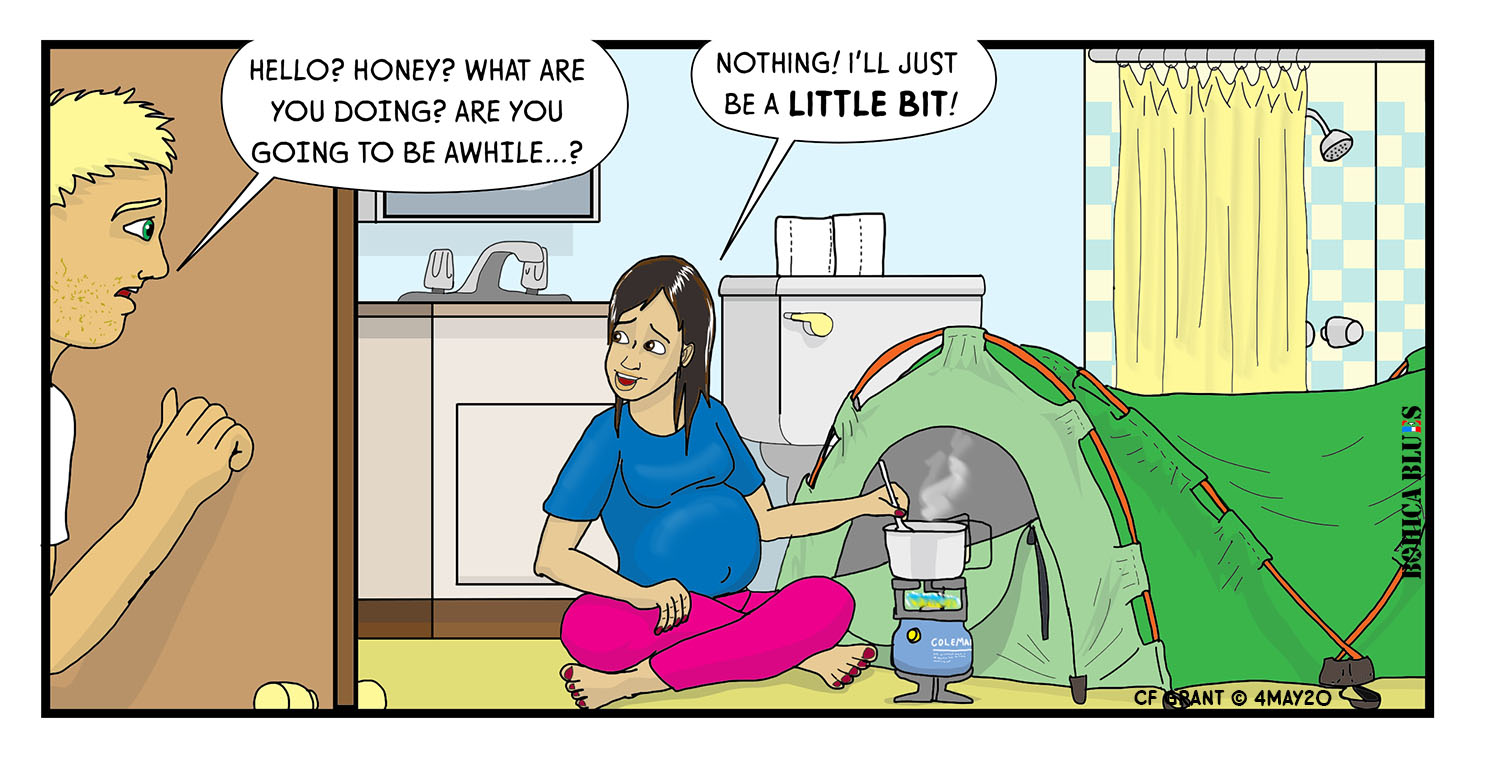 I can’t say as I’ve ever had the experience of living with a pregnant lady, but I have known a lot of them in my circle of friends and family. One universal thing I’ve heard is having to go to the bathroom a lot. Probably something to do with having something about the size of a watermelon sitting right on your bladder, I guess.

It also got me thinking about all the other people in my life that spent a lot of time in the bathroom. Way back in my 20’s, one of my roommates– a guy I’ll call “Ken” here –spent an inordinate amount of time in the bathroom in general but in the shower especially. He probably took the longest showers of anyone I’ve ever met. There were three of us sharing a rental house and we called it the “Ken’s Shower Power Hour”. If we knew Ken was getting ready to take a shower, a bunch of us would try to rush the bathroom first ’cause if we missed our chance and had to go later, we were out of luck. The house only had one bathroom, too, of course.

Remember that in the story, while Juni stays home, Patterson’s wife Chloe and their kids have been staying with her. They’ve cleared out and are staying temporarily with Willow (Philip ALbright’s wife) while Joe is home on leave to give them a bit of privacy. Informal family networks get created when a unit is on deployment. It also helps keep three extra people out of the bathroom!

Sometimes, though, there’s those folks you swear are setting up a tent and a stove and settling in for an overnight at the ol’ bathroom summit. I think once I got in my car and drove to a nearby coffee shop when Ken was just staring his shower.