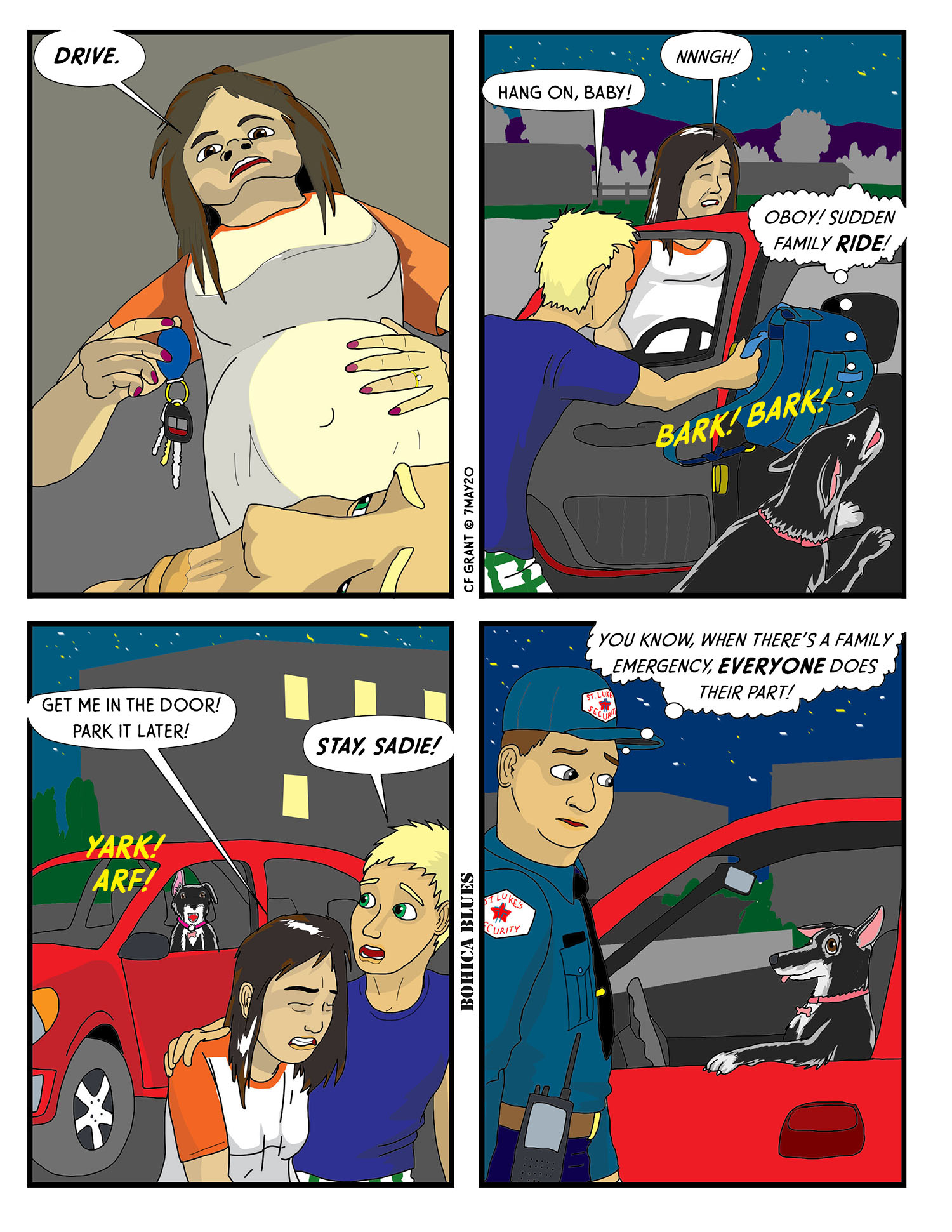 Wake up, Joe… it Family Time! Looks like Juni’s doctor was more or less on the money. Joe gets to rush her to the hospital in the middle of the night since things like these rarely happen at convenient times. They go to a local hospital I know of called St. Luke’s, which is part of an organized group of St. Luke’s medical centers and is actually the largest employer in Idaho, something I only recently found out.

Of course when you’re in a rush like this to get out to the car you don’t have time to debate with the dog; if there’s a sudden, surprise family car ride she’s jumping in there too! One habit I think a lot of dogs have is to sit in the driver’s seat as soon as you leave the car; I suppose the driver’s seat has the human’s smell most concentrated so they like it there. This leads to the appearance that the dog drove the car, and Sadie was probably almost smart enough to do that.

It was kind of strange to draw a comic that featured Sadie prominently– long time readers know that the character of Sadie the dog is based on my real-life dog, Sadie, who died in August. I knew I was going to continue featuring her in the comic since she was already established but until now she was generally off-screen or in the background.

But Joe and Juni have had to do their “rush to the hospital” thing, Juni not remembering to do that measured breathing thing and Joe forgetting to tell her, but the trip from their house to the hospital is fairly quick, maybe about four miles max. And now their lives won’t be the same, and they’ll never be by themselves again.