Whatever Happened To All Our C-4? 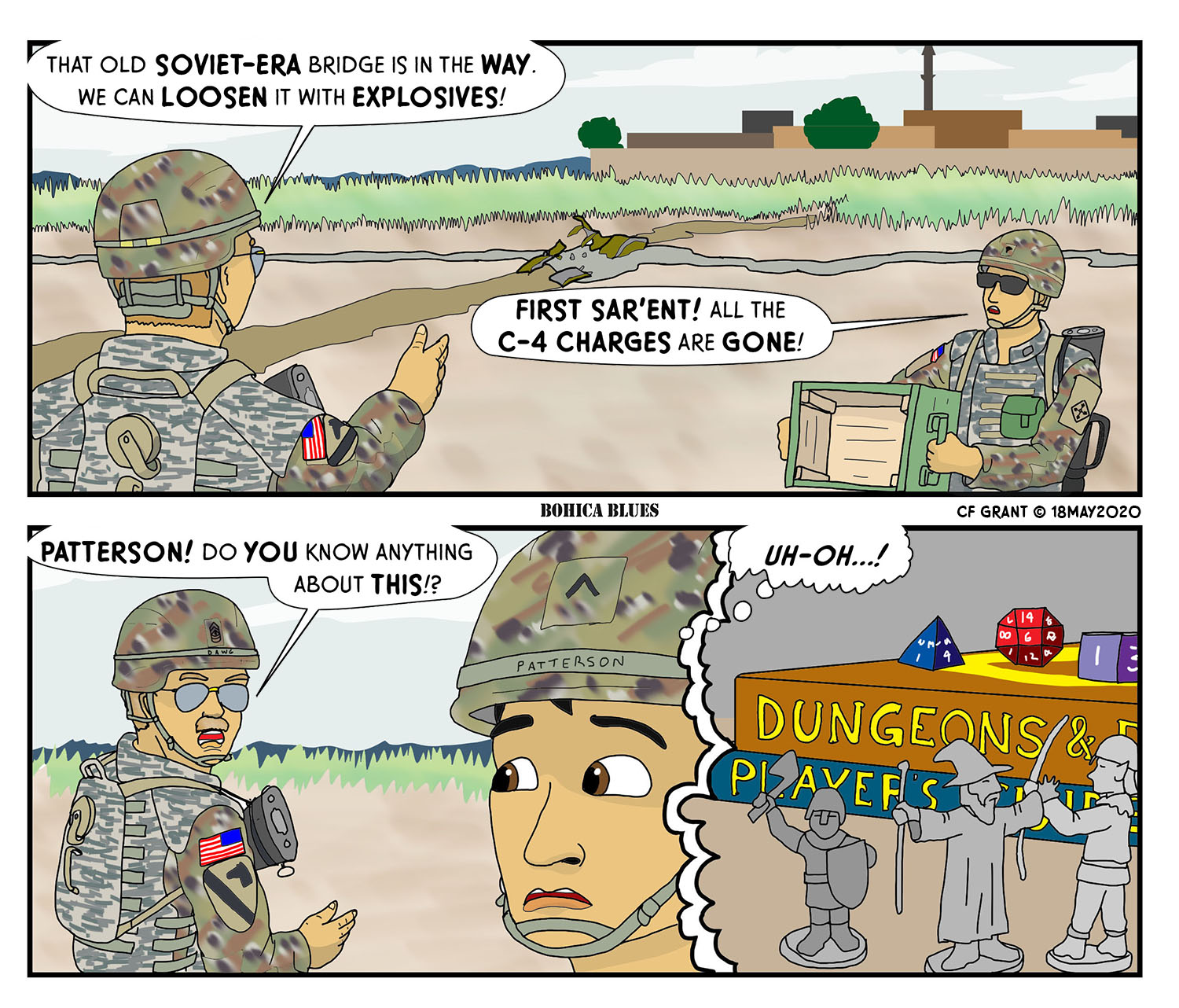 Whatever Happened To All Our C-4?

So, remember a while back when all the art supplies showed up, and Patterson found the “box of sculpture clay”? And the next day, he had a headache and the medic thought it was from dehydration, but it was actually from touching C-4, or “Composition 4 plastic explosives”? Now we know what happened! The guys have been passing some of their down time by playing Dungeons & Dragons, like many of them did on the previous deployment, and Patterson took the C-4 and made tabletop figures for them out of moldable plastic explosives. Great fun!

Interestingly enough, the situation with the old Soviet-era military bridge was something I actually encountered at one point during my deployment. See, way back when, there was an ordinary bridge that spanned a canal, allowing travel between a small local village and some scattered farms nearby. Apparently at one point during the 1991 Gulf War, some pilot bombed that bridge and blew it up. The government of Saddam Hussein sent one of their Soviet-made combat engineer bridge vehicles over to use a military bridge to replace the one that was blown up.

Of course, after the 1991 war, Iraq was under an international embargo, so there were no resources to rebuild everything that had been bombed. Major bridges and highways got rebuilt, but small outlying towns continued to work with what they’d got. In terms of the bridge I saw, it was a still-intact military bridge left there for almost 10 years. In the case of BOHICA Blues, though, the Soviet military bridge had been bombed a second time, because a pilot saw a military bridge and figured it must have some sort of military relevancy.

Now the wreckage is in the way, and the guys have to figure a way to get rid of it. Blasting it apart and loosening it with C-4 is an option, but the C-4 has disappeared, and Patterson seems to know something about it…