Something to Say About That 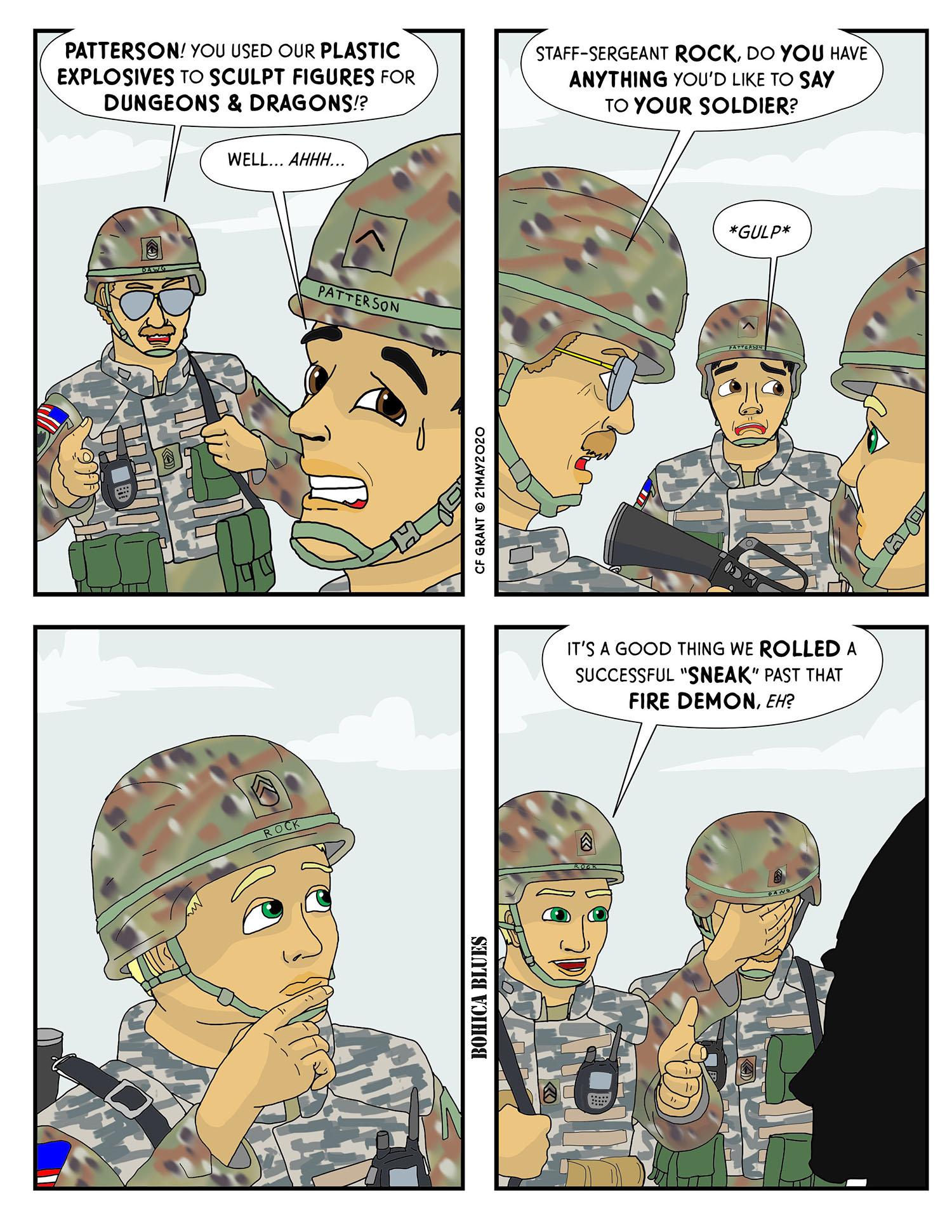 Something to Say About That

Having soldiers under your command is like having kids or dogs. When the soldier, like a kid or a dog, does something bad, then they become “yours”. But when the Sergeant is probably just as nerdy as the soldier he’s supposed to be chewing out, really, how bad is it going to be? Hopefully the Dungeons & Dragons reference isn’t too obscure for non-players. I think there’s enough knowledge of the game out in society to get it.

Sometimes, when playing the game using tabletop figures (as the characters do), players will take actual physical events that happen to the figures very seriously. For example, if the table is jostled and a figure falls over on accident, then it is incorporated into the game that the character tripped and fell down, a sort of “game literalism”. Setting figures on fire because a fire demon spotted them and attacked, though, would be pretty unlikely (I hope).

As far as C-4 or “plastic explosive” goes, the funny thing about it is that, if lit on fire, it will burn really hot, but it won’t explode. The way the explosive material is composed, it needs a small, internal explosion to really set it off; that’s what the job of the detonator is. Detonators, or “blasting caps”, are tiny silver-colored tubes smaller than a typical person’s pinky finger and you insert them into the plastic explosive to set it off properly. Otherwise, we were trained to put out C-4 fires with regular fire extinguishers.

Anyhow, now they will have to work around the lack of C-4 (at least for now) and continue the mission without clearing away the debris of the old bridge.