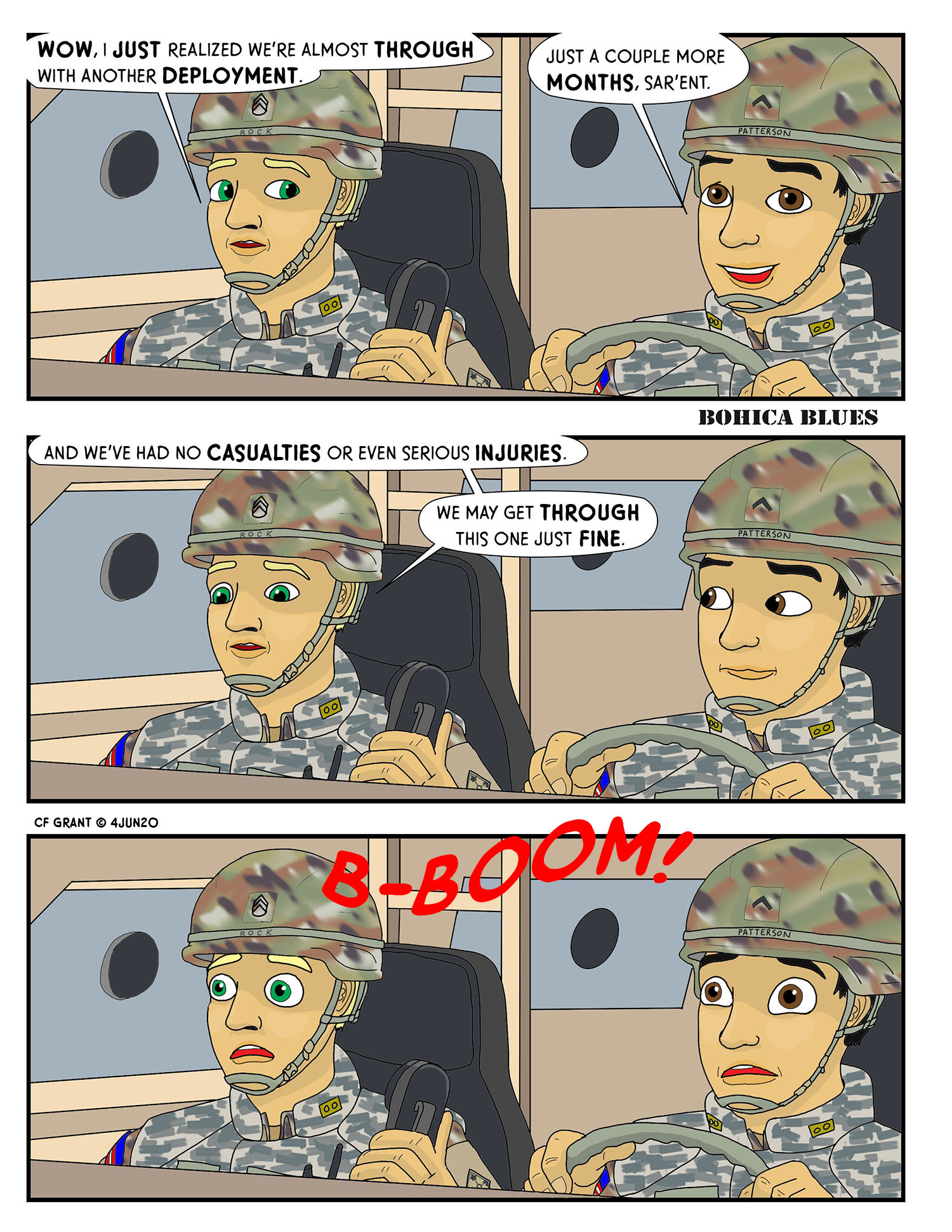 “Don’t Count Your Chickens Before They Are Hatched” goes an old saying– don’t assume everything is going to be fine until everything is done, you could say. It always seems that just as you start to think, “Huh, this isn’t so bad; maybe things are going to be alright!” then that is when everything drops in the pot.

Joe Rock and Brad Patterson are in one of the RG-31 trucks watching as the scout vehicle goes over the bridge to see what is on the other side. Once this mission is done –the bridge, the road to al-Halvah– they turn everything over to the Iraqi troops and begin the process of heading home, mission accomplished… or that’s the plan. They’ve taken fire from insurgents in the area, but it hasn’t been bad and despite some close calls, nothing has really gone off the rails… right?

So this one isn’t so much traditionally funny as it is dark humor, since things are taking an unexpected and darker turn. I hope people stick around to see what’s coming, and also for some announcements coming soon.

Take care of each other out there!