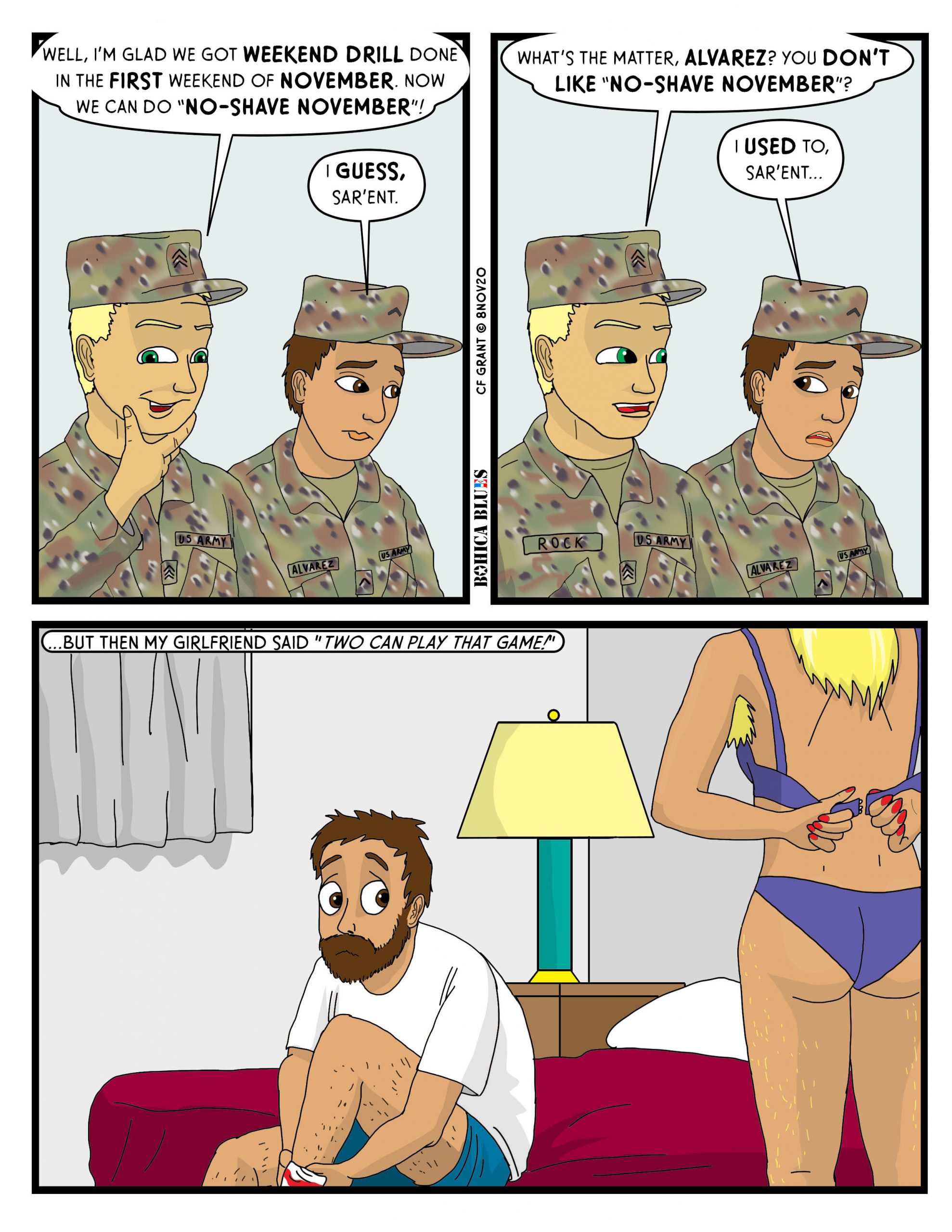 Personally I’ve never been a “no-shave November” kind of guy myself… once my facial hair gets over a week, I can’t stand it– itchy, uncomfortable, and I can’t sleep. Plus my beard is patchy and scraggly so it looks hideous if I do try to grow it out. But I know a lot of guys who love their beards. It seems to be a stereotype these days that once a guy gets out of the military, the first thing they do is grow a big ol’ beard. For them I can understand the appeal, after being told for years that they weren’t allowed.

World War One changed all that, with gas attacks forcing the use of gas masks, which of course need a clean-shaven face to get a proper seal. I’ve heard stories of men returning from World War One battlefields and treating bearded men with disdain (even getting in fistfights) because, if they had beards, then clearly they avoided service. SO shaving became the mark of a soldier, instead.