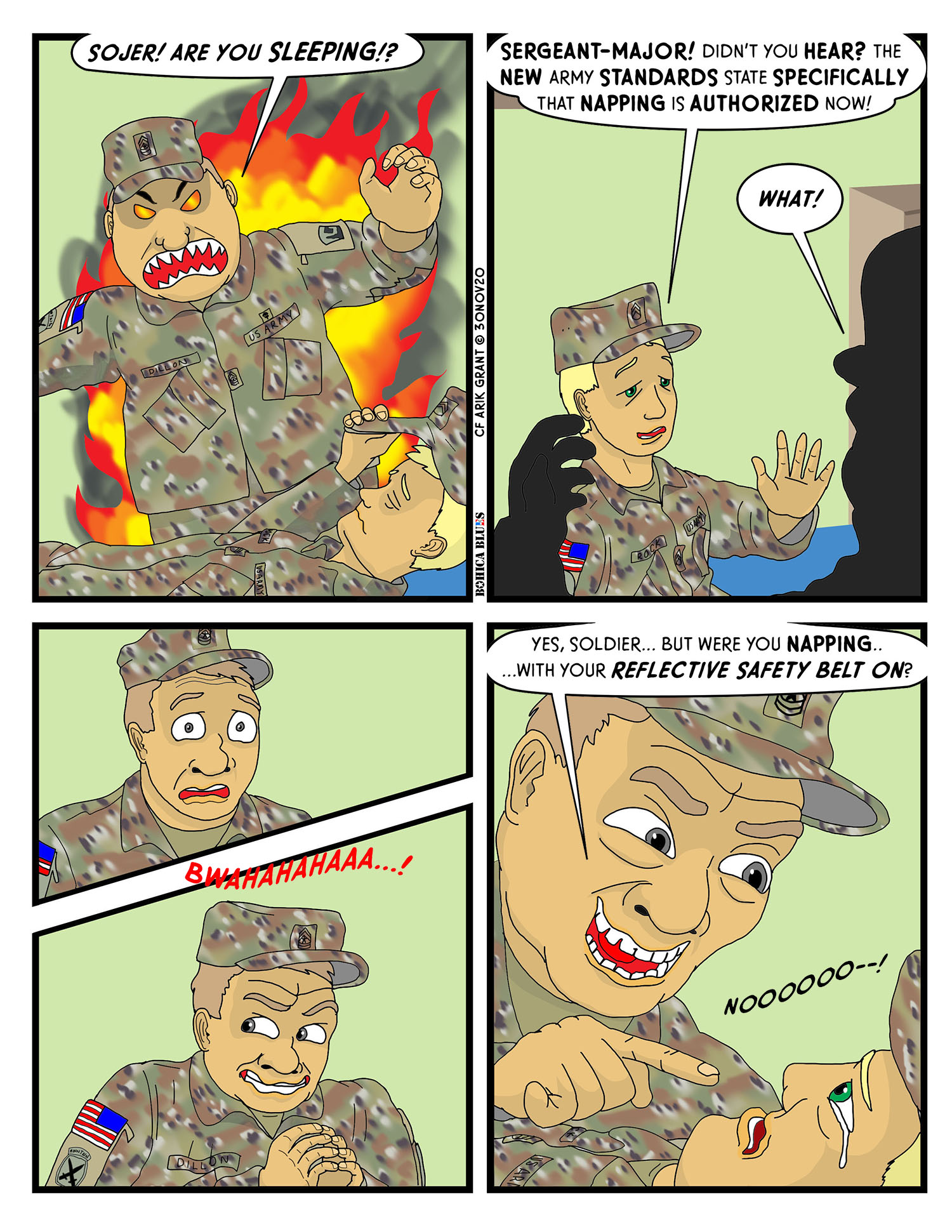 In the famous movie, “Patton”, starring George C. Scott, an early scene has the famous General entering a headquarters and finding a man asleep on the floor. He demands to know what the soldier is doing, and the soldier responds, “I’m trying to get some sleep, sir!” Patton thinks for a moment and tell the young man, “Well, get back on the floor, then; you’re the only sonofabitch in this entire headquarters that knows what he’s trying to do!”

So recently the Army changed its rules and allowed naps. This sounds like such a small thing, but of course for troops this is huge. One of the universal constants of military service is sleep deprivation, while at the same time nearly all operations (especially convoy driving and flight operations) stress the importance of proper sleep for physical and mental acuity. But regardless of that, we all know that each evening before conducting these operations, higher ranks get visited by a flurry of Good Idea Fairies and we’ll be up past eleven, twelve, or one o’clock all night –“2300, 2400, and 0100 hours”– trying to do “one more and then you can bed down” last-minute chore.

I can only imagine the dismay of Sergeants-Major everywhere throughout the military in general and the Army in particular as they realized that they can’t randomly bust the chops of troops for catching those important pre-ops catnaps any more. But being Sergeants-Major, you know they’ll find *something* …and it will probably involve wearing a reflective safety belt so that you’re not a tripping hazard while you’re on the floor, or something.