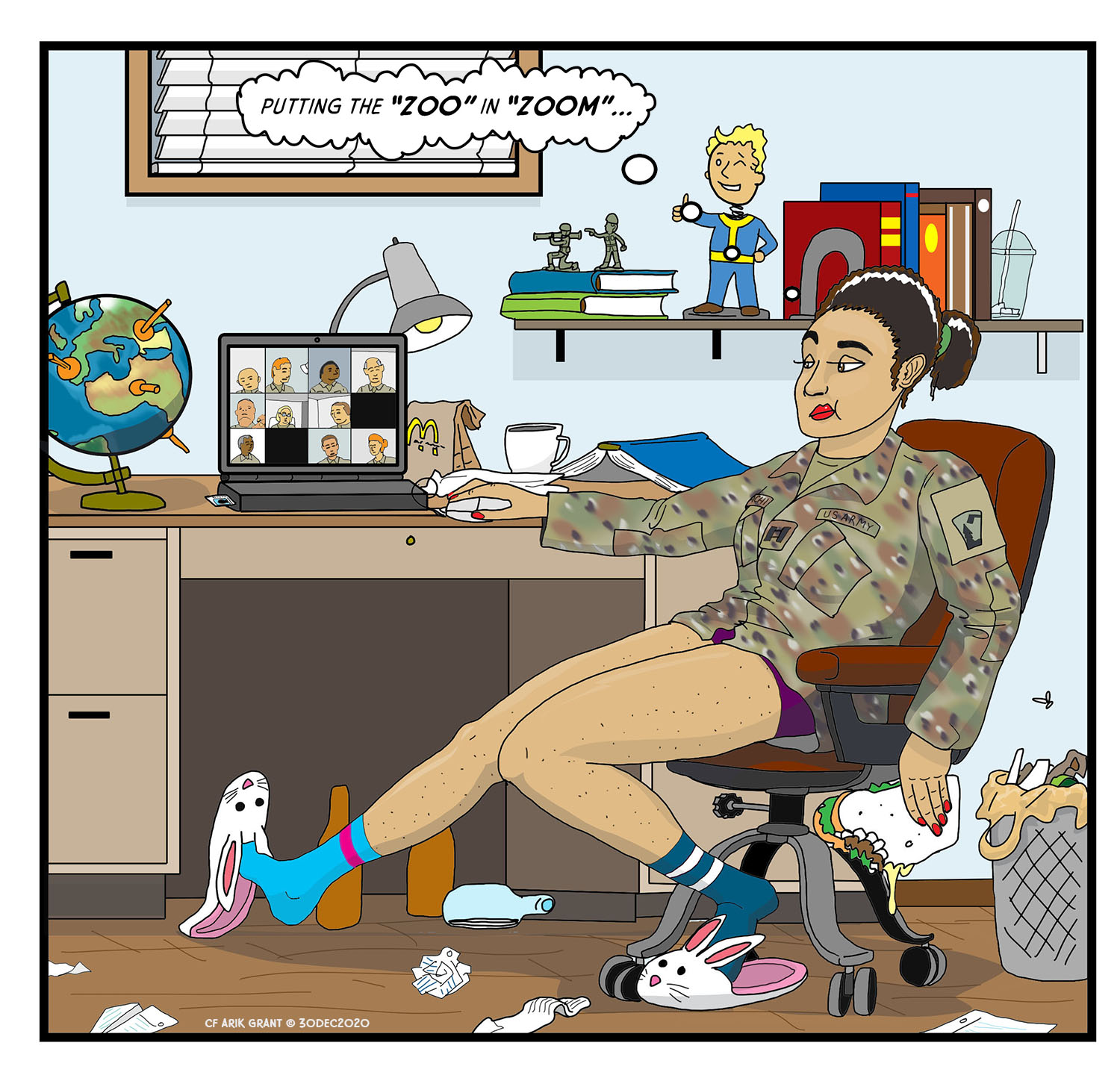 We’ve adjusted to a life online!
I remember, some years ago, seeing a picture of a bunch of soldiers getting ready for a military parade. I don’t remember which military it was –it was European, so maybe German, French, or Russian/Soviet– but it showed a bunch of troops that were wearing ordinary daily workday fatigue pants and boots with dress uniform tops. Shiny buttons, polished medals, and so on on top; comfort on the bottom. The caption explained that they were participating in a military parade, and they were sitting in the back of some sort of troop-carrying vehicle. So of course, they would only be seen from the top, so why bother with the full dress uniform?
I see the same thing happening now. I come home and my wife is wearing a nice blouse, makeup, hair done, and so on, with baggy sweatpants and slippers. I know she’s spent the day on a a variety of Zoom, Skype, or whatever video-conference type meetings. Our nice shirts and such are getting worn out, but our nice slacks, dresses, and shoes are still pristine (if perhaps a coating of dust).
I saw a local business that said “after quarantine, you will emerge as a hunk, a chunk, or a drunk”. Either you spent your extra stress energy either exercising, casually eating, or drinking. It’s possible that some in the Type-A Personality category could emerge as any combination of two.
Good luck out there!