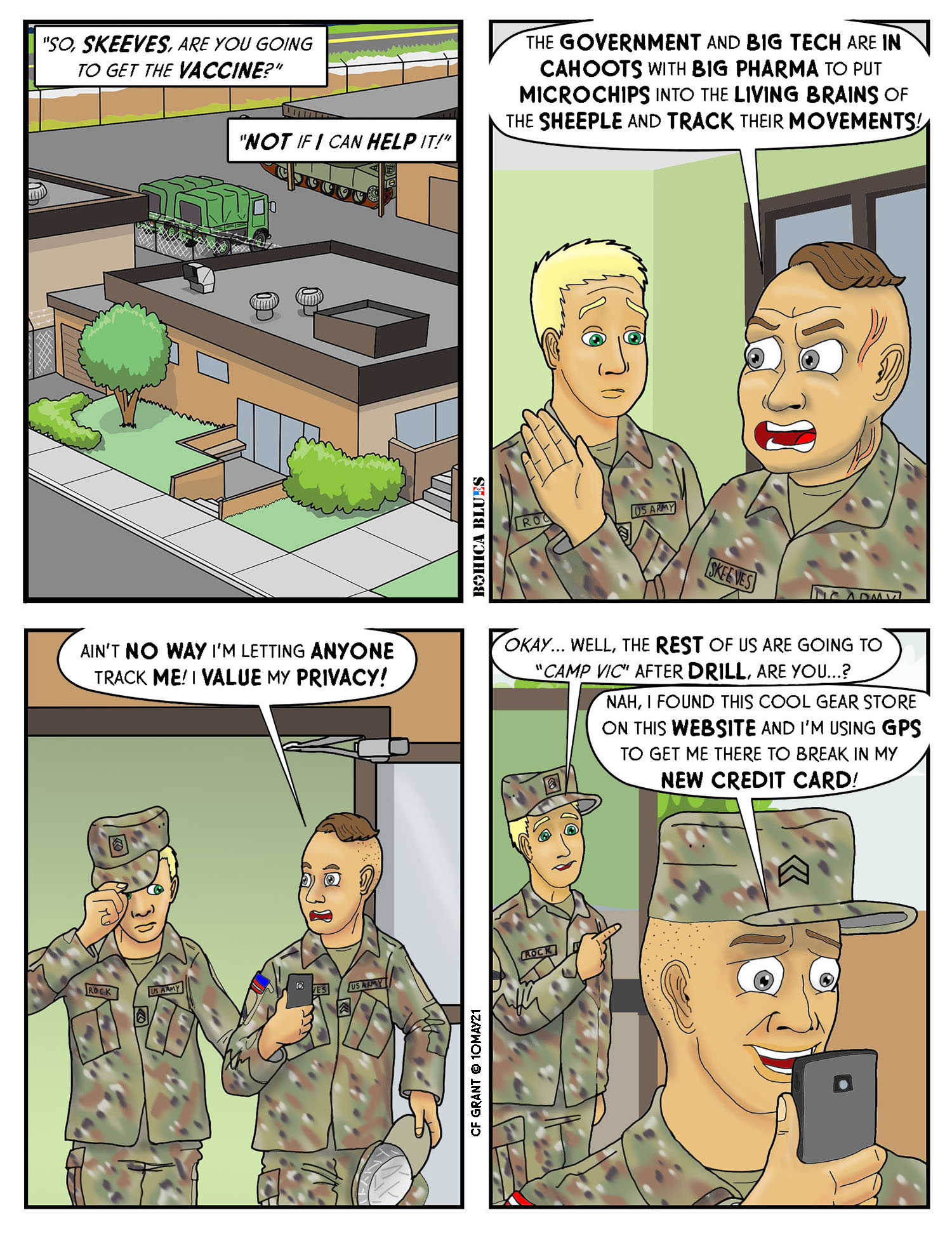 I always hear people talk about the evils of “big government” and comparisons to “1984” and such– and there *are* legitimate concerns, sometimes, to be sure. But the funny thing is, corporations, especially advertising, credit & finance companies, track our daily movements to a degree that even the most all-encompassing government would envy. In all my years of work and service, both military and civilian, “the government” has never bothered me even remotely close to the firehose of advertising I get almost every waking second of every living day.

If you buy so much as a stick of gum with a credit or debit card, you will be hammered with advertising for years. Your social media is a veritable avalanche of targeted advertising, and the funny thing is, you don’t even have to click on an actual ad for a product to get bombarded with similar ads, you just have to “like” a friends post about something that can be identified as a sell-worthy product or lifestyle.

I recently read an article about a woman who had no kids of her own, but she “liked” a Facebook post about a friends baby shower announcement, and she got nonstop ads for diapers and other baby products. It seems so odd that a company would be able to target, laser-focused, on the fact that she “liked” a post, but was unable to see in her own profile that she herself didn’t have any kids.

Advertising is such a fact of life for us these days that it almost blends into the background as just a regular part of the terrain. It was easier to tune it out a few years ago but I think the relatively recent swarm of advertising on YouTube has made me become aware of it again. YouTube has become infamous for swarming videos with ads, trying to browbeat viewers into signing up for their monthly subscription plan just to buy some peace of mind. They’ve stopped allowing people to hit the “Skip Ad” button and even interrupt videos right in the middle of a spoken word.

Walk down the street with your cellphone, and you pass by stores that drop an ad in your feed. Even buying with cash isn’t 100% guaranteed either, since it you have your cellphone with you when you shop, they’ll know you were in the store and ask you to rate your experience. It’s all-pervasive.
So it always seems to me that people are worried about the wrong thing. “The government” isn’t tracking you, it’s the marketers making constant demands, hounding you for time, attention, and more money. I wish people could get as annoyed at that as they do fictional orbital mind-control lasers from the secret cabal orchestrated by the Grey Aliens and Colonel Sanders.

Of course, people need to sell stuff to make a living, so they don’t end up in the street, right? As I gripe about ads, I realize that I myself have used them from time to time trying to get people interested in this very comic business I’m trying to run. No easy answers.