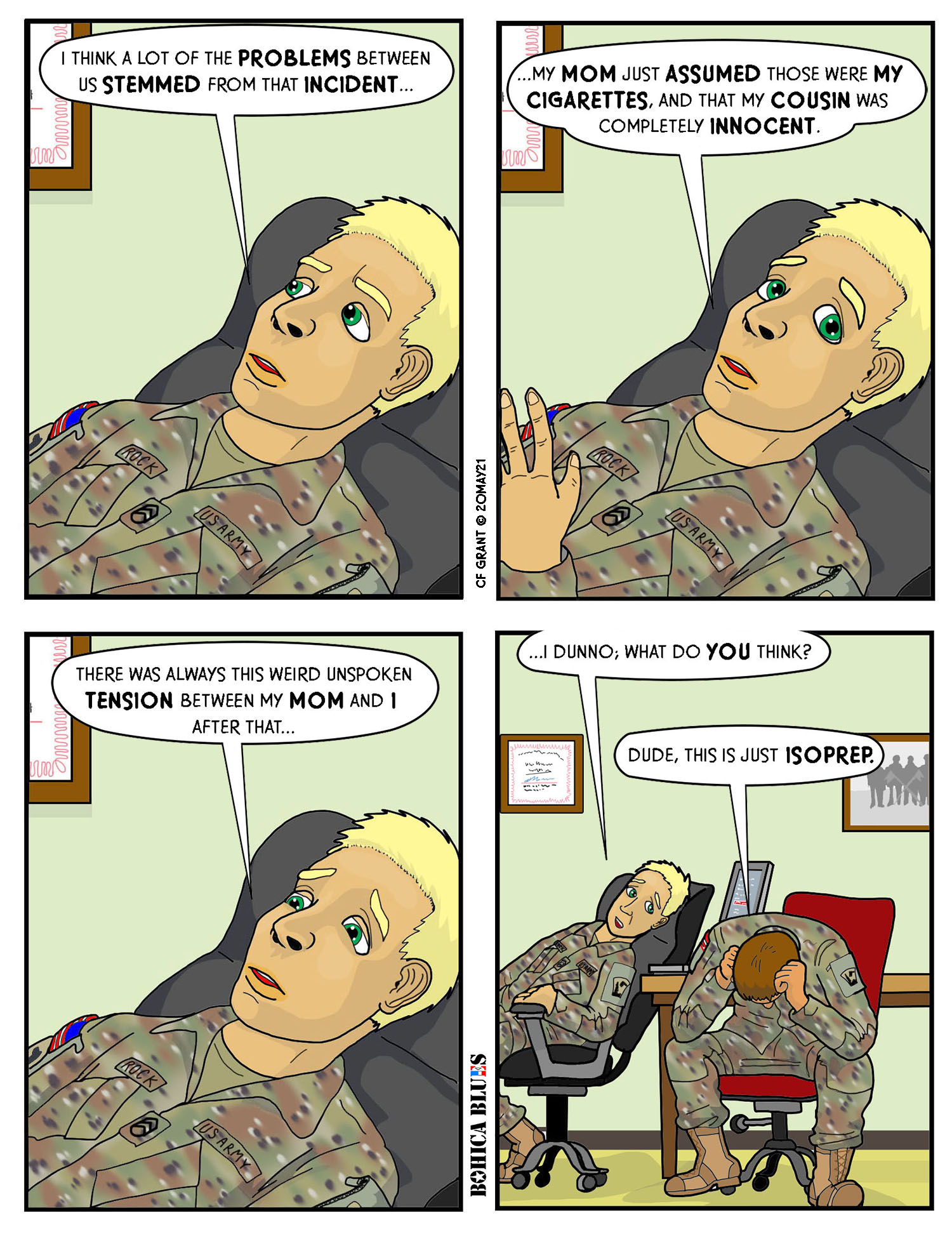 ISOPREP is a real thing. What is ISOPREP? It stands for “Isolation Preparation” or in some departments & agencies, it is “Isolated Personnel Report” and it is designed to help confirm your identity once you are recovered from a long period of captivity or isolation.

“Captivity” would mean just that: in case you are captured by a rival nation’s military, a terrorist group, held as a hostage by criminals, or otherwise detained, the US Army wants to make sure that you can confirm your identity when you are released.

“Isolation” would include a period in which you are separated from US forces but not necessarily captured. Surviving in a remote environment, such as alone in the mountains or on an island for example, can be a mind-altering experience, and rescue forces may need to confirm your identity and check your mental state upon rescue.

In some old movies or war-themed comic books, American G.I.s about to be captured would be portrayed throwing away their “dogtags” so that an enemy agent could not try to use those tags to sneak back into friendly lines using the identity of a captured soldier.

Things may have changed, but if I remember correctly ISOPREP is supposed to be done once upon initial enlistment, and then it won’t have to be done again unless you are going to be deployed, or, before you go on any overseas travel, either for work, military, or tourist reasons. If you spend your entire enlistment without ever facing deployment or overseas assignment, then you’ll probably never see ISOPREP again and may not even remember it in the flood of forms that were filled out while enlisting.

A lot of the identity-confirmation stuff is the usual things one might expect and is typical of identity confirmation requirements for, say, bank accounts. Different types of PII (Personally Identifiable Information) is recorded, that sort of thing. However, one aspect of ISOPREP is to record personal memories of your life that are intrinsic to you and are so deeply embedded in your sense of self that, even if sleep-deprived, starving, or facing torture, you wouldn’t forget them. So sometimes ISOPREP plumbs some personal depths, looking for things that would be reflexive for you to recall but an enemy agent would not be able to replicate. Hence Joe’s sudden turn to introspection in what is supposed to be a relatively straightforward, 15 minute process.

This comic doesn’t mean Joe is going to be deployed anywhere; I just had a flash of insight in how this could be used for humor, so maybe the Battalion just decided to do updates for everyone and Joe got a little too deep.