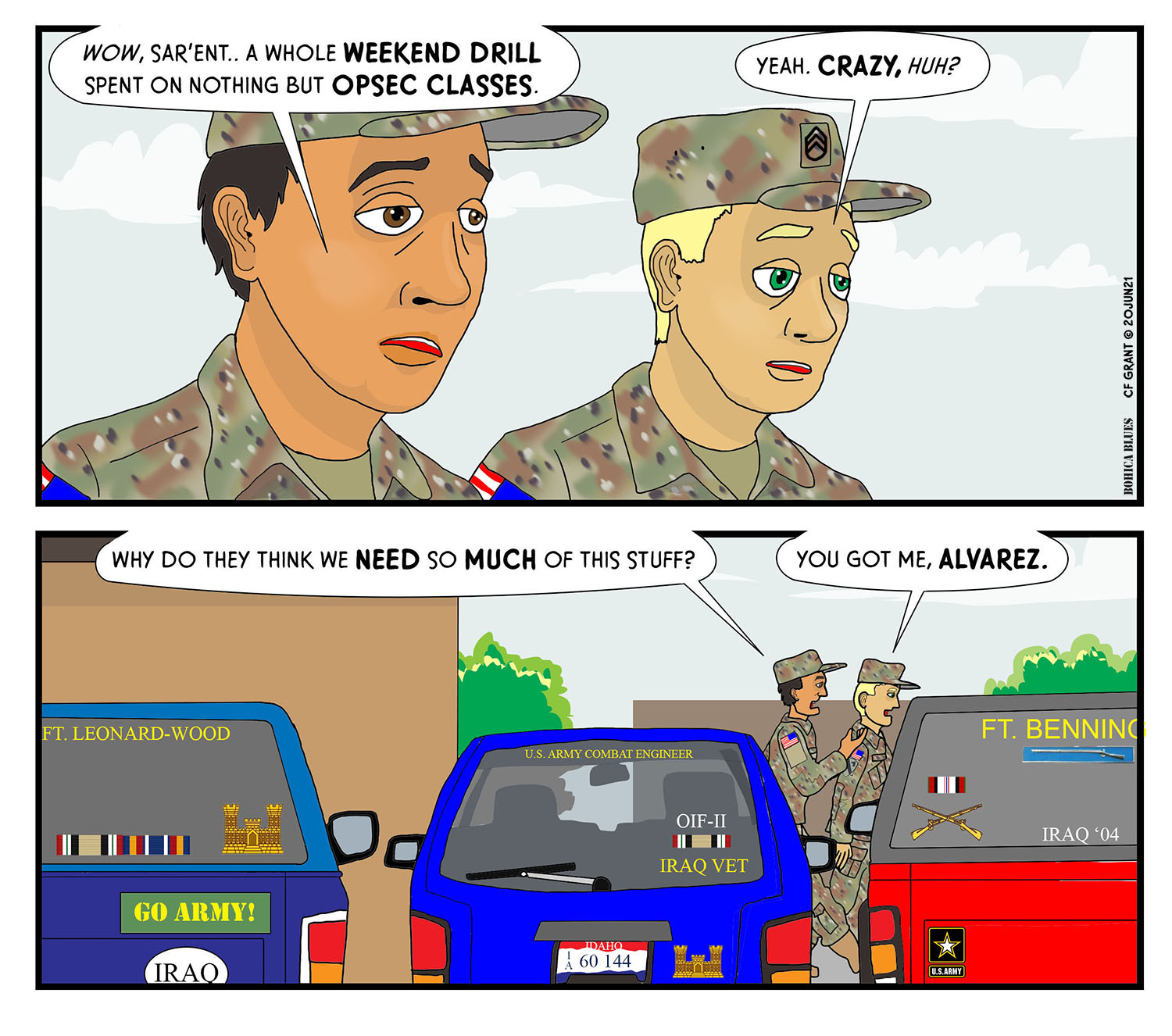 “OPSEC” is “Operational Security” and it encompasses a lot of things, but what it really boils down to is “don’t carelessly talk about Army stuff if it isn’t anyone else’s business”. That said, a lot of troops are understandably very proud of their overall service to their country, and to their service branch. There’s also a desire to express participation in challenging overseas campaigns as well, as a sort of badge of honor.

Some soldiers put so many stickers and “motivational” stuff on their cars that you can, if you have a practiced eye, pretty much summarize their careers at a glance. I’ve heard some peoples’ cars referred to as “rolling 201 files” –the “Two-Oh-One file” being a shorthand for a servicemember’s career-tracking file from the unit personnel office.

I myself shelled out for a “Army veteran” license plate but I do not specify any particular part of the Army or campaign (in my state you can get “Army” or “National Guard” plates, as well as plates that designate “Iraq” or “Afghanistan”). Beyond that I have no other military oriented stickers on my vehicle. I don’t even put any topical stickers about politics or political causes on my vehicle, either. Partly that’s “OPSEC” but also because I am just not a big “putting stickers on my car” kind of guy in general. Plus, it isn’t really anybody else’s business what I do with my time.

It is understandable that someone has pride in their accomplishments, and not just the military– there are stickers and badges for firemen and HAM radio operators, and medical professionals, and so on. There are also accomplishment stickers for marathon and half-marathon runners, as well. People like to say, “Hey, I did this cool thing!” and that’s cool (it is always better, in my opinion, to play up what you’ve done well, instead of smack-talking shortcomings others may have had).

I think the only reason I would downplay Reserve or Guard membership would be to make it less obvious that I am going to be away from my house one weekend a month, but again that will be up to individual perceptions of need.