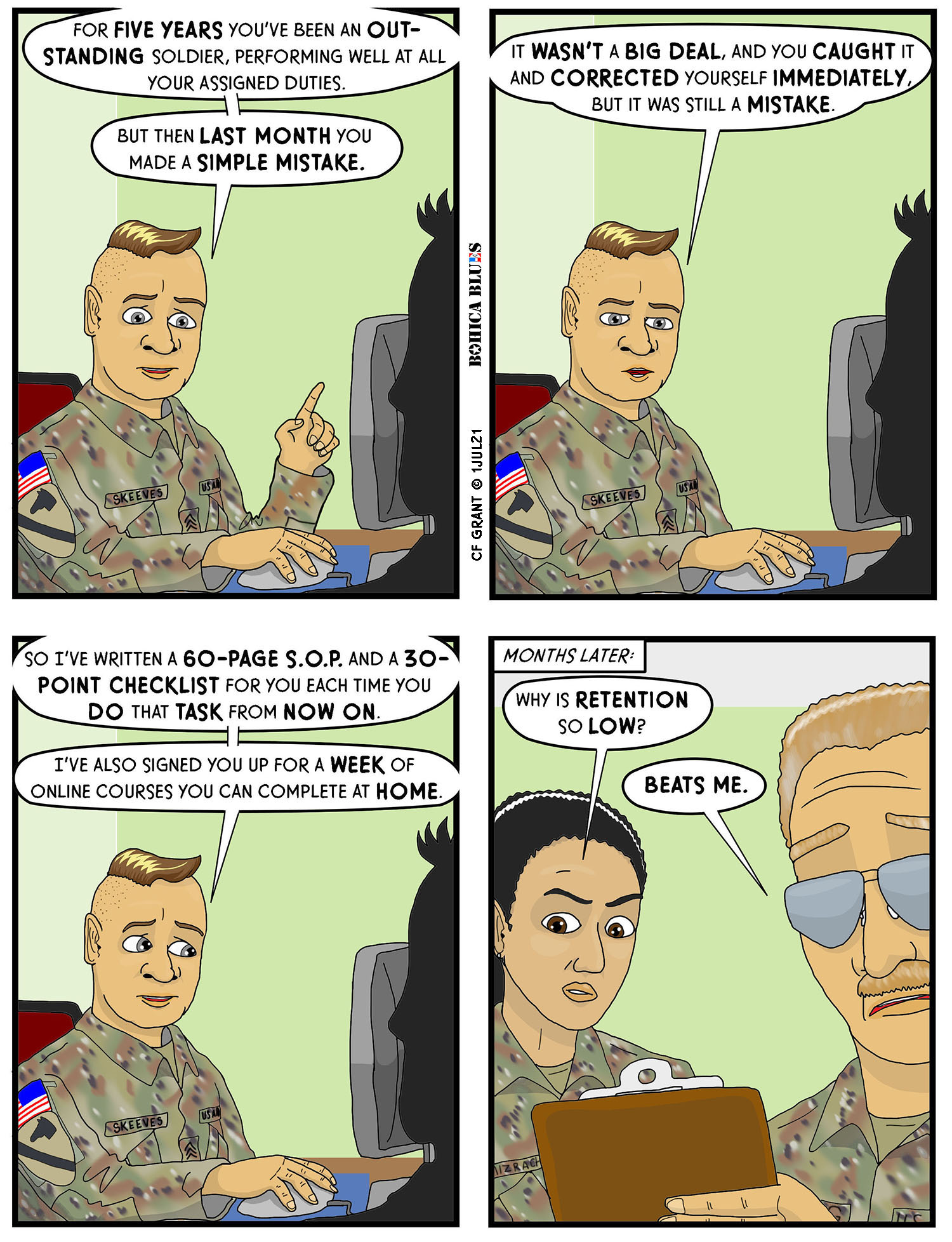 “Counseling” is a process that happens (or, at least, is supposed to happen) at regular intervals. Despite the name, it isn’t like a psychological counseling; it is more like an “employee appraisal” in the civilian world. In an ideal setting of Active Duty I believe it is supposed to be quarterly but I have never known it to be done so regularly– twice a year is more normal. Also, if we adhered to a quarterly review schedule, then for National Guard and Reserves that’s pretty much all that would ever be done during weekend drills. Annual counseling, once a year, is also common even though it is kind of the bare minimum.

That said, there are times when a soldier could go for two or three years without a counseling.

Counseling took on a bad reputation for a long time, and sometimes is still seen as something with negative connotations. Frequently, the only time a front-line leader would draw up a “counseling statement” for a soldier was because of a perceived misbehavior that needed to be documented… mostly for the purpose of collecting negative evidence that would be used in future disciplinary actions.

It isn’t supposed to be like that, it is supposed to be a way to chart a soldier’s course: acknowledging previous achievements, constructively critiquing areas that needed improvement, and setting goals for future success.

In this case, Sergeant Skeeves –my go-to example of a toxic junior leader– has adopted one of the worst types of “leadership” and counseling in my opinion, the “zero defects” type that overlooks great performance and focuses on the one time things went wrong. This leads to a desire to over-correct the soldier, by adding burdensome and infantilizing micromanagement (the bulk of which will fall on the soldier’s shoulders rather than his own).

I’ve worked for a lot of different people, military and civilian, and it’s these over-correcting types that I have typically found the most irritating. If higher leadership is wondering why retention is bad, maybe it’s time to take a look at exit interviews and try to get candid feedback. It may be too late for the guy or gal that has decided to leave, but there may yet be time to improve things for others.