Changing With the Times 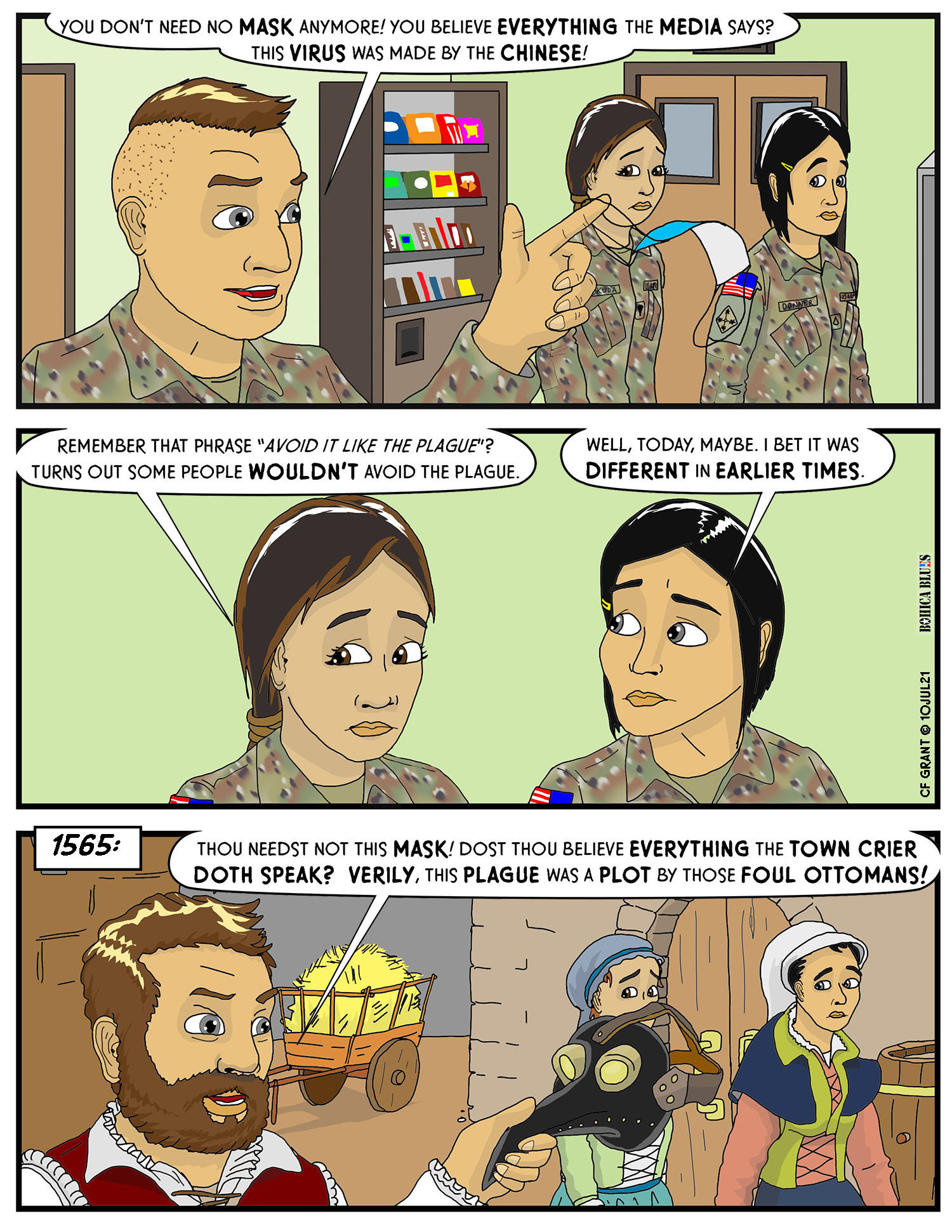 Changing With the Times

You just know that, way back when, someone was saying “Plague? What plague? It is naught but propaganda from those foul Ottomans/Moors/French/English/etc!”

I have a suspicion that, throughout time, there has always been people who doubted whatever the conventions of the day were. We like to think we’re onto something new with each passing year but there just seems to be something hard-wired into human DNA that questions whatever the wisdom of the moment seems to be… and what makes it more frustrating, we won’t really know the details until years later, with the benefit of hindsight.

I mean, to me, some stuff is obvious, sure. There’s definitely a pandemic happening, and it is mutating into the “Delta” variant which seems to be more dangerous. But as some people start to re-adjust to wearing face masks again, it is important to remember that face masks are not a sort of magical totem. Wearing a face mask properly protects the wearer somewhat, but what it really does is protect others by keeping your germs to yourself. So if you might be infected, you won’t infect others. The “Delta” variant of COVID spreads easily from people who do not yet realize they are sick– that’s how it works.

Those old “plague doctor” masks that made people look like crows didn’t really work the way people thought. The beaks were filled with herbs like Lavender that were supposed to help prevent the “vapors” of the plague from reaching the doctor. They did limit how much breath droplets the old Medieval “doctors” got on their patients, so in that they “worked” but that wasn’t the intent. It was the conventional wisdom at the time, and doubters were probably mocked… but history showed that they had reasons to doubt the effectiveness of the masks, at least.

Did anyone flat-out deny the actual plague itself? Who knows. But no matter what, take care of yourselves and each other, and see you next comic.